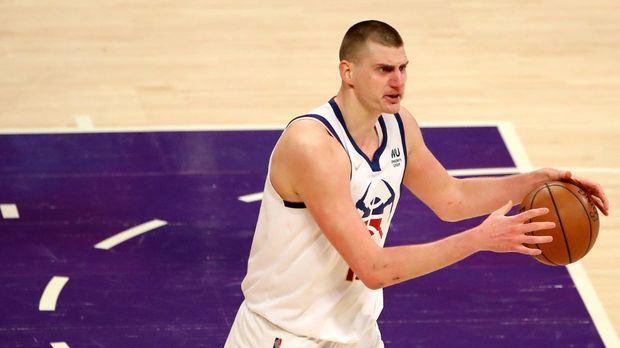 Denver / Munich – The new MVP Nikola Jokic comes under pressure with the Denver Nuggets in the play-off quarter-finals of the NBA. The team from the Serbian Star Center, which had been voted the most valuable player in the league for the first time the day before, lost to the Phoenix Suns 98: 123 and is already 2-0 down in the best-of-seven series. Jokic was the best scorer of the game with 24 points.

Meanwhile, Utah Jazz center Rudy Gobert was named Best Defensive Player of the Season for the third time. The Frenchman had already received the award in the 2017/18 and 2018/19 seasons, only Dikembe Mutombo and Ben Wallace (both 4) and Dwight Howard (3) had won it at least three times.

Gobert had led Jazz to the best main round of all teams this season (52 wins, 20 losses). In the play-off quarter-finals against the Los Angeles Clippers, Utah is 1-0 ahead.