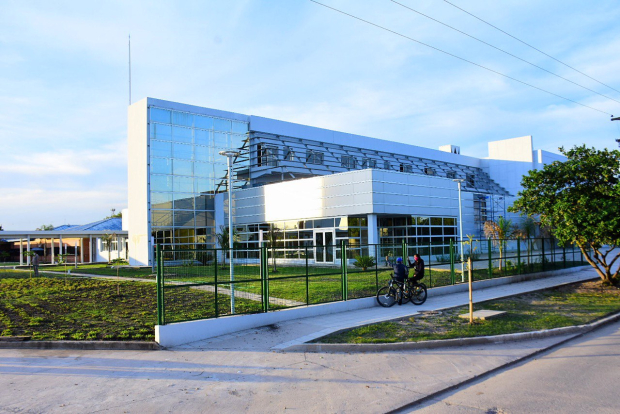 In this regard, the engineer Gustavo Farías, director of Nuclear Medicine and Biotechnology, expressed his wishes that the work could be completed soon. In addition, he provided details on the installation of the latest generation equipment.

In this sense, he indicated that beyond the health crisis due to the effects of the coronavirus “which in 2021 in the province has hit us much more strongly, there is a commitment on the part of the construction company, of the Central Program Administration Unit (UCAP) –organism in charge of the control of the work-, and also we as professionals collaborating with the advice to the companies that have to carry out the installation of the equipment ”.

He added that even “there have been positive cases of COVID among the workers themselves and all this leads to a logical delay within what was planned.”

Likewise, in relation to this, he added to this Agency that “the times that had been set are being met”, since “we wanted to reach June with a date for the installation of the equipment.”

Along these lines, he estimated that “60 days” would require approximately the installation, conditioning and fine-tuning of the equipment. “With which we believe that it would be functionally completed and approved in August or September,” he emphasized.

After that, he said, another stage will continue “which is not minor”, which consists in that “the enforcement authority, which is the Nuclear Regulatory Authority (ARN), has to enable us so that the Center can effectively function” .

See also  If you have COVID, there is no way to avoid a severe condition

In another section of the interview, Farías recalled that with the management of the macrismo the works were completely paralyzed: “We lost four years that unfortunately are not recovered, with equipment purchased with more than half of the finished building,” he failed.

However, thanks to the political decision of Governor Gildo Insfrán, the province resumed the works with its own resources, since it is a Center, where “as health professionals, we have the need to work to cover the province and the region with a much higher technological level than currently exists ”.

Engineer Mauro Canalis is a physical specialist in radiotherapy and is part of the team of professionals that will work at the Center for Nuclear Medicine.

“Radiation therapy is a discipline that involves many specialties, in my case I deal with machines, that is, being the technological arm that helps the doctor to ensure that the therapy is in accordance with the quality standard,” he explained in dialogue with this Agency.

He went on to say that “being a nuclear sector, it has certain laws that must be complied with, such as controls of different frequencies: daily, monthly and yearly, according to what is required for the treatment of the patient to be the best possible.”

For this reason, he stressed that “once all the technology is accepted, controls must be carried out for life”, which are necessary “for everything to work properly” because it is state-of-the-art equipment.

Finally, he specified that for people who are going to work in these areas, “they ask us for a series of permits that take several years of theoretical training and then also for their application”, so that “the application authority takes no less than three years to give permission and be able to work within the radiotherapy area ”, he completed.