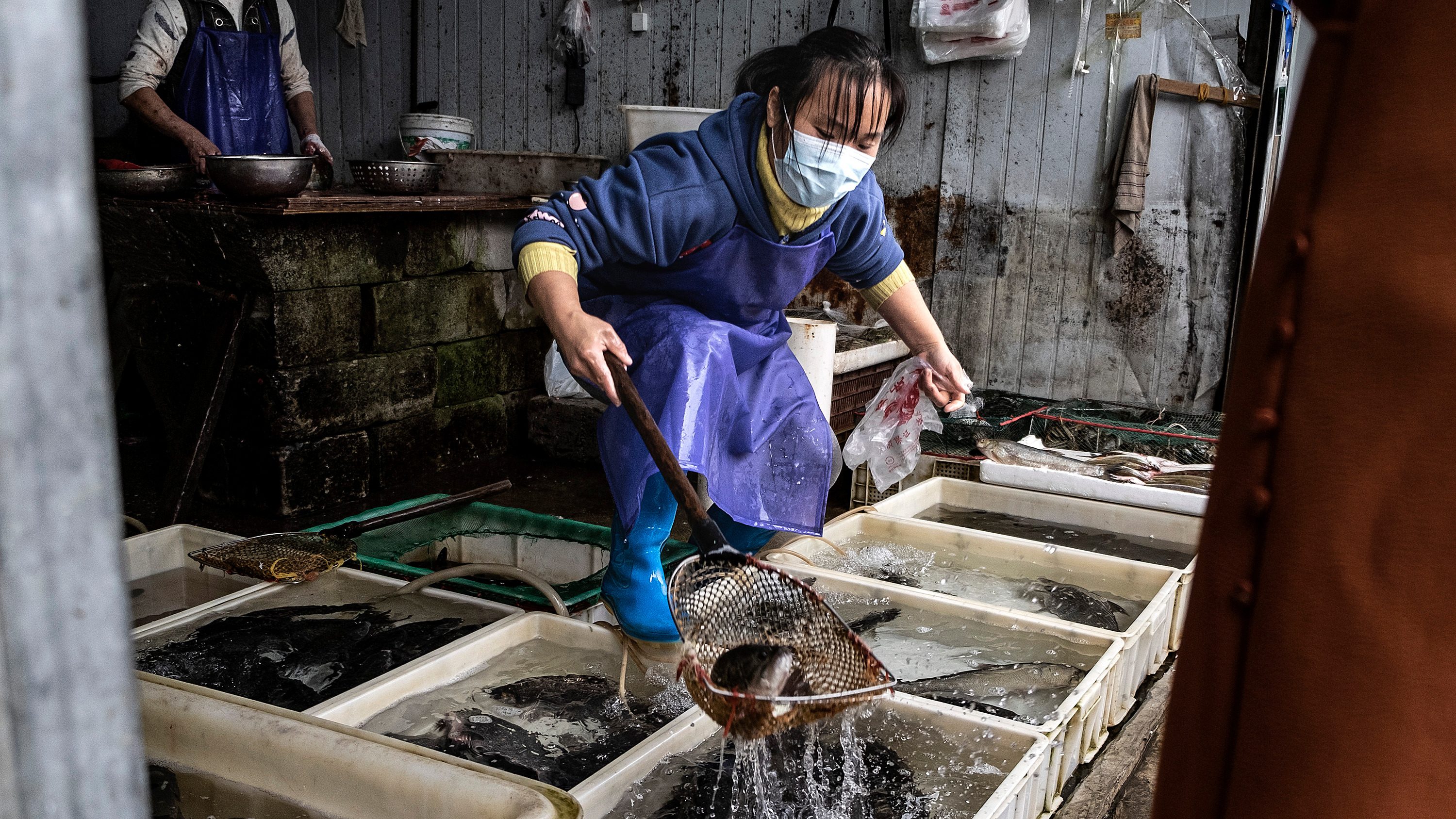 now we know where it all began

The earliest cases of Covid are all associated with the Wuhan wet market, where live animals were sold. Spillover between the stalls on the southwestern side.

In November last year, a study published by scientist Michael Worobey of the University of Arizona in Tucson (United States) identified the first case ascertained of infection and coronavirus SARS-CoV-2a woman who sold seafood at the infamous Huanan fish market (Huanan Seafood Wholesale Market) a Wuhan; new research published in Science, a continuation of the first survey, not only determined that the wet market was theepicenter of the initial epidemic stage, but also discovered the specific area from which the pandemic pathogen it spread from the animals to man. The first cases of positivity are in fact all associated with southwestern side of the fish market, where they were located between 10 and 15 stalls in which live animals (mammals) were sold for fur and the carne. Here the infamous would have occurred spillover – the leap of species from animal to man – of the coronavirus, which to date, according to the interactive map of the Johns Hopkins University, has officially caused almost 6.4 million deaths in the world (171 thousand in Italy alone) and 573 million infections.

The new investigation was conducted by an international research team led by scientists from The Scripps Research Institute and the University of Arizona at Tucson, who collaborated closely with colleagues from the University of Edinburgh’s Institute of Evolutionary Biology. (United Kingdom), the Sydney Institute for Infectious Diseases of the University of Sydney (Australia), the Global Virus Network (GVN) of Baltimore (United States), the University of Saskatchewan (Canada) and other institutes. The scientists, led by Professor Worobey, came to their conclusions after conducting an in-depth study spatial and environmental analysis using various tools (including social network reports), thanks to which it was possible to associate all the first cases of positivity to the Huanan fish market, both among sellers that among the customers. In a World Health Organization (WHO) document it was reported that 174 people were infected with the SARS-CoV-2 coronavirus early in the outbreak at the end of 2019. Professor Worobey and colleagues determined that among them 155 lived near the west bank of the Yangtze River, where Wuhan’s markets are concentrated. The researchers rule out randomness, due to the very strong statistical association. It should also be borne in mind that the 66 percent of people hospitalized by January 2020 had a direct link with the market.

Researchers have mapped the areas in which they were collected i positive samples coronavirus SARS-CoV-2 (about 600) and crossed them with places where people were infected. By crossing all the data, one was identified concentration of positivity in the southwestern area of ​​the market, where there were about fifteen stalls where various species of live mammals, susceptible to the pathogen, were sold. Among them raccoon dogs, red foxes, porcupines, rats, rates, hares, marmot e muntjac of China, small deer. Even if the “smoking gun” is still missing, as scientists explain, it is likely that among these animals there were infected specimens, the intermediate tank of the coronavirus passed from a bat, which here would have made the leap of species to man. “We show that the first known cases of COVID-19 from December 2019, including those with no reported direct links, were geographically centered in this market. We report that live mammals sensitive to SARS-CoV-2 were sold in the market at the end of 2019 and, within the market, environmental samples positive for SARS-CoV-2 were spatially associated with vendors selling live mammals ” , the scientists wrote in the study abstract. The virus was detected on the cages, on the counters and on the grates of the drains. “Although there is insufficient evidence to define the upstream events and the exact circumstances remain obscure, our analyzes indicate that the emergence of SARS-CoV-2 occurred via the wildlife trade in China and show that the Huanan was the epicenter of the COVID-19 pandemic, ”the experts said.

See also  United States: the Supreme Court inflicts a setback on Trump in the investigation into the assault on the Capitol

Johnson & Johnson vaccine restricted by the FDA for thrombosis risk: what we know

The researchers also identified two different strains of SARS-CoV-2 in the market, lineage A and lineage B. “This suggests that both variants originated independently in the market and helps confirm the researchers’ hypothesis that the early spread of the infection started there,” the study authors wrote. The first human case would have occurred around November 18 in the market due to lineage B. “These are the most compelling and detailed studies of what happened in Wuhan in the early stages of what would become the COVID-19 pandemic” Professor Stephen Goldstein, co-author of the study, said in a press release. “We have convincingly demonstrated that wild animal sales at the Huanan market in Wuhan are implicated in the first human cases of the disease.” The details of the research “The Huanan Seafood Wholesale Market in Wuhan was the early epicenter of the COVID-19 pandemic” have been published in the authoritative scientific journal Science.