now a foreigner dominates the market

This year there was a change in processing leadership, historically dominated by national companies. Lower livestock stock and the fall of SanCor

In line with the trend of recent years, the dairy business in Argentina continues to move towards concentration and continues the trend of closing drums of the last two decades. Only from 2021 to this part 370 establishments stopped operating and the cattle stock marks a drop of 30 percent compared to the 2010 decade. The number of dairy cows distributed adds up to 1.5 million copies and the operating dairy farms total just over 10,000, although 400 of these enterprises concentrate almost 25 percent. percent of the total production of milk and derivatives.

These data are part of the most recent report of the Observatory of the Argentine Milk Chain (OCLA), which showed as another novelty that Canada’s Saputo ranks first on the payroll of the companies that process the largest number of liters of milk. Behind the North American company is Mastellone, historical leader in the segment, followed by Williner-Illolay, Punta del Agua, Noal SA, Adecoagro and Nestlé.

As he was able to verify iProfessional, SanCor recently ranked 12th among the firms that process the most. Milkaut, Corlasa, Tregar and Verónica are some of the companies that outperform the union of cooperatives.

Dairy business: how much milk is processed

In terms of volume, Saputo receives more than 3.78 million liters of milk per day, while Mastellone receives around 3.45 million. SanCor hardly exceeds 533,000. The Canadian today holds the highest position in terms of cheese exports and is also a major player in the sale of powdered milk abroad. In addition to its homonymous label, Saputo markets its products through brands such as Molfino, Ricrem and La Paulina.

“In Argentina, in the analyzed period, the average industrial turnover it was u$s0.62/liter of milk, much better than that of the same period the previous year, not explained by a real improvement but fundamentally by the strong exchange delay. This value, for example, for the top 20 ranking of the world’s dairy industries is close to US$1.00/liter of milk (IFCN),” says OCLA.

“Within the top 10 industries, 36 percent of the production received is in the hands of multinational companies (with its parent companies in other countries),” he adds. 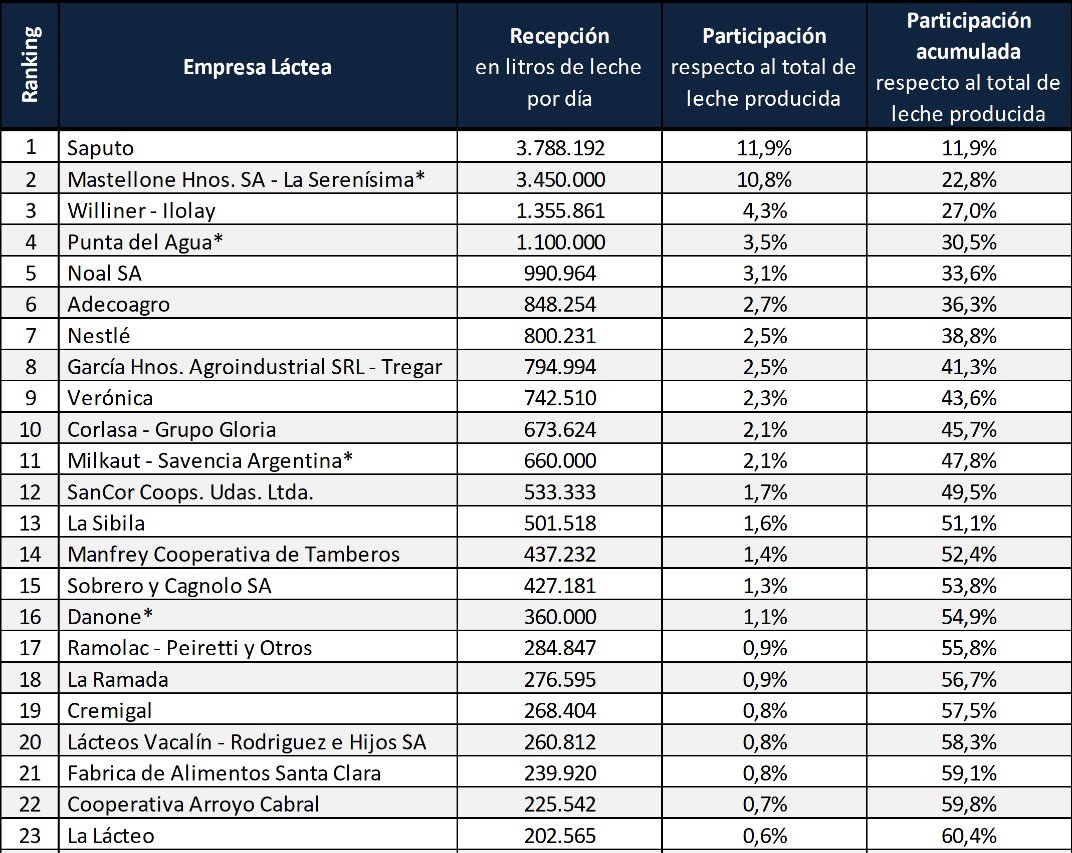 In line with the latter, the observatory points out that the cooperative system for receiving milk today represents less than 5 percent of the market.

Milk in Argentina: what happens with the dairy farms

The OCLA report mentions 10,076 active dairy farms in Argentina with a total of 1.52 million dairy cows. Versus 2021, in this year the livestock stock decreased by 49,522 copies and the closure of production units reached 370 establishments.

According to the observatory, the closing rate is consistent with the trend that prevails throughout the world. Outside our country, in the territories where the dairy activity takes place, the index of establishments that cease their activities is 4 percent per year.

See also  Outlook: Altair Engineering A takes stock of the past quarter | 05/04/22

Barely 400 dairy farms produce almost 25 percent of the milk that is generated daily in Argentinaa.

“The concentration is going to accelerate in the coming years due to the economic conditions and the sectoral policies that the sector suffers. The profitability problems and the measures that the government has been implementing complicate the boys more,” said Jorge Giraudo, executive director of the OCLA. 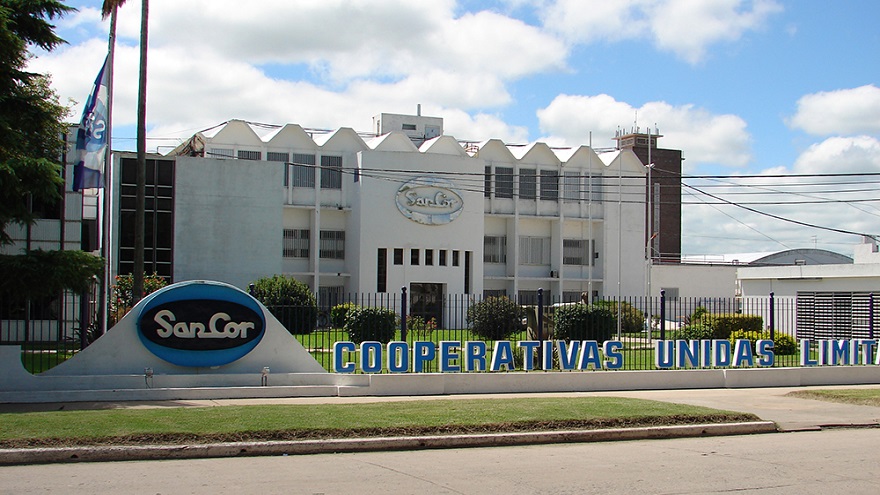 SanCor is still out of the “top ten” of the top milk processors.

To then conclude: “In order for Argentina to improve its productive efficiency, it is necessary to invest. But that requires fundingwhich is what those dairy farms that do not have sufficient financial resources of their own need”.