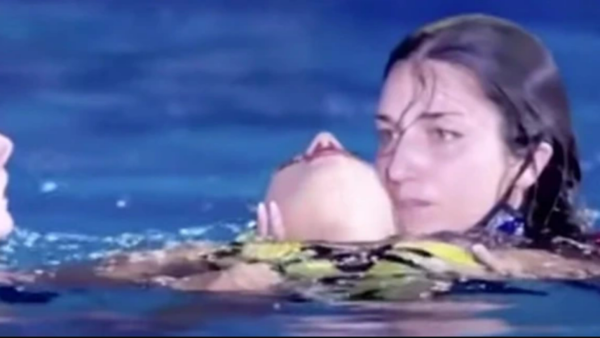 Not the first time.. this is what happened to a swimmer who was close to death

The American Olympic swimmer, Anita Alvarez, occupied the world during the past hours, after she came close to death yesterday, Thursday, when she fainted during her performance in the rhythmic swimming competitions at the World Swimming Championships currently being held in the Hungarian capital Budapest.

However, this was not the first incident in which the 25-year-old suffered from fainting, as she passed out during a qualifying session for the Olympics in Barcelona in 2021.

She explained in an interview at the time that her demanding and busy training schedule caused her to faint, according to The Sun newspaper.

She also added that the day before the qualifying event, she had been in the pool for about 14 hours and hadn’t gotten enough sleep.

She was training for eight hours a day, six days a week while preparing for the Tokyo Olympics before the tournaments were postponed due to the Corona virus.

And about that Barcelona incident, Alvarez said that her performance went well, but she remembered that she began to feel tired as she approached the end of the training, and she felt dizzy before losing consciousness.

She added, “I saw the ceiling rotate, and that’s the last thing I remember until I got to the wall.” She was then saved by her Spanish coach, Andrea Fuentes.

It is noteworthy that swimming competed in the 2016 Rio Olympics and won a bronze medal in the 2019 Lima World Championships for women’s duo.