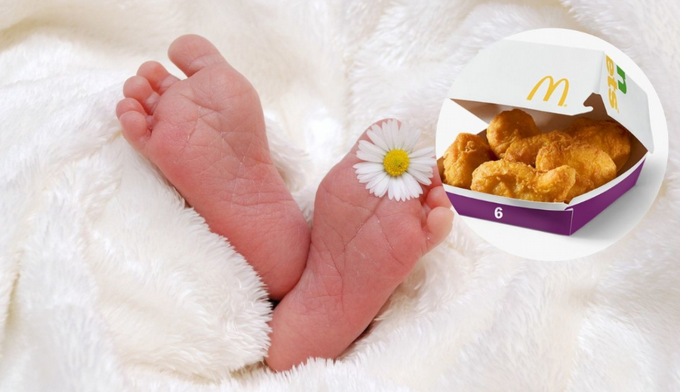 Yes, the baby was nicknamed “Nugget” after a woman gave birth to a girl at a McDonald’s in Atlanta.

Alandria Worthy told WXIA-TV that she was in labor and that her fiance took her to the hospital Wednesday morning when they stopped so she could use the bathroom at the fast food restaurant.

“I went to the bathroom and immediately broke my water”Worthy said.

Worthy said he started screaming. The restaurant manager, Tunisia Woodward, went to see what was going on.

“I opened this door, I didn’t see anyone, but I saw feet (under the door)”, Woodward said. “I opened it, and she was lying on this toilet screaming. So I knew how to tell my team: ‘We’re going to have a baby today.’”

Woodward and two workers began to help. The fiance, Deandre Phillips, went in to see what was taking so long, only to find Worthy in labor.

“I was trying to calm her down because she was frantic,” Phillips said. “I was like, ‘Just breathe.’ I put her on the ground and took off my clothes. The ladies from McDonald’s was in front, holding her hand, supporting my feet on my knees. We told him to push three times. She was a fighter.”