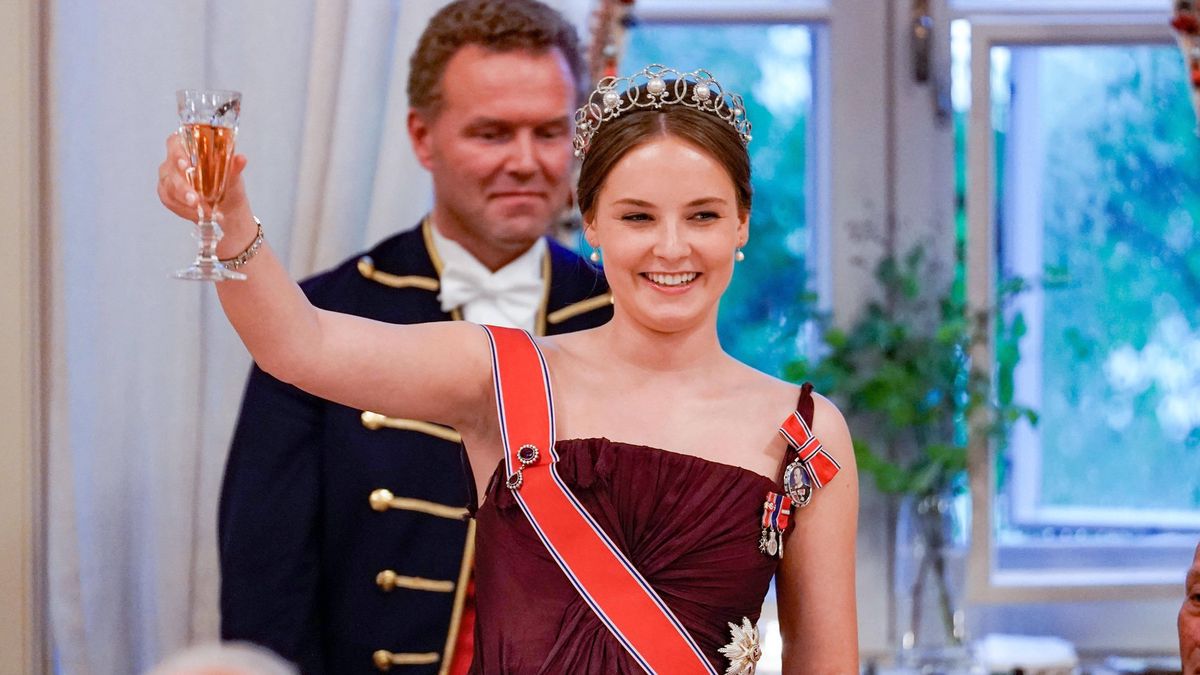 Norway’s heir to the throne: Ingrid’s Geburi gift is so precious that guests were only allowed to see photos

At the birthday gala in honor of Princess Ingrid Alexandra’s 18th birthday, the royal received rich gifts. The gifts are as historical as they are valuable.

On the occasion of their 18th birthday, which was actually January 21st, King Harald (85) and Queen Sonja (84) of Norway organized for their granddaughter Princess Ingrid Alexandra a glamorous gala dinner in Oslo Castle, which is said to have lasted until the morning hours. The crème de la crème of European nobility as well as people from politics, society, family and friends were invited. A total of 199 guests appeared. Insights into the celebrations on June 17 were available shortly after the event, now the generous gifts for Norway’s heir to the throne have been revealed.

Princess Ingrid Alexandra received probably the most expensive present from her grandparents. The royal couple gave the 18-year-old a ring and a necklace. These are likely to be so precious that only photos of the historical pieces of jewelry were placed on the gift table for those present to admire. Marit Tjessem (85), her maternal grandmother, gave the princess a special traditional dress.

She received a medal from the Danes

Ingrid Alexandra received a special award from the Danish royals present, Crown Prince Frederik (54) and Crown Princess Mary (50): the Order of the Elephant. This is the oldest and most important Danish knightly order, dating back to the 15th century. Only during the course of the gala dinner did it become known that the crown prince couple had already awarded her the order in a private ceremony in January. Belgium’s heir to the throne, Princess Elisabeth (20), brought her friend a pair of moon earrings with teardrop pendants.

In addition, the birthday child was able to enjoy more jewelry from the Sami Parliament, a sculpture of a silver-colored woman from the Supreme Court and a landscape painting from the Norwegian Church. The municipality of Sogndal gave her a very colorful socially and environmentally critical work of art. Especially cool for the 18-year-old: The WWF gave the princess a diving trip.

The royal godparents of the 18-year-olds – in addition to Crown Prince Frederik – King Felipe (54) of Spain with his wife Queen Letizia (49) and Crown Princess Victoria (44) of Sweden with her husband Prince Daniel (48) were present. Her aunt, Princess Märtha Louis (50), first came to a royal event as an engaged woman – of course at the side of her fiancé, the shaman Durek Verrett (47, and their three daughters. It is not known what the birthday boy received from them for his birthday.

Princess Ingrid Alexandra is the eldest daughter of Crown Prince Haakon (48) and Princess Mette-Marit (48). The 18-year-old will indeed make history when she takes the throne, becoming Norway’s first female monarch in 600 years. More significantly, she will do so before her younger brother, Prince Sverre Magnus, 16, as their grandfather King Harald changed the law of succession before she was born. This ensured that all firstborn girls would have precedence over their male siblings to the throne.

See also  a summer tale coupled with a minimalist thriller