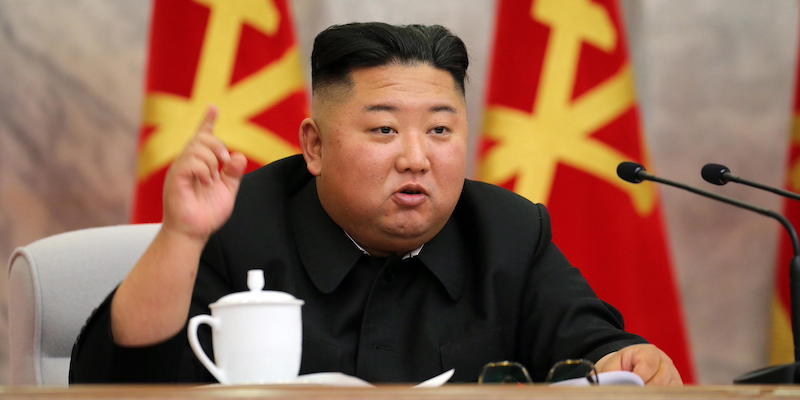 North Korea says it has defeated the coronavirus

On Wednesday, North Korean dictator Kim Jong-un, who has denied the presence of the coronavirus pandemic in his country for more than two years, announced in a public address that he had “solemnly defeated” it. Kim Jong-un then ordered the easing of restrictions that had been put in place just three months ago when he first acknowledged the existence of the virus in North Korea.

Since the pandemic began, North Korea’s official estimates say that 4.8 million people have infected the country and only 74 have died: a figure that Kim Jong-un has called an “unprecedented miracle” compared to all other countries in the world.

Kim said that since the country began its campaign against the spread of the disease in May, “the daily cases of fever that rose to hundreds of thousands during the first days of the infection have decreased to less than 90,000 in the than a month and continued to decline, and since July 29th not a single case of fever suspected to be connected with the evil virus has been reported.

Kim added that “for a country that has yet to administer a single dose of the vaccine”, the results achieved against the pandemic “will be recorded in the world history of public health”.

The next day, Thursday, the dictator’s sister Kim Yo-jong also intervened in a public speech, admitting that her brother also had a “fever” during the pandemic, but blamed South Korea, claiming that the contagion was spread by some leaflets that were flown over the border between the two Koreas. Kim Yo-jong, who is one of the most prominent figures in the North Korean regime, was referring to the balloons that South Korean activists have been flying across the border for years, carrying leaflets critical of dictator Kim Jong-un. .

See also  The mother of a murdered thief asks for justice: "My son just went out to steal like every day"

This is not the first time that North Korea has blamed the activists’ balloons for the infection (a theory that scientists and medical epidemiologists consider unfounded): it is just one of the imaginative explanations put forward by the Kim Jong-un regime about the pandemic. last three months, this is the very short period in which the dictator acknowledged the presence of the virus in the country.