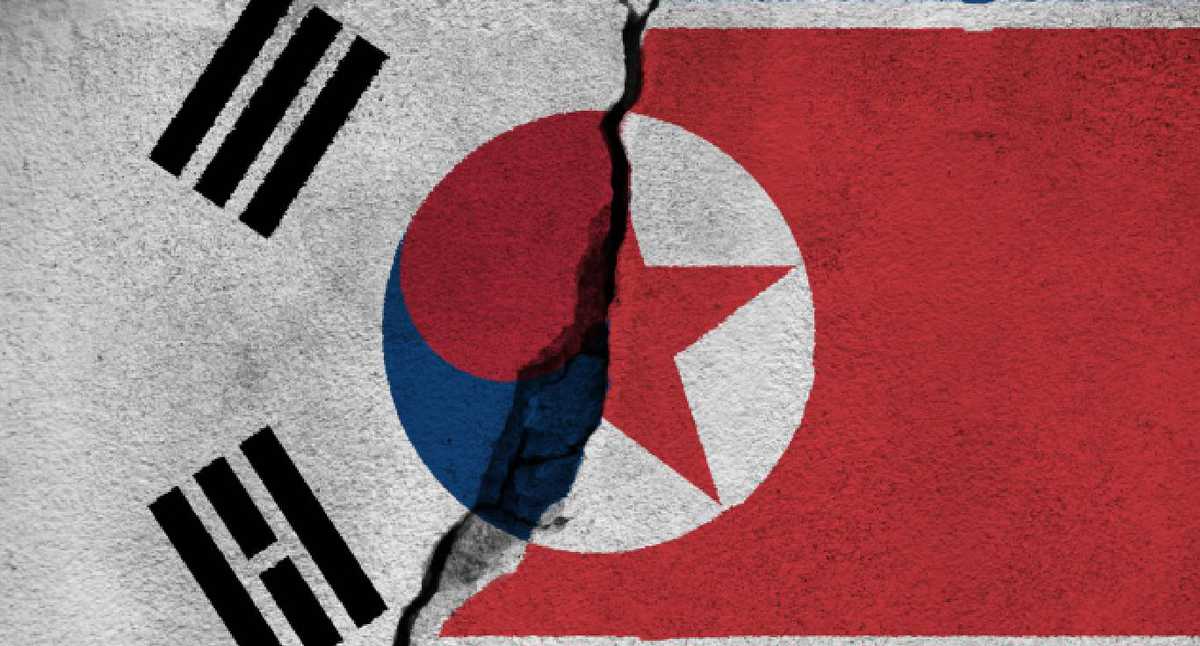 North and South Korea fire missiles at each other

North Korea fired at least 23 missiles on Wednesday, including one very close to the territorial waters of South Korea, which President Yoon Suk-yeol condemned as “a de facto territorial invasion”.

The South Korean military initially reported that Pyongyang had fired 10 missiles, then gradually released the other 13 launches.

The North also fired 100 artillery rounds at a maritime border area, in what experts see as part of Pyongyang’s “aggressive and threatening” response to military exercises by the United States and South Korea.

This burst of gunfire led South Korean authorities to launch an unusual air raid warning on the island of Ulleungdo (east) and ask its residents to take shelter in underground bunkers.

According to the South Korean military, one of the projectiles launched by Pyongyang crossed the northern boundary line, the disputed maritime border between the two countries, and landed near the South’s territorial waters.

As they indicated, it is “the first time since the peninsula was divided”, at the end of the Korean War in 1953, that a North Korean missile has landed so close to the South’s territorial waters.

In a statement, the South Korean president assured that it constituted “a de facto territorial incursion with a missile crossing the northern border line for the first time since the division” of the peninsula in 1953.

The military said the nearest missile fell into the sea just 57 kilometers east of the South Korean mainland, describing the launch as “highly unusual and intolerable.”

In response to this action, the South Korean military fired three surface-to-surface missiles near the point where the disputed North Korean projectile landed.

See also  After the end of the occupation: reconstruction begins in Kherson

These missiles “landed near the northern border line at a distance corresponding to the area where the North missile hit,” it said in a statement.

The South Korean president called a meeting of his National Security Council to discuss the shooting, and ordered a “swift and severe response” to these “provocations.”

The country’s authorities also canceled air routes across the Sea of ​​Japan, east of the peninsula, and recommended that local airlines divert to “guarantee passenger safety on routes to the United States and Japan.”

These shots come amid the largest joint maneuvers ever conducted by South Korea and the United States, called “Storm Watcher,” involving hundreds of warplanes from both sides.

Pak Jong Chon, a senior North Korean official, called these drills aggressive and provocative, according to a report in state media on Wednesday.

Pak said the exercise’s name was reminiscent of Operation Desert Storm, the 1990-1991 US offensive in Iraq in response to the invasion of Kuwait.

“If the United States and South Korea intend to use armed forces against the Democratic People’s Republic of Korea without fear, the special means of the DPRK armed forces will deploy their strategic mission without delay,” he said.

“The United States and South Korea will face a terrible situation and will pay the most terrible price in history,” he added.

For its part, Russia called on the parties to “calm down” and asked them to avoid taking “measures that could cause an increase in tension.”

According to Sejong Institute analyst Cheong Seong-chang, these shootings are the “most aggressive and threatening armed protest against the South since 2010.”

In March of that year, a North Korean submarine torpedoed a South Korean ship, killing 46 crew members, 16 of whom were doing their mandatory military service. In November of the same year, Pyongyang bombed a South Korean border island, killing two young sailors.

The isolated nuclear-capable communist country has carried out a record series of weapons tests this year and is preparing a new nuclear test, which would be the first since 2017, according to Seoul and Washington.

In turn, the United States and South Korea have stepped up their military maneuvers in the area, sometimes joined by Japan. The current air exercises were preceded by 12 days of amphibious naval exercises.

*With information from AFP