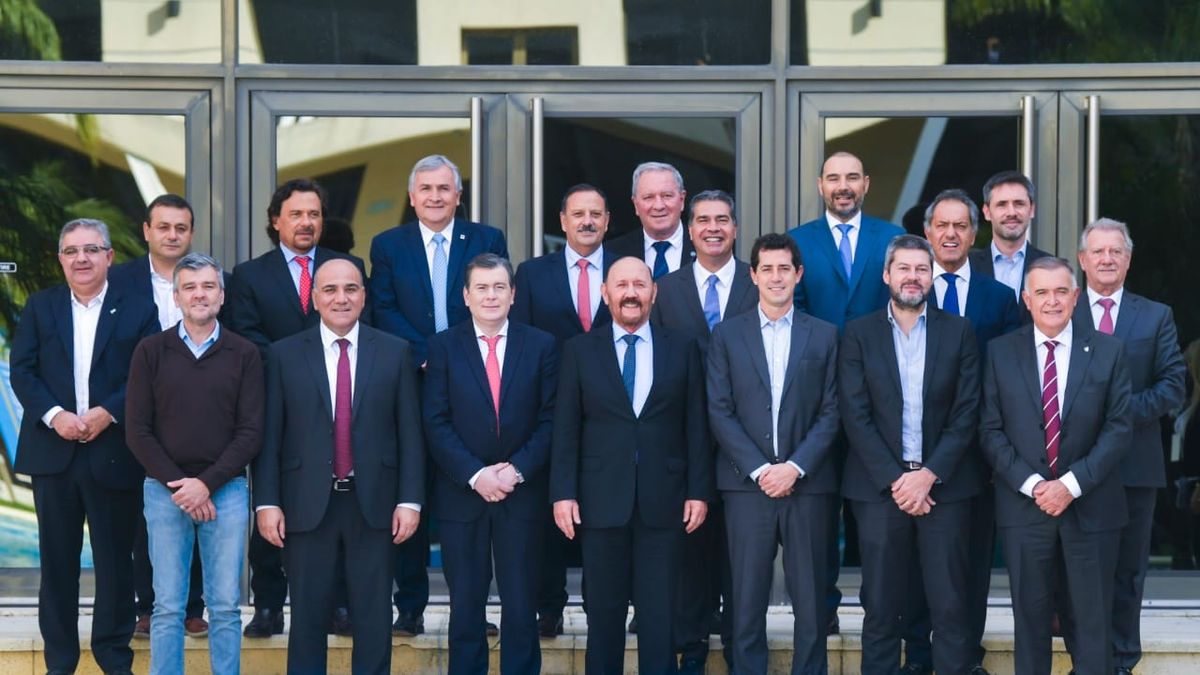 In addition to the host Gildo Insfrán and the president pro tempore of the Council of the Great North, Gerardo Zamora, from Santiago, there was full attendance at the meeting, with the concurrence of the governors of Catamarca, Raúl Jalil; from Chaco, Jorge Capitanich; from Corrientes, Gustavo Valdes; from Jujuy, Gerardo Morales; from La Rioja, Ricardo Quintela; from Missions, Oscar Herrera Ahuad; from Salta, Gustavo Sáenz; and from Tucumán, Osvaldo Jaldo; and the general secretary of the Federal Investment Council, Ignacio Lamothe.

The appointment of Batakis had generated a barrage of welcome messages from the Peronist governors, who highlighted his “federal gaze” for his time at the Secretary of Provinces of the Ministry of the Interior. The opposition leaders did not rehearse questions. Even Morales from Jujuy, president of the National Committee of the UCR and present yesterday in Formosa, had asked his peers from Together for Change to be cautious.

That message had continuity in the statements of Manzur and Scioli. The first stated that the minister “maintained a very productive link” with the governors “in her last function” and stressed that she “is committed to that look.” While Scioli pointed out who was her Economy Minister in her last term in Buenos Aires: “I know Batakis very well and I know of her commitment. We are all committed to helping, supporting and accompanying the country at this sensitive moment.”

In the inaugural message, Zamora pointed out that they invited several national ministers to “create spaces for dialogue and debate together.” Y took off the meetings of the Norte Grande from the conjunctural scenario. “We here are planning the medium and long term. There is a problem of 200 years of history, since sometimes federalism has been distorted and asymmetries have been generated in northern Argentina. We want to solve it by uniting efforts, coordinating actions and defending federalism and the distribution of resources,” said the agency’s pro tempore head. And he added: “The economy may have complex edges that can lead to problems in planning, but the situation does not modify the agenda of Norte Grande. Of course we are worried about things that are happening, there is a global inflationary crisis that is aggravated in Argentina due to its own conditions”.

The meeting began with a video conference with the Argentine ambassador to the United States, Jorge Argüellowho expressed that “progress is being made in the coordination of the trade mission with that country to outline a common work agenda, promoting exchange between the two nations.” Manzur set a date for the trip: it will be from September 27 to 30 with the aim of “opening new markets for the benefit of regional economies.”

The governors of the Norte Grande, likewise, called for the execution of the Néstor Kirchner gas pipeline in the south with the aim of achieving energy sovereignty and producing foreign exchange savings. With that logic, in the final declaration they considered “essential” the development of the necessary infrastructure to achieve the supply of natural gas throughout the country. The Nea gas pipeline has an original layout of 3,041 kilometers, but only 1,147 kilometers are in operation. “We request the execution of the works that guarantee the connection to the network to Salta, Formosa and Chaco (approach branches). It is a priority to advance in the construction of the two pipelines that will connect the Néstor Kirchner gas pipeline with the Nea and Noa systems”, the document specifies.

Other issues they developed were the Logistics Strategy Plan of the Norte Grande and the investment guarantee bill for the region. In addition, they spoke about the creation of the Agency for the Promotion of Investments and Foreign Trade of the Argentine Great North, the Federal Trust Fund for Regional Infrastructure and the bill for a Promotional Regime for the Promotion of Sports.

Similarly, as had happened in the previous meeting in Tucumán, the problems related to fuel and gas quotas and the need to guarantee the supply of energy to consolidate economic growth. “In this sense, in this assembly we will continue to address the fuel and gas quota, the NEA Regional gas pipeline, the advancement of the 1,000 megabytes and generic medicines,” said Zamora.