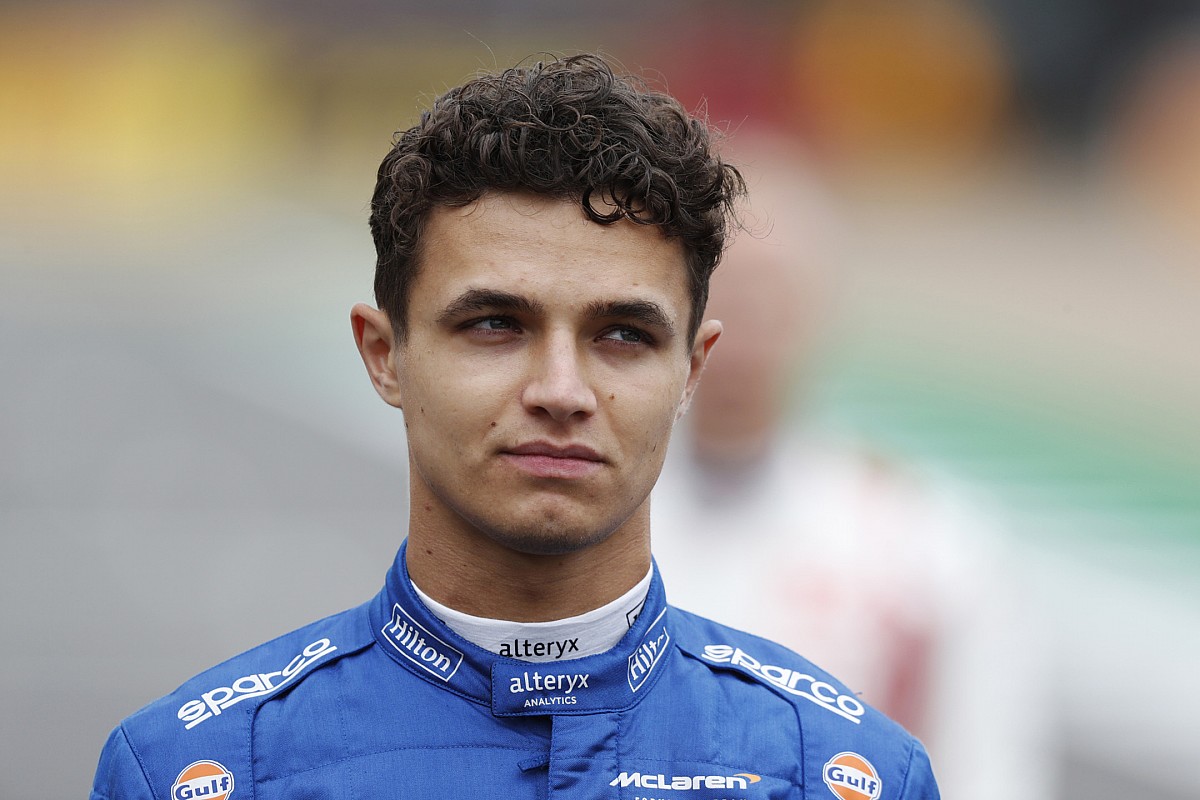 The current number four in the world championship was looking for his car after the game lost by England when he was attacked by a few men. A Richard Mille watch with a value of more than 45,000 euros was seized. The Bristol driver, who had never been to a football match before in his life, was unharmed by the incident, but was obviously very shaken by what had happened.

Norris can count on the support of his home crowd this weekend. And not just a little bit. The British Grand Prix takes place in front of full stands. Norris is happy to have fans at Silverstone again this year. “Today was already great,” said the 21-year-old driver, who had a film job at the track on Thursday. “I just drove a few laps in a car and the grandstands along the start-finish straight were already full. There was singing and everything, which was great to be a part of. We had to do without it for so long.”

Two weeks ago, Norris took his third podium of the season by finishing strong behind Max Verstappen and Valtteri Bottas in the Austrian Grand Prix. In the standings he is now three points away from Sergio Perez, who is third in the standings after nine races. With 101 points, Norris has so far scored more than twice as many points as his teammate Daniel Ricciardo, who is eighth in the championship with 40 points.

More about Lando Norris and McLaren: