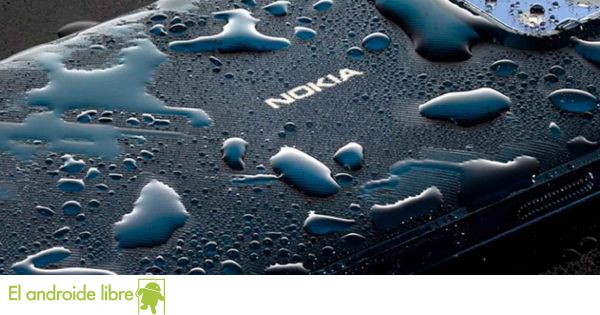 Nokia returned to the mobile scene with a peculiar formula. It would be the HMD Global company in charge of managing the brand and, at the beginning, it seems that they were doing well.

However, the Chinese competition came at the worst time and Nokia had to re-study its approach since until then they were focused on the entry and middle range, along with where brands like Xiaomi and Realme do the most damage.

Now it seems that they are about to present a new model with a different approach, as we say.

The publication by the company of an official image of its new smartphone has caught many by surprise, especially the members of the Nokia Community forum, which is where it has been seen.

Shortly after the company withdrew the image, but it was time for Love Nokia to echo it.

Ruggedized terminals are nothing new. For years we have seen how many Chinese brands are committed to creating models of this type and even Samsung has a family for them.

What we had not seen is a first level brand betting for the first time on this type of terminal.

The Nokia XR 20 promises to be able to be used in extreme conditions without having to fear that it will break. If you look closely, you will see that, in addition to water, there is dust and sand in the rear area, which implies that the resistance of the terminal will be much higher than average.

There is still no official information on this model (it will be presented at the end of the month), but it is speculated that it would have a Snapdragon 480 as a processor, 6GB of RAM and 128 GB of internal memory.

The screen would be 6.67 inches with FHD + resolution and its battery would be about 4600 mAh. The front camera would be 8 Mpx and behind it would have a 48 Mpx main camera and a 13 Mpx wide angle. If this is confirmed we will have to thank Nokia for not wanting to increase the number of sensors by adding useless 2 Mpx cameras.