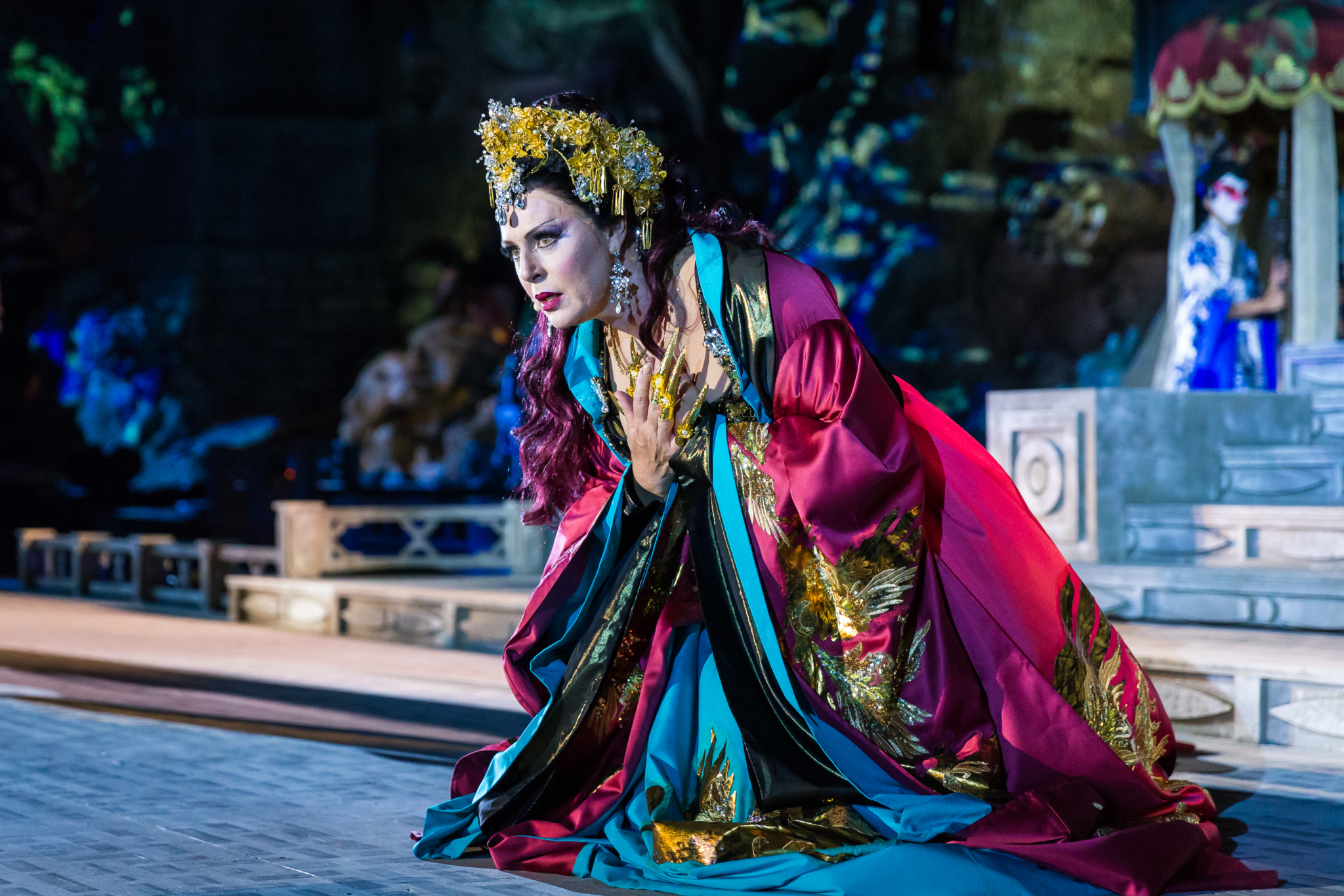 The audience was shown by the staging of Giacomo Puccinis classic opera with Martina Serafin in the title role.

On Wednesday, the premiere of Turandot was celebrated in the St. Margarethen quarry – imperial weather included. With Martina Serafin in the lead role and brother Daniel Serafin as artistic director, an opulent and vocal family event took place.

The audience gave several scenes of applause, especially after “Nessun Dorma”. Vocally as well as acting, Donata D’Annunzio Lombardi, who plays the servant Liù and sacrifices herself out of love, stood out. The clearly celebrated star of the evening was Martina Serafin, who, as the merciless Princess Turandot, was all the more pleased to be able to sing in front of an audience, especially after the long break in play caused by the corona.

The audience at the premiere was particularly amazed at the opulent furnishings in the rustic setting of the Roman quarry. The ivory-colored palace of the princess extends over several floors and is immersed in different light worlds depending on the mood. While Turandot sees himself surrounded by red light in the play of love, Liù’s farewell aria is dark blue with heavy rain and lightning. The stage design also serves as a projection surface with whirling yellow balls, Chinese characters, golden dragons or a colorful puzzle, for which the stage designer Paul Tate dePoo is responsible.

The mysterious Princess Turandot poses three puzzles to every man who asks for her hand. When a nameless prince solves the diabolical riddle, he in turn sets the stubborn princess a task: she should tell him his name. Turandot bans her people from sleeping until the stranger’s name is found. With “Nobody sleeps – Nessun dorma!” Giacomo Puccini succeeded in creating one of the most popular arias in all of opera literature. Puccini’s glistening and mysteriously rugged sounds find their ideal echo in the rugged rocky landscape of the St. Margarethen quarry.

You can find impressions of the glamorous premiere here and here.