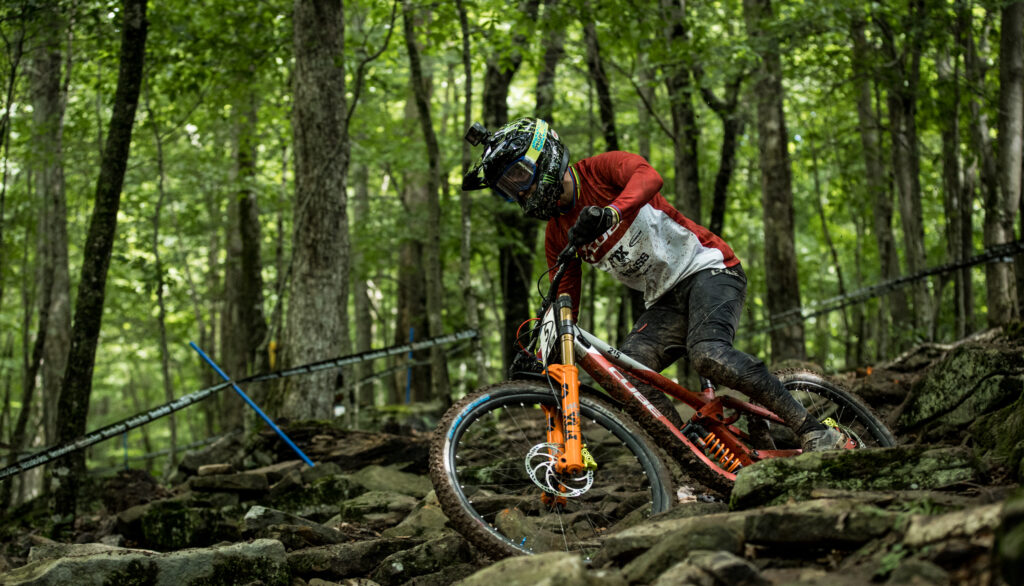 No start in Canada: Danny Hart does not participate in the World Cup in Mont-Sainte-Anne

The Downhill World Cup 2022 will take place in Mont-Sainte-Anne next weekend. Britain’s Danny Hart from Cube Factory Racing will not be racing in Canada after complications following the birth of his second daughter.

At the last race in the US Snowshoe, Danny Hart missed the podium by a hair’s breadth with 6th place. But the result at the sixth World Cup of the year was probably less important for the two-time downhill world champion – his second daughter Darcie was born shortly before the race.

Danny Hart has now announced that he will not compete in the World Cup in Mont-Sainte-Anne. After the birth, there were complications with his little daughter. The baby survived a necessary operation and the subsequent time in the intensive care unit, as Danny Hart announced via Instagram.

Hello everyone. As many know we welcomed our second daughter into the world last week. However she took an unfortunate turn after bringing her home. Without going into too much detail, I had to return to my family and meet my daughter in the ICU. She has had major surgery but is doing well and is expected to make a full recovery, in time. As you can imagine it is more important for me to be with her and my family and consequently I will not be competing at the next World Cup in Mont Sainte Anne.

In the overall ranking of the Downhill World Cup 2022, Danny Hart is currently in fourth place. Danny Hart is the second British downhill star to miss the World Cup in Canada after Matt Walker, who will miss the rest of the season with a fractured kneecap. Whether the Cube rider will take part in the Downhill World Championships in Les Gets at the end of August is still unclear at this point in time. We wish Danny’s daughter Darcie a speedy and full recovery.