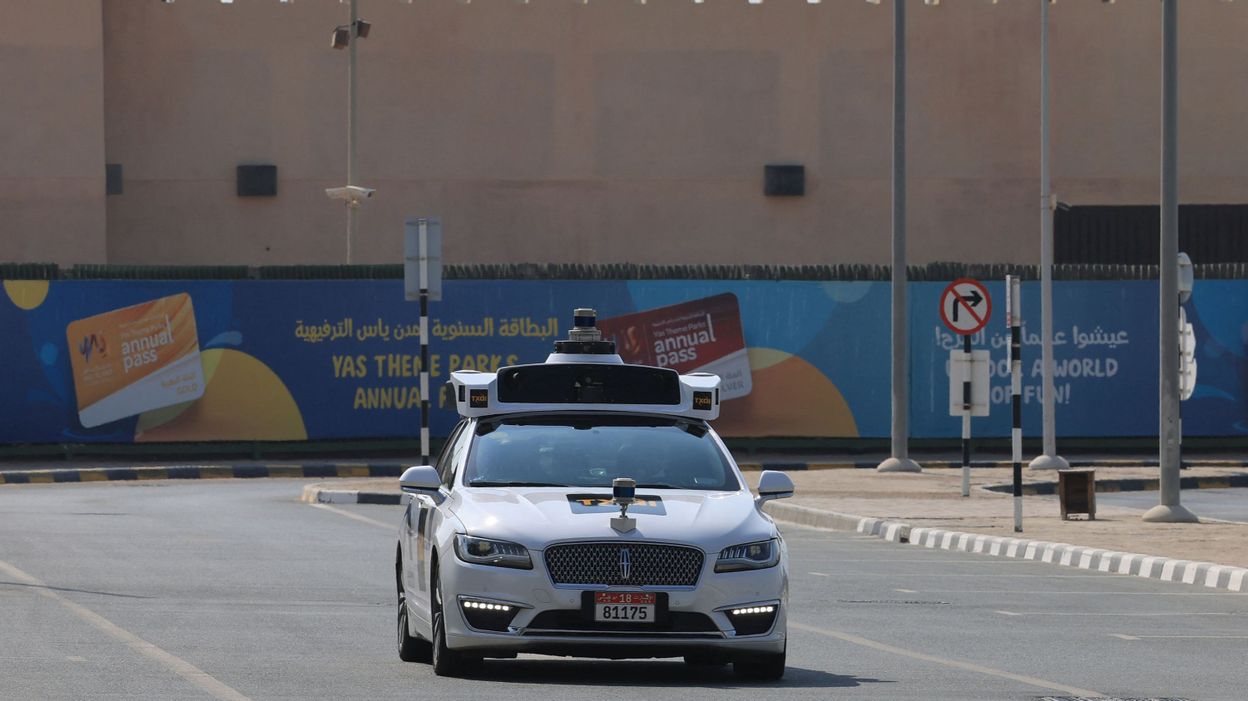 No more need for taxi drivers in the Emirates, they drive on their own

Motionless behind the wheel, hands on his knees, Moustapha lets the robotaxi roll, alone, during a test in Abu Dhabi, in the United Arab Emirates, a rich oil country in the Gulf which wishes to strengthen the presence of these autonomous vehicles.

Driving was “calm“so far, without notable incidents, reports to AFP Moustapha, responsible for security during these tests, organized by Bayanat, a subsidiary of the company Group 42, specializing in artificial intelligence.

Four driverless vehicles, two electric and two hybrids, named TXAI, have been tested since November in the emirate of Abu Dhabi.

Customers can book a ride through an app and be picked up and dropped off at nine defined locations on the man-made island of Yas.

Robotaxis have been tested in various countries in recent years. At the end of November, a fleet of 67 vehicles was put into service in Beijing, but always in the presence of a security guard in case of emergency.

“Going from level L3 (where a security guard is present) to level L4 (without an agent) would be an important step“, says Hasan al-Hosani, CEO of Bayanat, who says he is working in this direction with the authorities in Abu Dhabi.

The UAE last month approved a temporary license to test self-driving cars on the roads, despite the lack of federal legislation on it, which is one of the biggest hurdles.

The neighboring emirate of Dubai wants to achieve 25% driverless transport by 2030, in order to reduce costs, pollution and accidents.

See also  War and truth. In the Balkans there is a battle for the minds and sympathy of the public

This change is expected to affect taxi drivers, the vast majority of whom in the UAE are Asian immigrant workers.