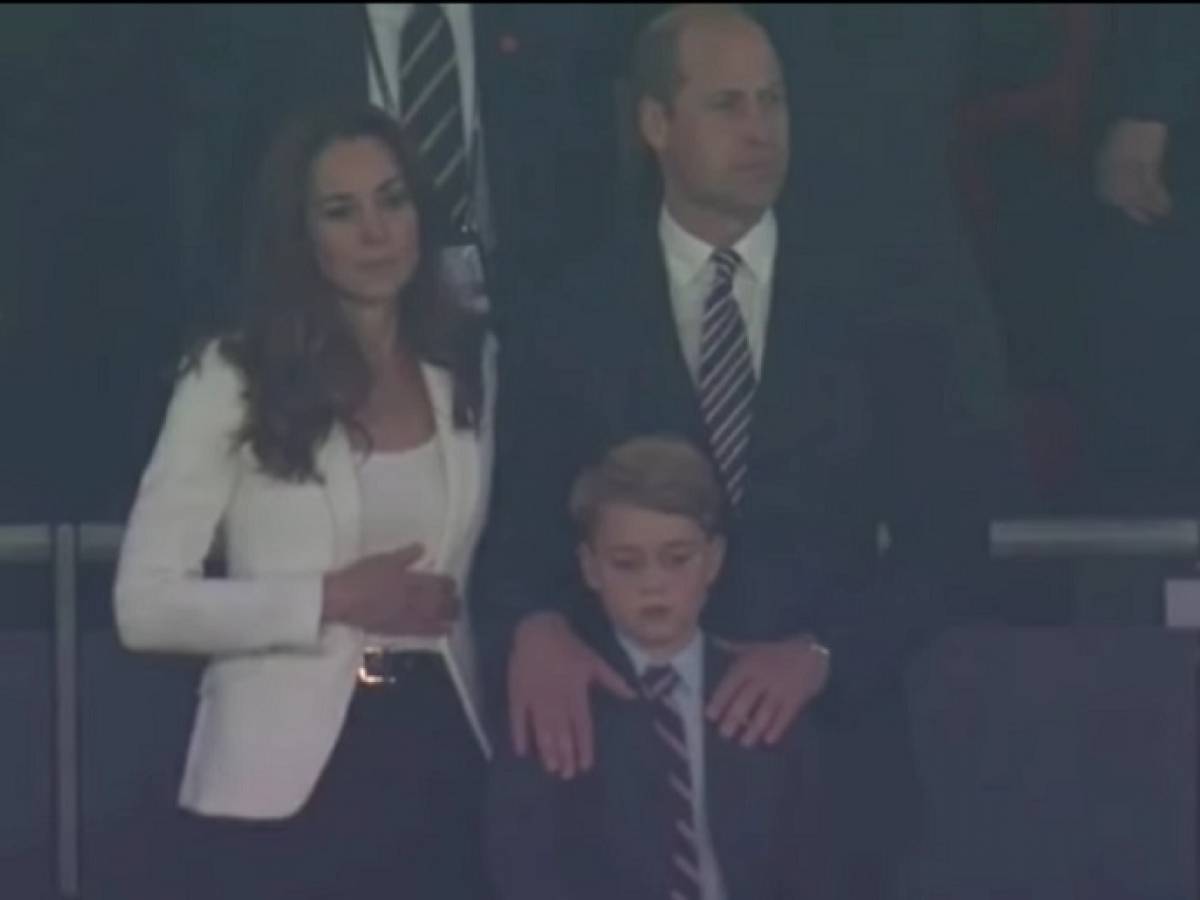 The match between England and Italy brought out the worst of the British. The British aplomb died on 11 July, bringing with him a sense of civility. It is worth stopping for a moment to reflect on the racist and anti-Italian regurgitation shown by some Brits, on William’s alleged failure to greet President Mattarella, on the incredible escape of the Cambridge from the stadium, in order not to suffer “the shame of the award to the foreigner “, On those medals placed and removed in a gesture of anger by the English players, on the” Italian hunt “unleashed during the match. What happened to England? Suddenly she was unrecognizable and wild. It wasn’t really about winning or losing a war, but the British seem to have received a blow to their honor.

William and England believed they had victory in their hands

England were certain to win the European football championships. So convinced that she forgets not only sportsmanship, but even the rules of civil behavior. Unfortunately not even the Dukes of Cambridge they would have set a good example. It seems that William, Kate and George left the stadium before the Italian awards ceremony, a deplorable gesture. Yes, William then lashed out (belatedly) against the racist insults aimed at English players who failed the penalties, but he “forgot” that even the Italians in England, on the night of 11 July 2021, received shameful invectives discriminatory and even criminal ambushes by hooligans. A sad fall in worldview style that no one expected from an entire nation as famous for its savoir-faire as England. The prince, as honorary president of the English Football Association, was also supposed to scold the British players who, without any sportsmanship, took away the medals that had been awarded to them after the match. He called them “Heroes”, but perhaps we should give the right weight to words (and games).

Nobody can put Sergio Mattarella in the corner (to quote Dirty Dancing). Seriously, in these hours he is discussing another alleged unspeakable gesture by Prince William. The duke would not only have literally escaped from the stadium after Italy’s victory against England, not to participate in the award ceremony of our national team, but he would even have left without even shaking hands with the President of the Republic Mattarella, sitting a few meters away. from him. He would have ignored him throughout the game. Possible? The story has become an Italian-English thriller. According to another hypothesis, however, at the end of the match William would have tried to reach the Italian president, but would have been blocked by Gianni Infantino, president of FIFA, for precautionary reasons related to Covid. There would also be a video that would prove it. In reality, however, you don’t see much. We can only observe William talking to a man and then walking away, but this proves nothing against or for the prince. At first, among other things, there was a rumor that William was blocked by Raffaele Trombetta, the Italian ambassador to London. This reconstruction was denied by the Farnesina, which clarified: “For a few hours, a video has circulated on the websites of various national press organs that portrays the moments following the end of the final match of the 2020 European Football Championships at Wembley and refers to the Ambassador of Italy in the United Kingdom. the benefit of all the press organs concerned that that video document does not portray Ambassador Raffaele Trombetta but a member of the FIFA delegation “. However, even if this were the dynamics with which the events took place, William would not be “acquitted”. Strengthened by the weight of his role, the duke should have groped anyway to reach Sergio Mattarella, perhaps keeping social distances (and remember that both are vaccinated). Such (alleged) rudeness is not only an exception to protocol, but also an international fool.

Prince George wants to go to the stadium

When the experts have seen Baby George at Wembley with their parents, on the occasion of the England-Germany match and then for the England Italy final, they were a bit surprised. William and Kate care about their children’s privacy and don’t expose them to the media unless absolutely necessary. For the games, however, an exception would have been made due to insistent requests from Baby George. The Daily Mail writes: “On the eve of the match against Germany, little George begged his parents to take him to the stadium.” And it seems that the same happened for the match on Sunday 11 July. If, then, you were also surprised by the very elegant outfit of the child, know that there is a mystery about it. Always the Mail reveals: “[George] he also wanted a dress identical to that of his father “ . This may be true of the England-Germany match. But as regards the look sported by the child for the final against Italy, the former tennis champion Marion Bartoli has another version of the facts. Bartoli reported that George would have liked to wear his national team jersey for the Wembley final, but Kate would have prevented him from doing so. And it seems they are not indiscretions. It would have been the Duchess of Cambridge herself, during a tea, to tell the anecdote to the former tennis player. Perhaps Prince George did not inherit the sense of elegance from his father, but he certainly took a passion for football. Like father Like Son.