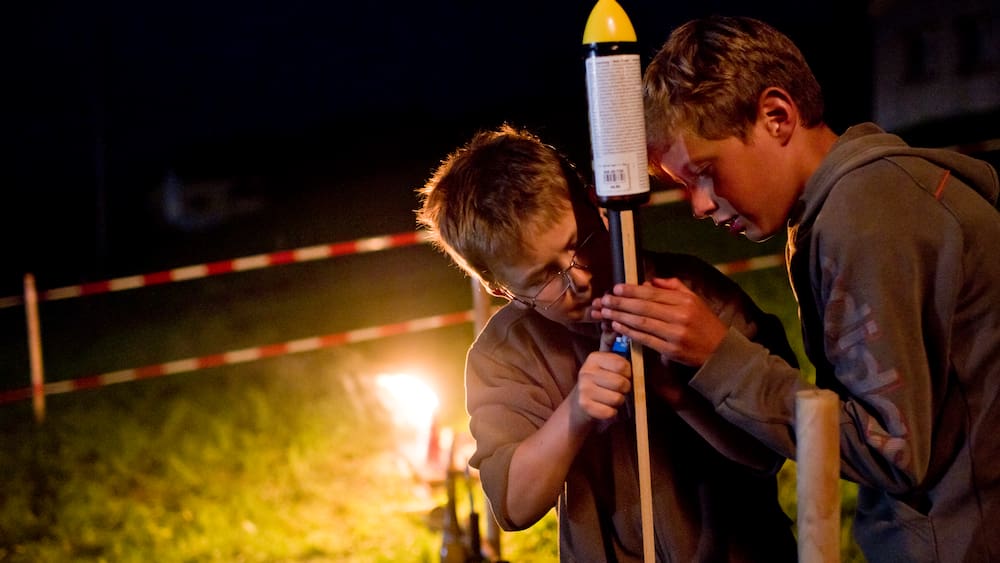 No fires and missiles on August 1st

The hazard map of the Federal Office for the Environment (FOEN) is mostly colored red. The greatest danger – “very great” – is located in eight municipalities in Valais, in 15 others the danger is “great”.

The same danger level (“high”) applies in the rest of Switzerland, with the exception of northern and central Ticino, parts of Graubünden and the cantons of Appenzell Innerrhoden, Lucerne, Nidwalden and Obwalden, Schwyz and Zug. There, the danger is still classified as “considerable”.

And the situation remains precarious. Rain has been announced for Friday. But a few drops won’t be enough. “It would have to rain for a long time in a row for the rain to have a lasting effect on the drought,” says Klaus Marquardt from “Meteo News” to Blick. But a longer period of rain is not in sight.

Instead, the heat keeps moving in. “Next week another heat wave is to be expected,” says Marquardt. Expect temperatures between 30 and 33 degrees. “But there are also models that even predict 35 degrees or even slightly higher.” The drought remains. “We are in a long-lasting dry phase. The soil will therefore remain dry in the near future,” says Marquardt.

So anyone who wanted to “barbecue” outdoors will be disappointed: many cantons have issued fire bans because of the great dangers. There is an absolute ban on fires outdoors in the cantons of Fribourg, Geneva, Graubünden, Ticino, Vaud and Valais. A fire ban in and near the forest applies to practically the rest of Switzerland.

Only in the cantons of Lucerne, Nidwalden, Obwalden, Schwyz and Zug is there a conditional fire ban. This means that fire may be kindled on fixed fireplaces with the necessary caution. The two Appenzells – Innerrhoden and Ausserrhoden – will ban the lighting of fireworks and the lighting of fires in and near forests from Friday; this also applies to August 1st.

Fireworks are prohibited in Bern, Schaffhausen, Glarus, Aargau, Solothurn, Jura, Thurgau, Neuchâtel, Freiburg, Vaud and Ticino. In the canton of Zurich, the decision is a matter for the municipalities – and some municipalities have already issued the ban, such as Winterthur, Dübendorf, Dietikon, Dietlikon and Bülach.

The city of Zurich has also restricted fire and fireworks. For example, fireworks “can only be burned off from fixed, non-flammable surfaces such as gravel pitches and tarred surfaces,” writes the security department in a statement. In addition, a general fire ban applies with immediate effect. However, barbecuing is still permitted, provided that it is done in fixed fixtures and under supervision.

The general ban was also issued in some municipalities in Baselland, for example in the Liestal region. At cantonal level, the ban only applies in and near the forest. It is the same in both Appenzell and in St. Gallen.

Private fireworks are banned in many places

If, despite all the precautionary measures, a fire breaks out, you shouldn’t panic, but act calmly and deliberately. According to the Bafu, the principle “Alert – rescue – extinguish.”

You should save people and animals, wrap people with burning clothes in blankets and coats, let them roll on the ground and cool them with water – and then leave the fire site.

Fire would develop differently outdoors than indoors, writes the Bafu. So you shouldn’t play the hero or heroine, but follow the instructions of the local fire brigade and forest services.

Because of the dry soil, private fireworks were also banned in many cantons before the August 1st celebrations. The rain that fell a few days ago was apparently not enough: Such rain showers would not penetrate the dry soil, but would quickly drain off the surface, according to various city or cantonal reports.

Experts also advise caution when setting off fireworks in private gardens. So no volcanoes should be ignited near trees. And fireworks shouldn’t be tied to trees. (SDA/ced)