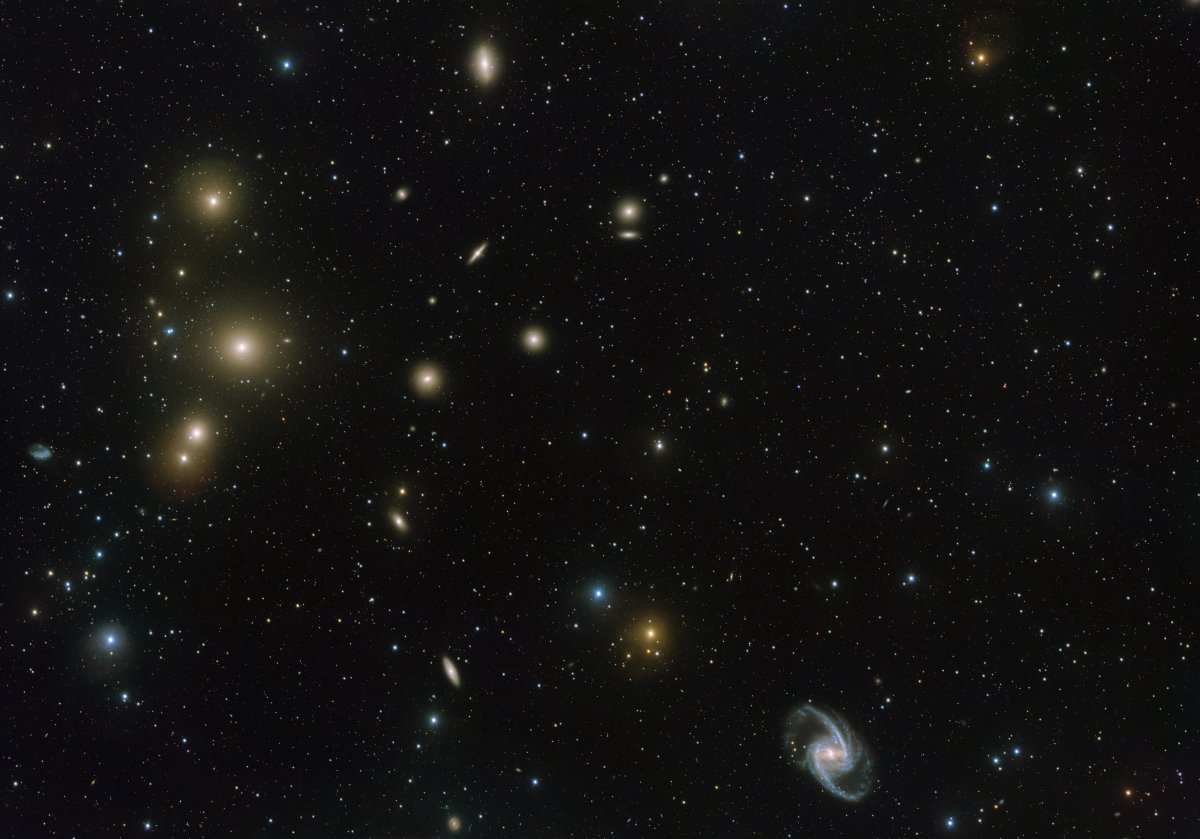 A novel analysis of dwarf galaxies in a comparatively nearby galaxy cluster casts new doubts on the Standard Model of cosmology and models of so-called dark matter. As the team led by Elena Asencio from the University of Bonn explains, they took a closer look at the so-called Fornax galaxy cluster and came to the conclusion that they are not surrounded by dark matter. Their results cannot be explained with the Standard Model, but they may have been found with an alternative theory: the data obtained would show a “remarkable agreement” with the so-called Modified Newtonian Dynamics (MOND for short), they explain.

According to the Standard Model, all galaxies are surrounded by a halo of dark matter, the team explains. This invisible halo is only noticeable through gravitational effects. The group took advantage of this expectation and investigated how strongly the Fornax dwarf galaxies in the galaxy cluster are disturbed by the gravity of nearby larger galaxies. They are responsible for tides, from which the small galaxies should be largely spared because the dark matter halos protect them. Depending on the inner properties and the distance to the center of the galaxy cluster, the perturbations should also have different strengths.

The results of their study contradict the standard model, the team explains. To reconcile the observations, the dwarf galaxies would already have to be destroyed by the galaxy cluster’s gravity, “even if the tides acting on a dwarf are sixty-four times weaker than its own gravity”. This is not only completely unintuitive, but also contradicts existing studies.

See also  Google Maps debuts the "immersive view": this is how it works

On the other hand, the result is quite different if one repeats the analysis with the modified Newtonian dynamics of the Israeli physicist Mordehai Milgrom. Then there is a remarkable agreement. Asencio’s team now wants to analyze dwarf galaxies in other clusters, the analysis was published in the Monthly Notices of the Royal Astronomical Society.

The study thus further contributes to the mystery of dark matter. While this has not been directly observed so far, its influence has been observed everywhere in space. Exactly what it is about is one of the most pressing questions in modern physics at the moment, that it exists, but is actually considered certain. For years, however, there have always been observations that sow doubts. There are also galaxies in which dark matter is apparently completely absent. Most recently, it was said that they are probably even part of a group of galaxies that lack dark matter. It may have been ripped out in a gigantic collision billions of years ago.