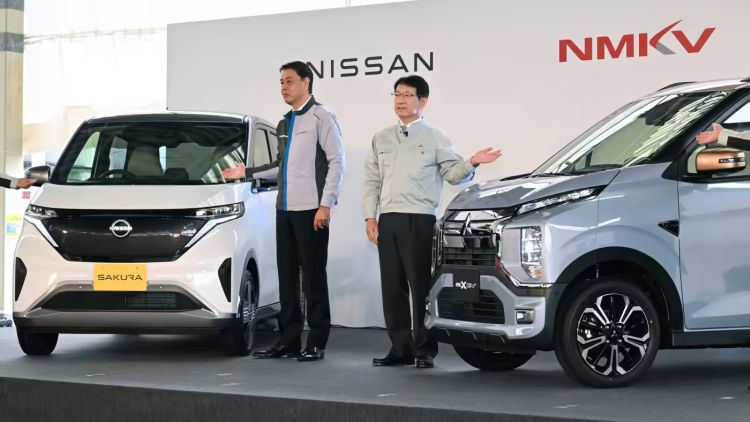 Nissan and Mitsubishi will try to conquer the Japanese electric car market with compact models for $15,700

Japanese automakers are generally rather indifferent to electric vehicles, aside from the quite successful expansion of the Nissan Leaf in the global market, but in the Japanese domestic market, this type of vehicle remains exotic. Nissan and Mitsubishi, as part of an alliance, will try to turn the tide by offering compact electric cars to the Japanese under $15,700.

Attractive prices by local standards, of course, can be achieved through government subsidies, but this demand-stimulating factor is present in many foreign markets. Nissan and Mitsubishi are going to introduce so-called “kei cars” to the Japanese market this summer, which, due to their compact overall dimensions, enjoy tax benefits and are in high demand in Japan. However, when equipping such ICE machines, the engine volume and power were also significantly limited, but when switching to electric traction, these factors are unlikely to affect the characteristics of the machines, although it is obvious that in order to reduce weight and cost, the capacity of the traction battery will have to be sacrificed.

Kei cars now account for up to 40% of Japan’s primary car market, so Nissan and Mitsubishi are counting on some success with their budget EVs. It is clear that demand will also be determined by the presence of a developed charging infrastructure, so the migration to electric traction will not be instantaneous. At the same time, Japanese manufacturers will be able to count on success with electric vehicles of this format only in the home market, because in order to expand beyond its borders, they will have to resist the proposals of Chinese competitors. The latter offer compact electric vehicles ranging in price from $4,500 to $7,800 if we talk about products from Great Wall or SAIC-GM-Wuling. With such prices, compact electric vehicles produced in Japan will definitely not be able to compete, but they will at least push the home fleet towards electrification.


If you notice an error, select it with the mouse and press CTRL + ENTER.