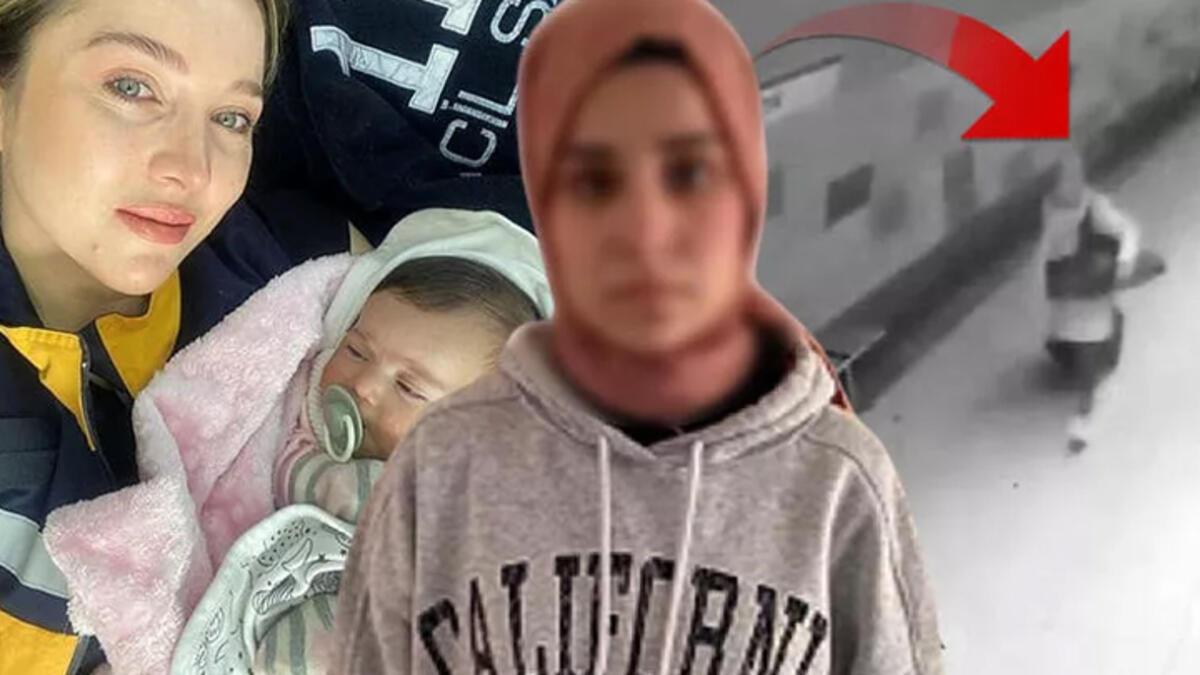 Nisa Mihriban, the mother who abandoned the baby, is before the judge for the first time… ‘I had to let go’

Ebru S. (20), who was on trial for abandoning 3-month-old baby Ebrar Nil S., known as ‘Nisa Mihriban’, on 29 March in Pendik, appeared before the judge for the first time. Defendant Ebru S said, “The baby was healthy when I left him. He was 3 months old when I left him, his vaccinations were complete. When I left the baby, I also left baby food.” said. Deciding to continue the detention of the accused, the court ruled that all medical documents related to the treatment the baby had received so far should be requested.

Detained defendant Ebru S. was brought to the hearing at the Anadolu 42nd Criminal Court of First Instance. The Ministry of Family and Social Services and the lawyer of the victim baby Ebrar Nil S. took part in the hearing. The defendant’s lawyer was also present at the hearing.

Defendant Ebru S. stated that she repeated her previous statements, “I do not have any criminal intent, I did not leave the victim on purpose. It was called a field in the media, but I left the baby in front of a house. I rang the bell. After ringing, I left with the thought that they would not see me. A day later, I went to the place where I left off. I looked,” he said.

“DOES THE BABY LIVE ONE DAY”

When the judge asked the accused, “Will the baby live there one day,” the defendant replied, “I thought they might not have taken it, but when I looked, it was not there. I left the baby at a time when the street was crowded at noon.”

Noting that the police officers informed her while she was taken into custody, Ebru S. continued as follows:

“The police told me that the baby was found 20 minutes later and that his vital functions were full. When the baby was found, the ambulance came and took the baby. One of the officers in the ambulance also had a baby, he breastfed the baby. Later, when the baby was taken to the institution, he became ill. When I left the baby, he was healthy. He was born one month early. The baby. He was in the intensive care unit for 16 days. During his stay in the intensive care unit, I gave breast milk. He also took supplemental formula. He did not have any health problems after leaving the hospital. He was 3 months old when I left the hospital, his vaccinations were complete. I left the baby with formula while I was leaving the baby. He was used to it.”

“I HAVE TO LEAVE”

When the judge said to the accused, ‘Why did you leave the baby’, the accused said, “I was staying in a women’s shelter. The time I could stay here was over. I had to leave because the place I was going to did not accept the baby.”

The defendant’s lawyer, claiming that his client is 21 years old and ignorant, said, “Due to family and social pressure, he had to leave the baby from his own perspective.” Stating that there is a ban on arrest for the crime, the lawyer demanded the release of the accused.

The Ministry’s lawyer noted that the baby’s treatment at the hospital continues and that the complaints about the accused continue. The prosecutor demanded the continuation of the detention of the accused.

IT HAS BEEN DECIDED TO CONTINUE THE STATE OF ARREST

Announcing its interim decision, the court decided to continue the detention of the accused Ebru S., as there is a possibility that the nature and nature of the crime may change. The court, which decided to write a warrant to Bakırköy Sadi Konuk Training and Research Hospital to ask about the health status of the baby, also ruled that all medical documents related to the treatment the baby had received so far should be requested. The hearing was adjourned to correct the deficiencies.

In the indictment prepared by the Anatolian Chief Public Prosecutor’s Office, it is stated that the accused Ebru S. left her 3-month-old baby, whose identity is Ebrar Nil S. and known as ‘Nisa Mihriban’, on a land next to a building in Pendik on 29 March 2022.