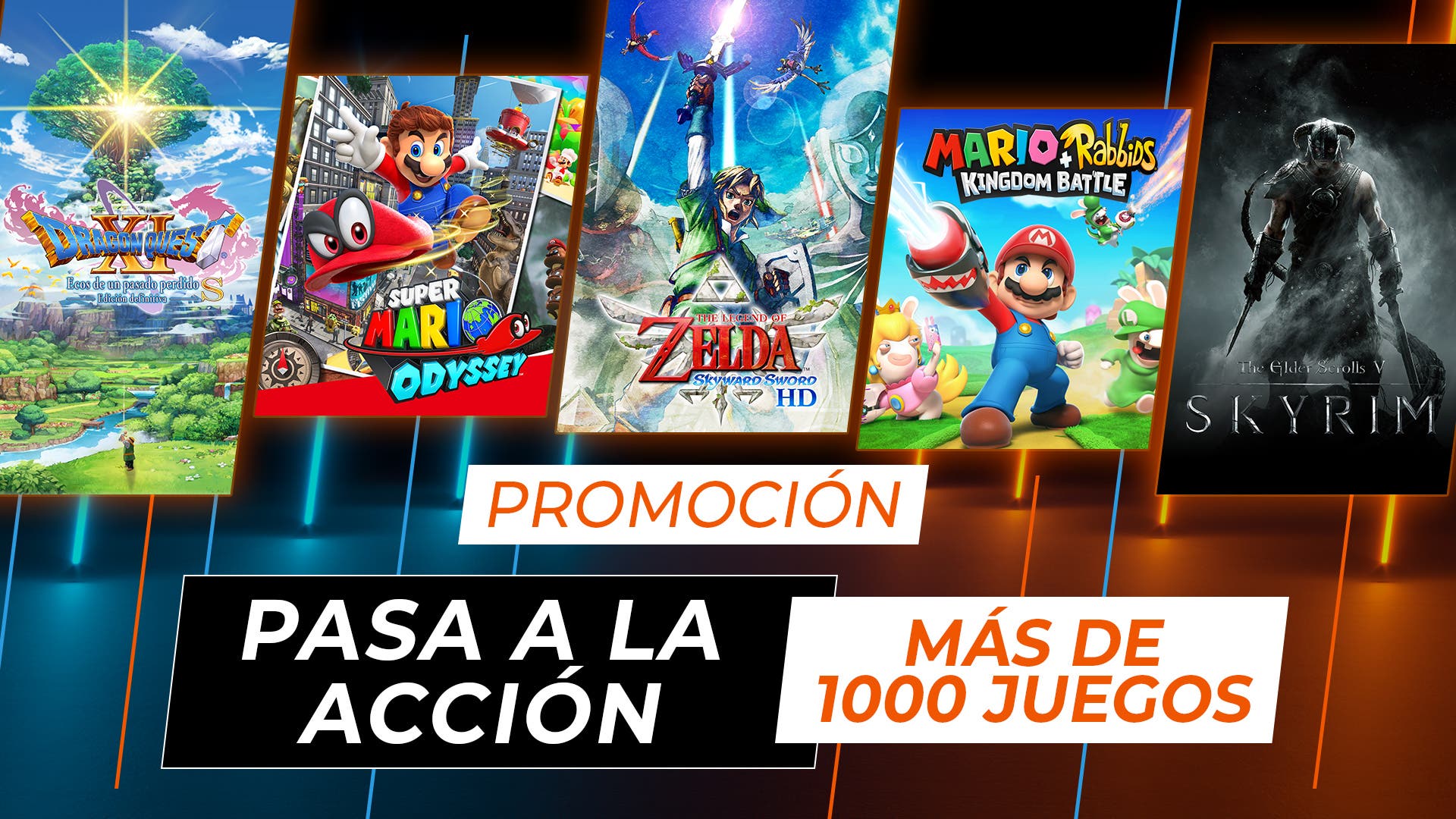 We get more exciting news from nintendo europe. The company has already officially launched your new promotion for this season with discounts on the Nintendo Switch eShop.

Remember that this promotion will be available a from Thursday, April 28 to Sunday, May 8. Specifically, the promotion will offer discounts on more than 1,000 titles. For now these offers will be launched only in Europe, but remember that you can access the eShop of this territory by following these steps.

These are some of the featured games on sale:

And this is the message that Nintendo has shared:

The spring sales return to Nintendo Switch. During the “Take Action” promotion, more than 1,000 Nintendo Switch games will receive a discount of up to 63%*. Interested players will be able to make purchases through the Nintendo eShop from Thursday, April 28 at 3:00 p.m. PT and until Sunday, May 8 until 11:59 p.m. PT.

Players will be able to witness the origins of the Master Sword in The Legend of Zelda: Skyward Sword HD, lowered for the first time, and travel around the world with Mario and his faithful companion Cappy in Super Mario Odyssey. In Fire Emblem: Three Houses, it will be Byleth who will guide her students both in their academic life and in turn-based tactical battles. They’ll even meet the fourth house of the Officer Academy, the Silver Wolves, in a new side story that appears in the Expansion Pack.

An epic, fantastical open world awaits in The Elder Scrolls V: Skyrim, while Mario + Rabbids® Kingdom Battle is a wacky turn-based combat game with an unexpected team of heroes. You can also find a pack consisting of Bayonetta and its sequel Bayonetta 2, discounted for the first time, players will discover an explosive mix of unbridled action and brash style.

The Nintendo eShop Jump Into Action promotion will start on Thursday, April 28 at 3:00 p.m. PT and end on Sunday, May 8 at 11:59 p.m. PT. More than 1,000 titles will be released for Nintendo Switch including The Legend of Zelda: Skyward Sword HD, Super Mario Odyssey, The Elder Scrolls V: Skyrim, and Fire Emblem: Three Houses, among many other highlights.

What do you think? You can find similar offers at this link.