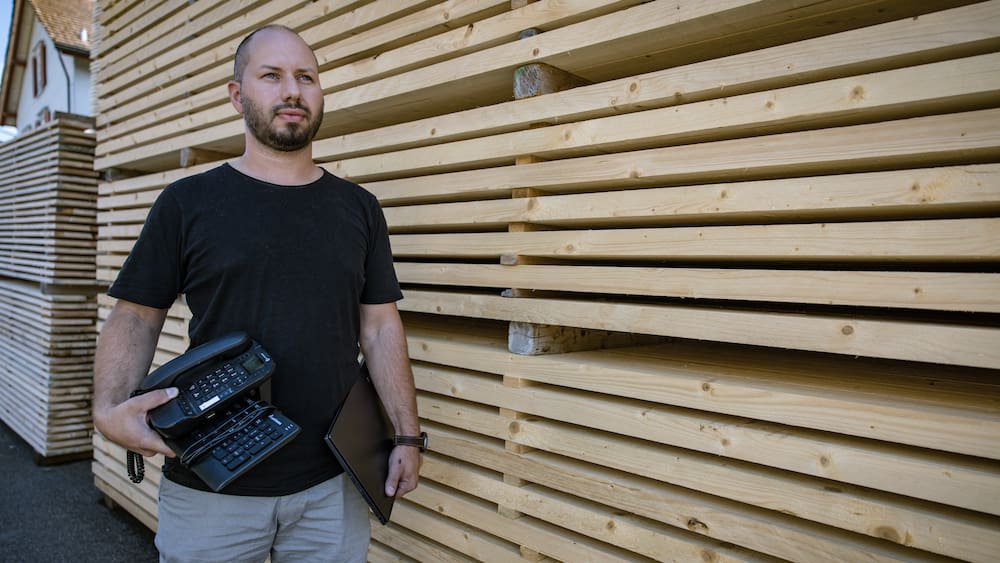 “I want to keep my fingers”

With digitization, the need for IT specialists is increasing. An opportunity for Nikolco Andonov from eastern Switzerland: He has retrained from carpentry to become a computer scientist. People like Andonov are a blessing for IT companies – a curse for craft businesses.

Nikolco Andonov (37) from eastern Switzerland is a trained carpenter. And works in this job until his former employer Swisswindows from Mörschwil SG closes the windows in the truest sense of the word in February 2020: bankruptcy.

Andonov loses his job – and of all things just before the corona pandemic overtakes Switzerland. “I got job offers as a carpenter,” says Andonov. But he refuses. For him, the termination is a chance to finally pursue his dream: to become a computer scientist.

More than ten years ago he attended night school and trained as a network supporter. “But at the time I couldn’t get started,” says Andonov.

With the company closure, Andonov inevitably has to reorient himself. The fact that there has been an enormous demand for workers in IT for years plays into his hands. He asks around for IT jobs – and is promptly contacted by the timber construction company Blumer Lehmann in Gossau SG on the LinkedIn job network. This is also typical of the current situation on the job market: In view of the shortage of skilled workers, recruitment is increasingly being carried out via direct contacts instead of classic job advertisements.

“Want to keep my fingers”

Andonov got the job and has been helping Blumer Lehmann’s employees with their computer problems ever since. In order to gain a foothold in IT in the long term, he attends the next evening school: Andonov goes to school twice a week and is being trained as a network technician.

He definitely doesn’t want to go back to the carpentry workshop. “As a carpenter, you don’t pay attention once – and a finger is gone. I’d like to keep my fingers.” However, Andonov has remained true to the timber construction industry despite his move from the workbench to the computer. Even if he is absent as a carpenter, at least his industry know-how will not be completely lost.