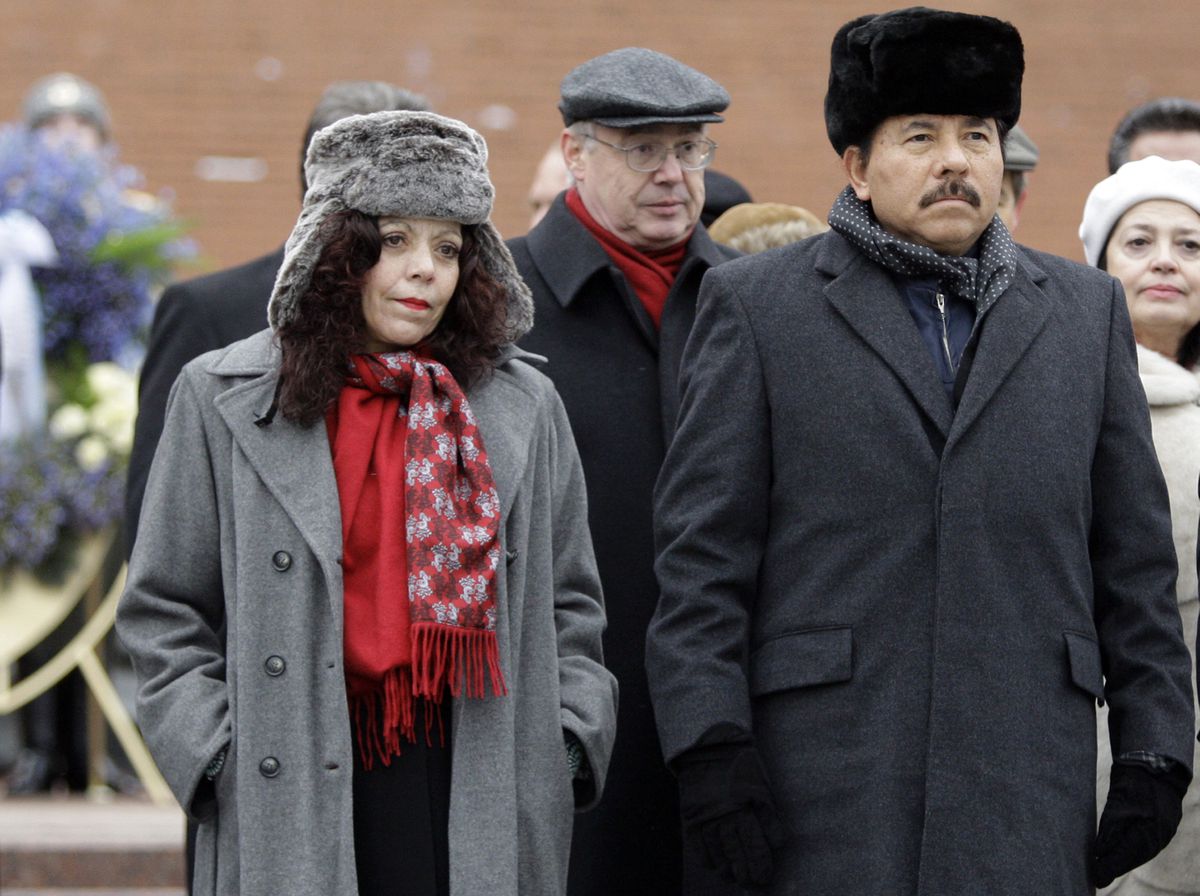 The United States Department of the Treasury has applied a surgical sanction to the regime of Daniel Ortega and Rosario Murillo: this Friday it punished the Nicaraguan Mining Company (Eniminas) and its gold exports. The president of its board of directors, Ruy López Delgado, was also sanctioned. The sale of gold is the one that leaves the highest dividends for the presidential environment, after the creation of the company in 2017 to consolidate official control over the mining sector and the granting of concessions.

According to the statement issued by the Office of Foreign Assets Control (OFAC), the Ortega-Murillo regime uses “gold revenues to continue oppressing the people of Nicaragua and participating in activities that represent a threat to the security of the hemisphere.” “They are deepening their relationship with Russia as it wages war against Ukraine,” the document states. The routine entry of Russian troops into Nicaragua, approved by the National Assembly two days ago, has further strained the relationship between the Ortega government and that of Joe Biden.

Despite the sanctions, Ortega continues to challenge Washington: this Friday, Nicaraguan Foreign Minister Denis Moncada traveled to Russia. “High-level delegations from Nicaragua and Russia met in St. Petersburg, where they highlighted the strategic nature of the relations between both nations and ‘the importance of strengthening bilateral cooperation,’ reported the official propaganda.

Treasury Undersecretary for Terrorism and Financial Intelligence Brian E. Nelson argued that as the Ortega-Murillo regime “engages with Russia and continues to fill its coffers with significant revenues exploited from the Nicaraguan gold sector, it has turned its back on it. to the Nicaraguan people, neglecting their means of subsistence for the profits of the presidential circle.”

“The sanction of the dictatorship’s mining business hit where it hurts the most: in its sources of accumulation of millions of dollars,” the economist, former deputy and political analyst Enrique Sáenz, who is in exile in Costa Rica, tells EL PAÍS. “In just a few years, gold became the country’s main export product and it is an open secret who profits in collusion with foreign companies.”

After the creation of Eniminas in 2017, the government has more control in the regulation of gold mining. The issuance of land concessions to national and foreign companies has increased exponentially in recent years, while Eniminas has several joint ventures with private capital.

Eniminas has made available 1.5 million hectares for mining concessions in Nicaragua. A month after the company was created, the amount of land under approved or requested concessions doubled: from 1.2 million to 2.6 million hectares, according to a study by the Oakland Institute, an environmental think tank that has thoroughly studied the mining companies in Nicaragua. About 853,800 hectares of this land are located in the buffer zone of the Bosawas Ecological Reserve, where indigenous people are displaced by extractivist activities.

The gold mining sector could reach an important milestone this 2022 if it manages to bring its exports to 1,000 million dollars, in the hands of Caliber Mining, Hemco Nicaragua, Plantel Los Angeles and Mako Mining. Official data details that in 2021 Nicaraguan gold exports to the United States increased by 30%, totaling more than 744 million dollars. They accounted for 79% of all gold exports from the country during the year.

money for the regime

OFAC has noted that high-ranking members of the Ortega-Murillo government have benefited greatly from increased gold exports in recent years. This is due in large part to “the outsized role” that Eniminas has played in funneling profits to private sector partners and bribes to members of the regime.

In the case of Ruy López Delgado, OFAC maintains that he was sanctioned for being chairman of the Eniminas board of directors or “for having served as an official” at any time after January 10, 2007. In 2018, Washington sanctioned Francisco Chico López, one of Ortega’s most important figureheads for occupying, among other positions, the ownership of Eniminas. In 2022, the retired Major General of the Nicaraguan Army, Ramón Calderón Vindell, was also appointed by the Treasury for having held the same position.

The sanction against Eniminas will have immediate effects on the operation of the company: all property and interests in the property of these persons that are in the United States or in the possession or control of US persons are blocked and must be reported to OFAC. Any entity that is owned, directly or indirectly, 50% or more in the aggregate by one or more such persons is also blocked.