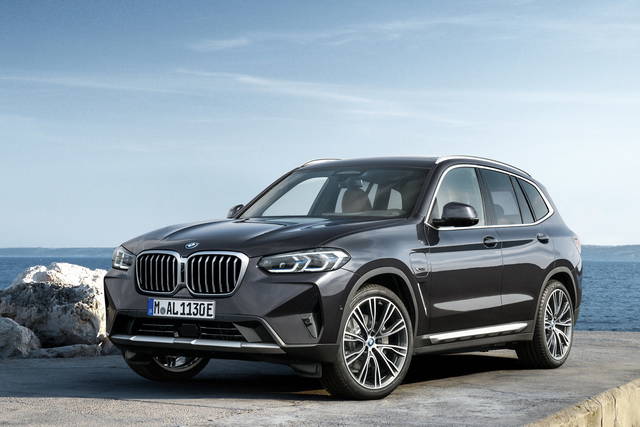 NEWS COMING – Even for medium to large suvs BMW X3 e BMW X4, three years after its debut, the time has come for an update which, as often happens, means ecstatic changes and technological updates to keep up with the competition. The restyled versions of X3 and X4 are expected to arrive in dealerships in September 2021, but the range and prices for the Italian market have not yet been disclosed.

A MORE SCULPTED FRONT – The aesthetic novelties for the BMW X3 e BMW X4 they see a reinterpretation of the front grille, now larger and with a more squared shape, and a rear where the burnished headlights and a new diffuser area stand out. As usual at BMW, it is possible to customize the aesthetics by choosing the M package, which gives the X3 and X4 a sportier appearance. Indeed, the air intakes in the bumper are larger and the inserts finished in glossy black, as well as the more pronounced air deflectors. Window frames, roof rails and front grille are optionally available in high-gloss black. The rear bumper includes a diffuser finished in Dark Shadow along with two additional side air deflectors in glossy black. Standard trim includes new 19-inch Y-Spoke 887M alloy wheels in Midnight Gray Bicolor with 245/50 R19 tires. 20-inch and 21-inch wheels are available as an option, as is the M sports brake system with blue or red calipers.

A BIGGER SCREEN – The interiors of the BMW X3 e BMW X4: change the central console, which is now similar to that of the 3 Series and the touch multimedia system screen now offers a diagonal of 10.25 inches (optional 12.3-inch version). The standard equipment also includes sports seats with new generation Sensatec upholstery with new Ray grain and perforated upholstery for the main seats, as well as automatic climate control with 3-zone control. The house, in order to make configuration easier, has reduced the complexity of the range and options by 30%. These include Ambient Light, which provides contour lighting above the decorative dashboard trim and ambient lighting that extends downwards.

AND ENGINES – The whole range of engines of BMW X3 e BMW X4 receives the 48-volt light hybrid system, which will be available on both petrol and diesel engines, in combination with the xDrive all-wheel drive system and the 8-speed automatic transmission. The petrol engines are the 184 HP 4-cylinder 20i, 245 HP 30i and the 360 ​​HP 6-cylinder M40i, the diesels are the 190 HP 4-cylinder 20d and 286 HP 6-cylinder 30d and 340 HP M40d. The range is completed by the plug-in hybrid version, the 292 HP Xdrive 30e, which combines the four-cylinder with an electric motor, and is able to travel up to 50 km in electric mode.

THE ADAS – Driving assistance systems also improve BMW X3 e BMW X4. The Driving Assistant Professional “package” is available on request, which includes Active Cruise Control with improved functionality in the city, the intersection warning with city braking function, the emergency lane assistant and the assistant for driving. lane maintenance. The Parking Assistant Plus now also includes the Reverse Assistant, for reversing assistance. Another new feature of the BMW X3 and X4 is the optional Drive Recorder, which uses a camera to record video around the vehicle.

LE BMW X3 ME X4 M – With the restyling there are also news for very sporty BMW X3 M e X4 M Competition (pictured above), developed by the M division, which stand out for their particularly aggressive aesthetics and, above all, for the presence of the 510 HP 3-liter 6-cylinder engine with 650 Nm of torque (it is the same unit adopted by the M3 and M4). The performance is supercar: 0-100 in 3.8 seconds, top speed of 250 km / h (limited but unlockable at 285 km / h with the optional M Driver’s Package). To cope with the increased power, the German engineers, in addition to the xDrive all-wheel drive and the 8-speed automatic transmission, have also changed the set-up by installing as standard the adaptive M suspension with electronically controlled shock absorbers.