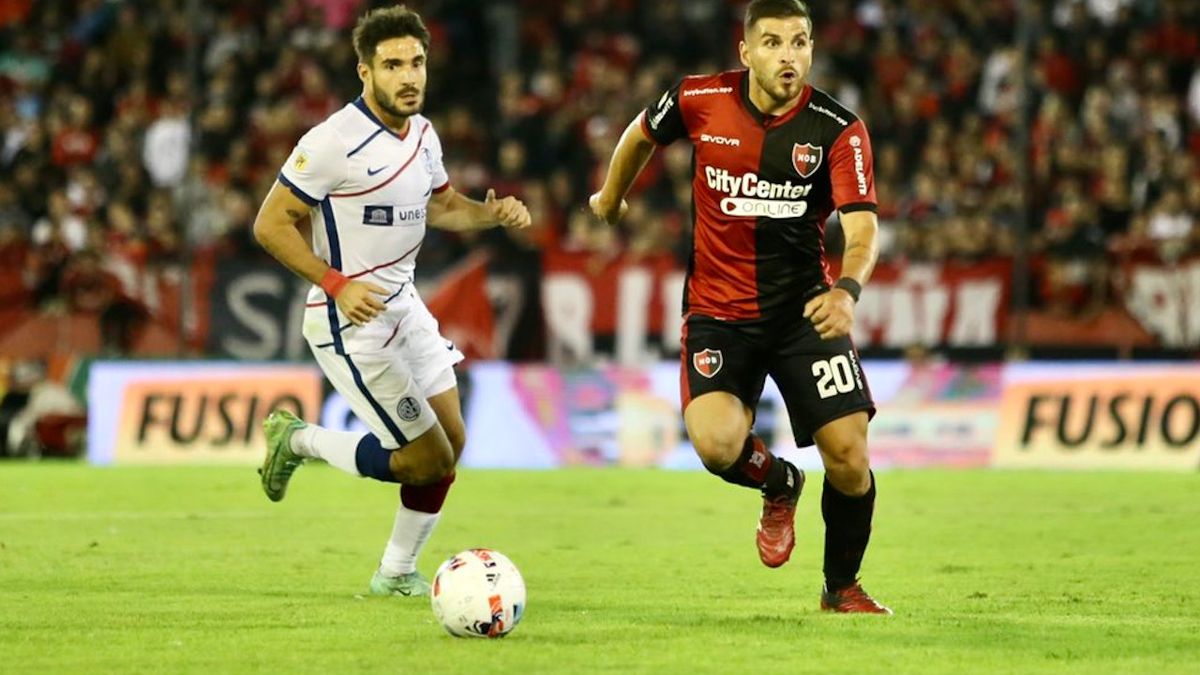 Newell’s missed the great chance and now mortgaged too much the opportunity to qualify for the quarterfinals of the Professional League Cup, although the story is not over and there is hope. Leprosy fell 2 to 1 against a San Lorenzo that was tumbling, but that capitalized on the red and black defensive rudeness and gave the big blow in the Colossus. Now Javier Sanguinetti’s team no longer depends on itself to finish in the top 4, which they still make up because they just opened the penultimate date.

It was a hard setback, Newell’s never had the reins of the match and although they gave everything, the feeling was one of unease at the wasted chance against a packed Colossus, who still fired the team with applause for the effort of fighting and looking for a tie until the end.

The injury and loss of Juanchón García and some players decimated by the flu such as Castro and Garro, who entered the complement, undoubtedly attacked leprosy. Still, the dream is still there, but he will have to go in search of a victory against Lobo to access the quarterfinals.

It must be said that in the early days Newell’s never knew how to impose authoritative conditions on development. He was imprecise, slow and predictable in moving the ball. He also delivered cracks back that the rival detected and hurt him.

It’s just that at 17 minutes Panchito González tried the goal from outside and the shot went high. Leprosy had a hard time associating itself and it was repeated in the crosses from Vangioni and Méndez, which neither Reasco nor Funez managed to expertly connect in the tangle of San Lorenzo defenders.

Just after a failed header by Nazareno Funez that went wide, the opening of the visit came. And it meant a real blow to the red and black aspirations. It all started with a leprous defense that was left wide open. Uvita Fernández finished off with a lunge, covered Arboleda, but the ball went towards the goal and after a remarkable pirouette it cleared Willer Ditta over the line. The danger continued. Agustín Giay finished off and Julián Fernández saved, Giay insisted with the center and Agustín Martegani connected to the goal on the left side, with a low shot that Arboleda swatted.

San Lorenzo in the first one that accelerated managed to shake the net and Newell’s, who already had doubts and lack of precision, felt the impact and from there he knew that the night would not be easy. He pushed without ideas until the end of the stage and went to the locker room full of uncertainty and annoyance because things did not work out and the points were all for the rival.

After the restart, Newell’s came out determined to deliver the rest in pursuit of the comeback. But it was more heart than football. Immediately, Willer Ditta appeared in the visitor’s area and shot above the horizontal from above.

San Lorenzo was very comfortable and took an eternity at each restart. The revulsive of DT Javier Sanguinetti were the income of Castro and Garro (by Pablo Pérez and Funez), both affected in the previous one by flu symptoms.

And everything got worse for leprosy. About 15 minutes into the complement, Panchito González did what he shouldn’t. He made an unsuccessful pass to the middle and caught Nicolás Castro with his back, the gifted ball drifted to Federico Gattoni, who from the door of the area nailed it in the corner of Arboleda.

Inside the newcomer Genaro Rossi and continue paddling. Great center by Nico Castro and Lema only missed the discount by centimeters.

And with suspense came the discount in a monitor and magnifying glass move. Lema headed, but Jeremías James couldn’t get it out and the ball entered Torrico’s goal asking for permission. Although Justo Giani was ahead, he did not participate in the play, but Herrera still charged offside. The VAR was activated and several minutes later the leper discount was validated, more than 15 minutes from the end.

From then on it was all pure adrenaline until the epilogue. Newell’s went all out with the knife under his poncho. With few lights, without elaborating below, but with enormous display and will.

Sanguinetti’s team, with the little fuel they had in the tank as a result of the push and the enormous effort of never giving up, went for the heroic. He was playing against the clock, the parsimony of San Lorenzo to slow everything down and against his own limitations, since his only recourse at that point was a saving cross at the head of Lema. And the result did not move.

It was a 1-2 loss. Now to wait for the results of the foreign fields and go to play all or nothing in the visit of the following date against Gimnasia in La Plata. People applauded the effort, but this time the team did not have intensity in the game and the classification is in question marks.

THE CYCLONE achieved a TRIUMPH over LEPROSY in Rosario! | Newell’s 1-2 San Lorenzo | Resume