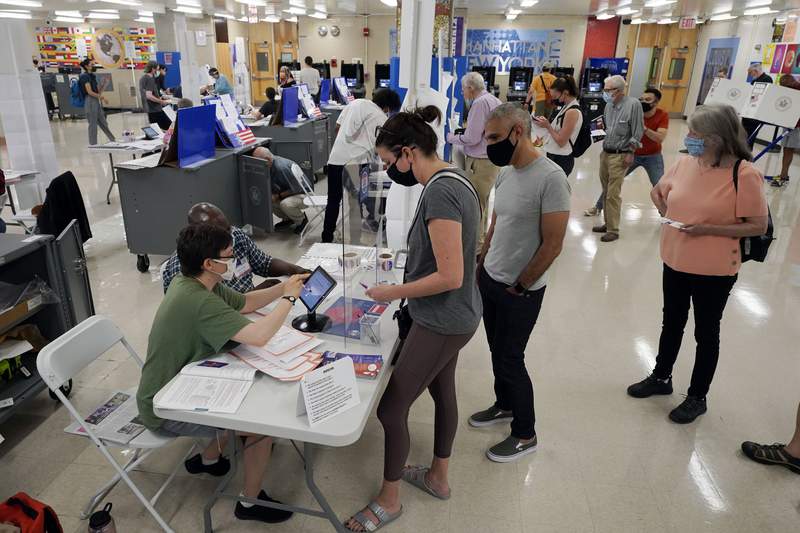 NEW YORK – Thirteen Democrats and two Republicans engaged in last-minute efforts Tuesday to attract supporters in the New York City mayoral primary, the first election in the city to use the preferential voting system.

Several candidates running to succeed Mayor Bill de Blasio have the potential to make history. The city could elect its first mayor, its first Asian-American mayor, or its second black mayor.

But with the debut of the preferential voting system and a mountain of absentee votes yet to be counted, it could take until July to find the winner of the Democratic race.

After the polls close at 9 p.m., the New York City Board of Elections plans to release the partial results of votes cast in person, but that image could be misleading because it will only include data on which candidates were the first option.

The preferential voting system, approved for use in primaries and special elections in the city by a referendum in 2019, allows voters to place up to five candidates on their ballots in order of preference.

Tabulation is then done by computerized rounds, with the candidate last eliminated in each round. The votes for that candidate then go to the remaining candidates in order of preference. The process continues until there are only two left, and the one with the most votes wins.

It will take until June 29 for the electoral board to count those votes with the new system. The board will not include absentee votes until July 6, making any counts until then potentially premature.

More than 87,000 absentee ballots had been received by the city as of Monday, with more expected in the coming days.