When the clocks in Cancun struck the 8:56 p.m. on May 6 last, the criminal group began to unload its firepower against the people who were enjoying the night inside the bar The Micheladas of the Kabah, in Region 229 of the city.

During the terrible shooting, an alleged security guard fell to the ground shot dead, while the security cameras recorded the scenes of panic that were experienced inside the bar also known as of Uncle Toño, where chaos reigned for space 21 seconds.

Everyone present at the premises tried to dodge the shots. throwing himself to the ground, but the cadenero could not realize that objective. Despite having thrown himself on the ground and sheltered behind a piece of furniture, He was struck down by one of the subjects who shot him directly in the head.

As a result of the bloody attack, the man died and six other people were injured, according to information from the Quintana Roo State Attorney General’s Office. The agency also reported the arrest of a person for his probable participation in the events.

Unofficially there was talk of the arrest of three people, but so far no authority has officially confirmed it (Photo: Screenshot)

“A person was arrested for his probable participation in the events that occurred in av kabah del Mpio. from #BJ where six people were injured and one more lost his life from gunshots”, reported the agency through its official Twitter account. Twitter.

Unofficially there was talk of the arrest of three people, but so far no authority has officially confirmed it. According to this version, one of the detainees would have been transferred to a hospital because he suffered injuries during his capture.

According to initial reports, there would have been two simultaneous armed attacks on nightclubs in cancunto the extent that security authorities and emergency services were mobilized to deal with the situation.

Another of the bars attacked was the Déjà vu and presumably, among the five injured victims were employees of the establishment, as well as customers. It was also noted that on several occasions the Micheladas from Uncle Toño he had already received threats from organized crime. 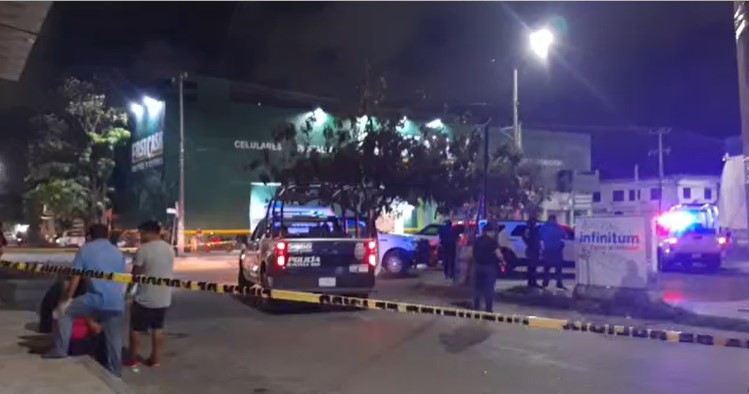 Throughout 2022 there has been more than one attack in the entity’s nightclubs and entertainment centers (Photo: Screenshot)

Later, at 9:22 p.m., the Mexican Red Cross delegation in Cancun reported the presence of a person with a gunshot wound who had reached the facilities by his own means.

Videos have circulated through social networks showing how inhabitants of the area had to take shelter in a self-service store when the detonations began. In the audiovisual material it can be seen how people threw themselves to the ground to avoid being hit by a stray bulletwhile condemning the facts.

Throughout 2022 there has been more than one attack in the entity’s nightclubs and entertainment centers. Just last May 5, shootings were also recorded in the Las Canoas and Poseidon bars, after previous threats from members of organized crime. This fact left a balance of two people injured.

Both attacks would have been carried out, presumably, by the same people due to an alleged collection of “floor rights”. No one was arrested as responsible for these events..

On the other hand, on May 3, two chain locations Goyo cakes were shot in Playa del Carmen and Cancundirect attacks that were recorded 15 minutes apart.

They rescued six minor victims of labor exploitation in the hotel zone of Cancun
They shot at the same time Tortas Goyo branches in Cancun and Playa del Carmen
Cancun: remains of a woman were found inside two suitcases