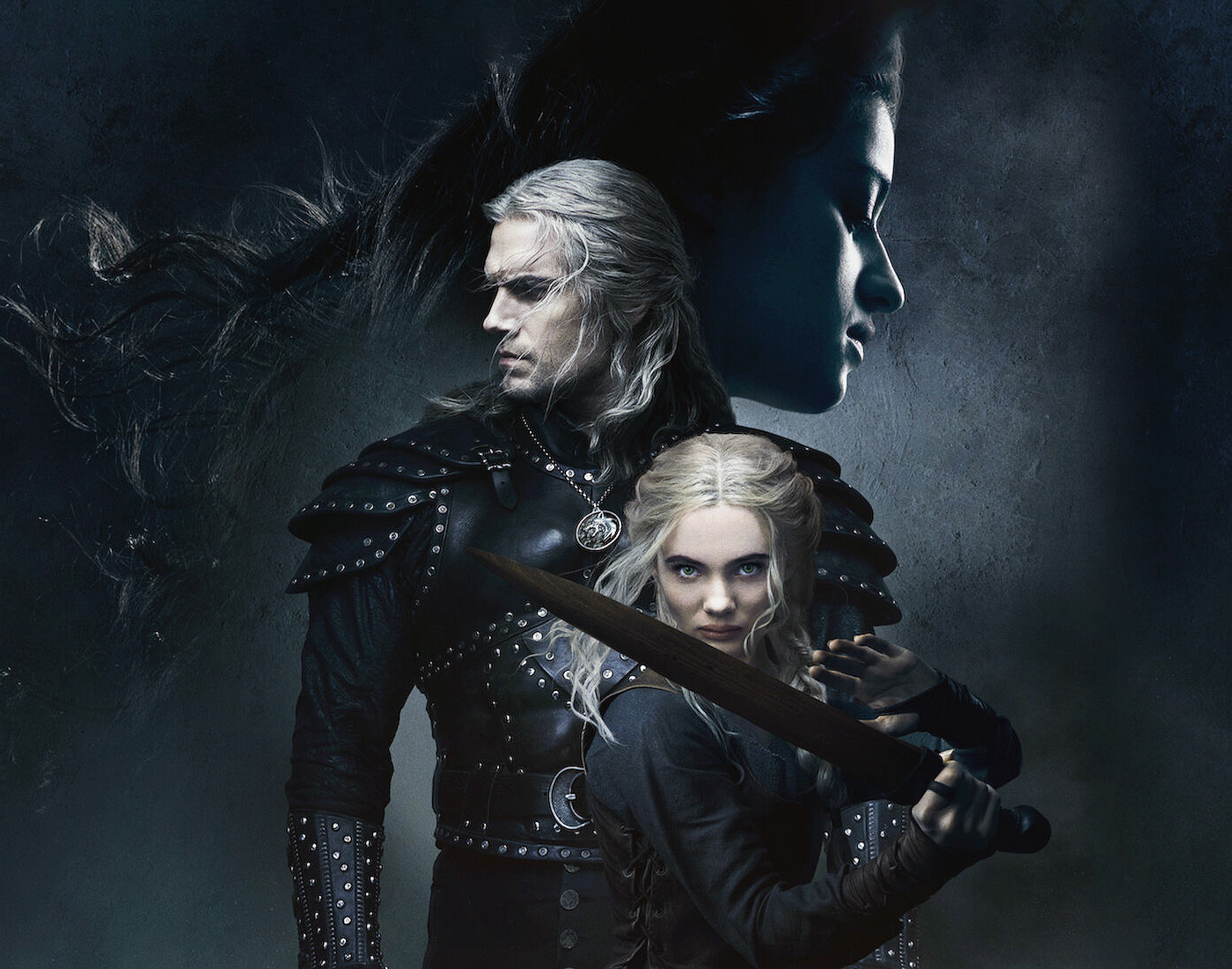 New TV series of the month: what to watch in January?

Let’s start with the banality, but you shouldn’t be hung up in front of the TV or computer watching TV shows and films during the New Year holidays. If you don’t watch a single TV series during the holidays, but walk around to your heart’s content, play board games together and read 1-2 interesting books, then in the end you will feel more refreshed.

However, lying in bed or on the couch is also useful! Fortunately, streaming platforms have prepared content. There is not much of it. Last year it was more and more interesting, but we still managed to find something interesting.

However, to begin with, let me remind you about the series that have already been released, which should not be missed.

The Witcher season 2 is out now on Netflix. I’ve watched the first couple of episodes so far, since, frankly, it’s a pity to waste my vacation watching. And in the evenings I either read or listen to audiobooks, try to rest from the screens.

Definitely better than the first season. Perhaps the fans will approve, and it will be easy for beginners to get involved.

If you haven’t watched it, I highly recommend it. But those who are not at all immersed in history, as, indeed, hardcore fans (Netflix added new details to the story, which were not found in books or games), still have to watch the first season.

On the day this text was written, I managed to watch the first half hour of the film and warmly recommend it.

It turned out to be a caustic satire with Leonardo DiCaprio and Jennifer Lawrence about how a comet flies to the earth, which, most likely, will destroy all living things, and people are not up to it. The President of the United States thinks about the rating, scientists who are trying to draw attention to the problem are hating on social networks, conspiracy theories are ripening on the Internet, and experts are vying to express their opinions that all this is fake.

On the one hand, this is ridiculous, on the other, it is very much like the truth.

See also  Is Khaby Lame getting married? The clue on Instagram

They say that DiCaprio is very careful about his choice of roles. For this reason, he doesn’t seem to have a single really bad job. In this case, it worked to the advantage of Netflix, which has always struggled with films. And then it turned out really well!

I missed this episode, they say it’s worth watching. The series is still in the process of showing. The last episode is due out on January 13th.

Before us is a story about a post-apocalyptic world where everyone died out from covid. Civilization collapsed, and a handful of survivors traveling the world in search of food encounter a cult that emerged from the wreckage of civilization.

The Book of Boba Fett

The main event in the Star Wars Universe in 2021. The tale of a Mandalorian mercenary. I have a suspicion that The Mandalorian is a trial balloon. The Star Wars bosses wanted to see if the story of a man in armor would be popular. Everyone liked The Mandalorian (I never finished watching the last episodes), for this reason Boba Fett was introduced into the story and a new loop was started. Well, let’s see, as they say, a gift horse (and Disney + not only does not exist in Russia, but the service still defiantly rejects domestic bank cards) they don’t look in the mouth.

Well, just in a short line, let me remind you that there is a “Red Notice” with Dwayne Johnson and Ryan Reynolds. A silly comedy that falls easily. Everyone must have watched the “game of squid”. But around Hellbound (“Doomed to Hell”), there seemed to be less excitement, although the series was ahead of “Squid” in views on Netflix. And do not forget about the anime “Top of the Gods” about the journalist-climber.

Unfortunately, I missed the first season (and I’m not going to catch up), but about the second season of “Euphoria” they blow every iron. So one cannot but include the series in the selection. It’s about teenagers, drug problems, mental problems, unhealthy relationships and all that stuff that should be in the life of the right representative of Gen Z.

When: 13th of January

The Peacemaker is an 8-episode spin-off to Suicide Squad this year.

Hope is inspired by the fact that James Gun himself took on the series, and did not outsource the process, becoming a producer. We’re promised a tough and bloody show, so get the kids off the screen.

When: 13th of January

“The Journalist” is a serial adaptation of the 2019 film of the same name, which made a lot of noise in Japan. With its touch of taboo in Japanese society, gripping storytelling and stylish visuals, the film won all three main categories at the Japan Academy Award.

For some reason, I got the feeling that Netflix, feeling the pull of Korean dramas, wanted something else like that. But there were no Koreans, so they took the Japanese.

“We are all dead”

When: date not set

Although, in fact, Netflix did find something Korean. And fresh! Filmed specifically to launch on Netflix in 2022.

Now we will be pleased with a win-win theme – zombie apocalypse. Unfortunately, there is a suspicion that it will be boring, since the plot here is about Korean schoolchildren experiencing the end of the world at school. That is, low-budget, chamber and even a bit trite. Although, perhaps, the Korean guys will delight with an unbalanced approach to the projectile.

We are promised an eccentric comedy with black humor, wrapped in three supernatural stories about the inhabitants of the house.

And that’s animation. There is no Russian trailer yet, but watch the video. Looks very good to me.

TV series. Horror, mysticism and science fiction. We are promised the interweaving of two stories: past and present. Archivist Dan takes on an order to restore archival footage of 1994. Working with them, he learns about a certain mysterious cult. As you can imagine, you can’t just open a mysterious cult. The archivist establishes a connection with the girl on these videotapes. He understands that he can save her from a tragic end.

Season 4, which will be released in two runs of 7 episodes each.

If you forgot or did not know, the Ozark is the story of a family where her husband, an accountant, worked as a money launderer for the mafia, until one day everything went awry, as a result of which the whole family ended up in a lakeside town, where they developed a vigorous money laundering activity in hope to get the forgiveness of the mafia.

The third season ended 2 years ago, and, to be honest, I don’t even remember exactly what it was. But whatever one may say, this is the main series of January.

From the creator of Downton Abbey, a new historical series set in New York in the 1880s. A young girl, Marian Brook, the daughter of a southerner general, who recently lost her family, moves to New York to live with her aunts. She gains access to high society and tries to settle in this world.

This is a comedy series. Anna has a broken heart. Every day is not like the previous one for her: she sits by the window and drinks wine, watching how life passes by her. But then a nice neighbor with his daughter enters the house opposite, and Anna begins to observe their life and realizes that there is a light at the end of the tunnel. And then she sees the murder … or did she think?

We are promised a comedy, satire, psychological thriller and even a light detective story.

A documentary about Neymar (this is a football player) will also be released on Netflix, Hulu promises the series How I Met Your Dad. From the title, you can guess that this is a rehash of one famous TV series.

Well, do not forget that in addition to the series there are many more films – two works by Ridley Scott (about the knights and the Gucci house), there is The Matrix and the new Spider-Man. And also review the previous episodes of the series of the month. They must have missed something.