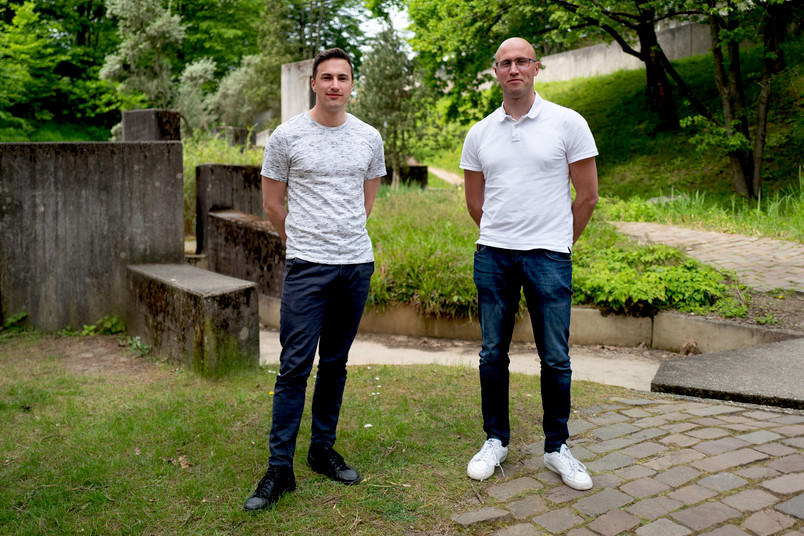 New sensors allow the precise measurement of the neurotransmitter dopamine

Carbon nanotubes glow brighter in the presence of the messenger. In this way, signals between nerve cells can be measured easily and precisely.

Dopamine is an important signaling molecule for nerve cells. So far, its concentration has not been precisely determined spatially and temporally. This is now possible thanks to a new method: A research team from Bochum, Göttingen and Duisburg used modified carbon nanotubes that glow brighter in the presence of the messenger substance dopamine. With these sensors, it has been possible to visualize the release of dopamine from nerve cells with a resolution that has not been achieved before. The researchers around Prof. Dr. Sebastian Kruss from the Department of Physical Chemistry at the Ruhr University Bochum (RUB) and Dr. James Daniel and Prof. Dr. Nils Brose from the Max Planck Institute for Multidisciplinary Natural Sciences in Göttingen report on this in the journal PNAS from May 25, 2022.

Fluorescence changes in the presence of dopamine

Among other things, the reward center of the brain is controlled with the messenger substance dopamine. If this signal transmission no longer works, diseases such as Parkinson’s can occur. In addition, the chemical signals are altered by drugs such as cocaine and play a role in addiction. “However, until now there has been no method that could be used to visualize the dopamine signals simultaneously with high spatial and temporal resolution,” explains Sebastian Kruss, head of the Functional Interfaces and Biosystems group at the RUB and member of the Cluster of Excellence Ruhr Explores Solvation, or RESOLV for short. and the graduate school International Graduate School of Neuroscience (IGSN).

This is where the new sensors come into play. They are based on very thin carbon tubes, about 10,000 times thinner than a human hair. If they are irradiated with visible light, they then glow in the near-infrared range with wavelengths of 1,000 nanometers and more. “This range of light is not visible to humans, but can penetrate deeper into tissue and thus provide better and sharper images than visible light,” says Kruss. In addition, there are significantly fewer background signals in this area that can falsify the result.

“We systematically modified this property by binding different short nucleic acid sequences to the carbon nanotubes in such a way that they change their fluorescence when they come into contact with defined molecules,” explains Sebastian Kruss. His working group has succeeded in turning carbon nanotubes into tiny nanosensors that, for example, bind specifically to dopamine and fluoresce to a greater or lesser extent depending on the dopamine concentration. “It was immediately clear to us that such sensors would be of interest for neurobiology,” says Kruss.

To do this, however, the sensors must be brought close to functional neural networks. dr Sofia Elizarova and James Daniel from the Max Planck Institute for Multidisciplinary Natural Sciences in Göttingen developed cell culture conditions in which the nerve cells remain healthy and can be painted with an extremely thin layer of sensors. This enabled the researchers to visualize individual dopamine release events along the neuronal structures for the first time and gain insights into the mechanisms of dopamine release.

See also  Checkpoint BLN is looking for a psychosocial counselor

Kruss, Elizarova and Daniel are convinced of the potential of the new sensors: “They enable new insights into the plasticity and regulation of dopamine signals,” says Sofia Eizarova. “In the long term, they could also make progress in the treatment of diseases such as Parkinson’s possible.” In addition, further sensors are currently being developed with which other signaling molecules can be made visible – including the identification of pathogens.