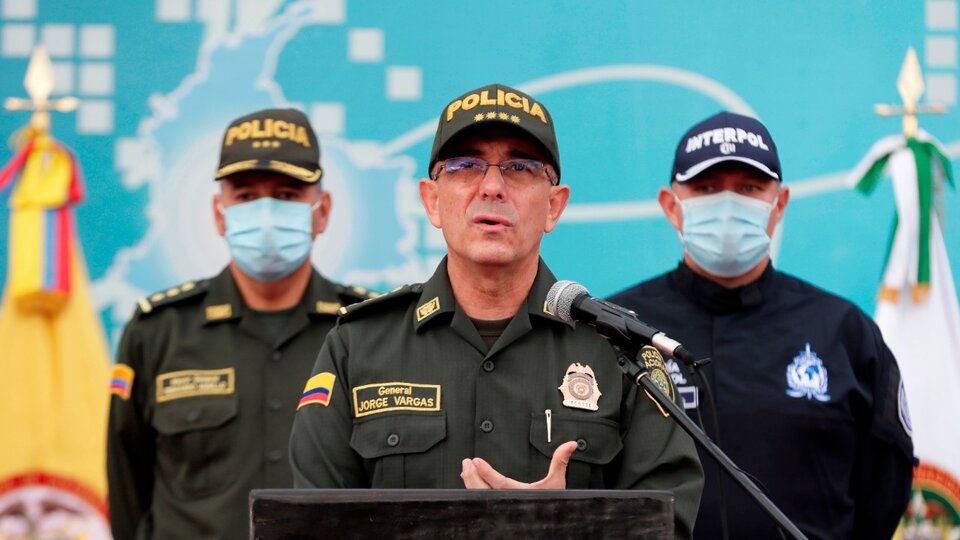 The Colombian police revealed this Thursday that one of the detainees, the ex-agent of the Colombian army, Germán Rivera, received money from the United States to organize the trip of the people who entered the residence and they killed President Jovenel Moïse on the 7th of July. So far, the Haitian Police have arrested 23 people for the assassination, 18 of them Colombians and five Americans of Haitian origin, while another six have an arrest warrant.

“Within the analysis and the information received, there is an approximate amount of $ 50,000 that Germán Rivera received from the United States.”the director of the Colombian Police, General Jorge Luis Vargas placeholder image, who clarified that his office is still investigating the use of this money. Vargas added that the Haitian authorities “are asking him to identify three more people who would have been with the group of Colombians who participated in this homicide.”

Vargas also confirmed that Rivera, along with the former military officer Duberney Capador, killed by the police in Port-au-Prince “were the people who, according to the information being handled in Haiti, planned and organized the alleged arrest operation to reach the house. of the president”.

In Haiti, the chief of police, Léon Charles, recently claimed that Moïse’s murder was engineered from the Dominican Republic. A photograph where the former senator is seen Joel John Joseph, one of the suspects currently a fugitive from justice, participating in a meeting in the border country. “They were meeting in a hotel in Santo Domingo. Around the table are the masterminds, a technical recruitment group and a fundraising group,” Charles told reporters.

“Some of the people in the photo have already been arrested. It is the case of the doctor Christian Emmanuel Sanon, James Solages. The latter had coordinated with the Venezuelan security company CTU Security, based in Miami, “added the head of the Haitian police. The image also shows Antonio Emmanuel Intriago Valera, owner of CTU, as well as the owner of the firm Worldwide Capital Lending Group, Walter Veintemilla, a company under investigation because it “would have raised funds to finance” the assassination, said Charles.

“There was a group of four (mercenaries) who were already in the country. The others entered on June 6. They passed through the Dominican Republic. We traced the credit card that was used to buy the tickets,” he said. “They are ex-soldiers of the special forces of Colombia. They are experts, criminals. This is a well-planned operation, “said the Haitian police chief.

The Colombian police identified 19 plane tickets that were purchased with a credit card linked to the CTU company, Vargas also confirmed that the owner of the firm, Intriago Valera, is of Venezuelan nationality.

In addition, the Haitian police identified three new suspects in the murder of Moïse, the three men are among the five fugitives identified by the Caribbean authorities. As reported by the American newspaper The Washington Post, one of them is John Joël Joseph, Haitian politician opposed to the party of Moïse. Last year Joseph had posted a video on YouTube in which he compared the president to the coronavirus. “Insecurity has infected all Haitians,” he said.

The second suspect is Joseph Feliz Badio, a former official of the Haitian Ministry of Justice what joined the anti-corruption unit in March 2013 and he was removed from his post in May of that same year for “serious breaches” of ethical standards. “This vile act is an affront to our democracy,” the unit said in a statement Tuesday. “The authors, co-authors and accomplices must be persecuted, investigated and punished with the utmost rigor.”

The third person named by the Haitian authorities is Rodolphe Jaar, a Haitian citizen who in 2013 he was indicted in federal court in South Florida for conspiring to bring cocaine into the United States from Colombia and Venezuela through Haiti. Jaar, known as Whiskey, pleaded guilty and was sentenced to nearly four years in prison, according to court records. According to the American morning paper, At the sentencing hearing in 2015, Jaar’s attorney told the court that his client had been a confidential source for the US government. for several years before being charged. In addition, Jaar agreed to cooperate with federal authorities.

Training in the USA

From the Pentagon they revealed information about the United States’ link with the command that committed the assassination in Haiti. “A review of our training databases indicates that a small number of the Colombian individuals detained as part of this investigation had participated in United States military training and education programs in the past, while serving as active members of the Military Forces. of Colombia, “said Lt. Col. Ken Hoffman, a Pentagon spokesman, in a statement to The Washington Post. Hoffman, however, did not confirm how many men received the training or what it consisted of.