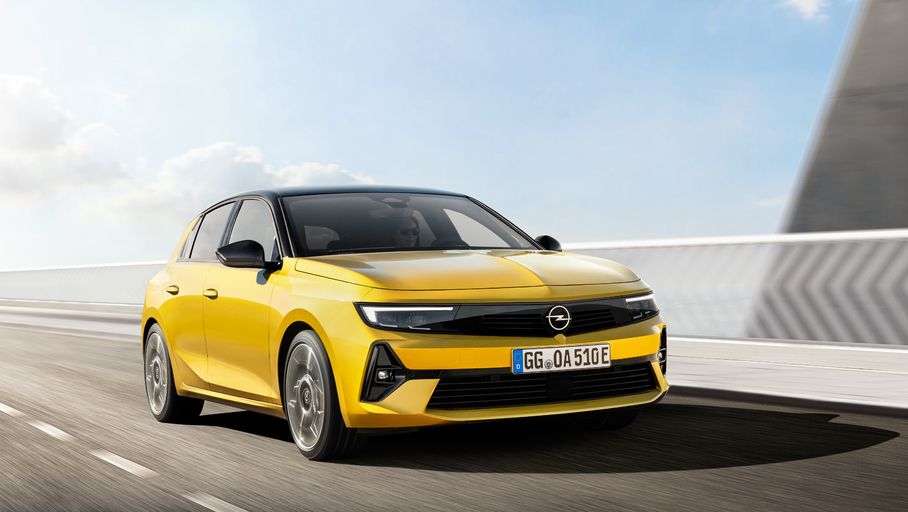 Four years after the takeover of Opel by PSA, now part of the Stellantis group, the productions of the General Motors era are gradually disappearing from the catalog of the German manufacturer. Among the veteran models, designed under the leadership of the former owner of Opel, there remained in particular the Astra, the compact sedan of the range. This now gives way to a new generation, the sixth, developed in a new era.

The new Astra is based on the third generation of the EMP2 platform, shared with the latest Peugeot 308 and DS 4. Its dimensions change relatively little, however, with a length of 4.37 m (+ 4 mm). It only loses a few millimeters in height, which it gains in width.

The style remains quite sober, but Opel has managed to give personality to its Astra, thanks, in particular, to a rib in the center of the hood or to the optional two-tone paints.

The trunk volume is announced at 422 l. A station wagon version should be offered later.

The interior, certainly less bland than on the Corsa and Mokka, remains fairly classic in its lines. Opel, however, seems to have made an effort on the colors and materials used. There is the Pure Panel, which includes two 10-inch screens, linked as on a Volkswagen Golf for example. Here, like a Mercedes Class A, the instrumentation does not need a cap, the panel benefiting from a specific coating to avoid reflections. The center display is compatible with Apple CarPlay and Android Auto wireless.

In addition to gasoline and diesel engines, whose powers are between 110 and 130 hp, the new Astra is available in two plug-in hybrid versions (PHEV), engines taken from the new 308, the characteristics of which we know suddenly: d ‘ on the one hand, a 225 hp cumulative power configuration, which combines a 180 hp turbo four-cylinder petrol engine with an 81 kW (110 hp) electric motor; and on the other hand, a new version of 180 hp of cumulative power, which sees the power of the petrol unit drop to 150 hp. Both should carry a 12.4 kWh battery, for an electric range of about 60 km.

Production of this new Astra will begin this fall at Opel’s headquarters in Rüsselsheim, Germany, and orders will open at the same time. The prices are not yet known. The first deliveries are expected early next year.