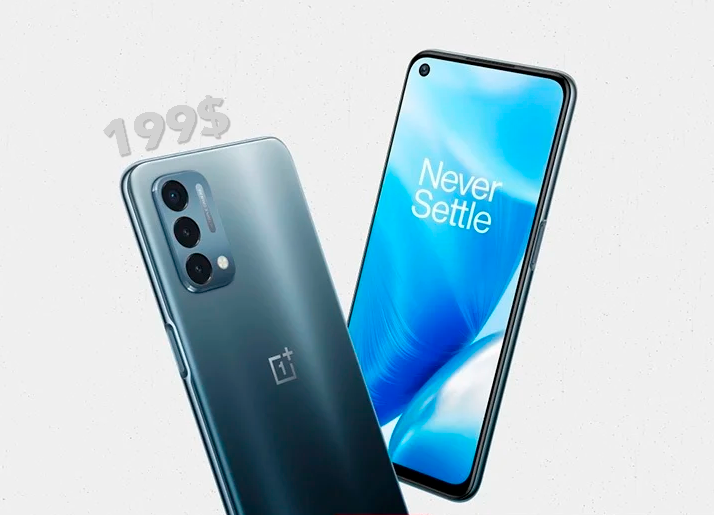 OnePlus continues with its intentions to launch several mid-range devices in 2021. We already know that the OnePlus Nord CE, a mid-range device with interesting hardware, will make an appearance shortly. Today we can know another of the launches that also renews a device launched in 2020. It is the OnePlus Nord N200 5G, the replacement for the current OnePlus Nord N100. This new terminal will be the cheapest in the OnePlus catalog worldwide and could cost less than 200 euros / dollars.

Everything points to the day June, 15 will be presented on OnePlus Nord N200 in India. This device will be a direct renewal of the N100 launched in 2020 for the mid-range. Again, it will arrive as the company’s cheapest device and will be 5G. Its design has been fully revealed and so have several of its features.

It is a simple terminal with a well-used screen, a hole in the upper left corner and a flat panel. At the back we find a fairly large camera module with 3 photographic sensors. The fingerprint sensor is located on the right side and hopefully its connections will get a jack 3.5 mm.

Regarding its characteristics, we can only know about its screen: it will be FullHD +, 6.49 inches and with a 90 Hz refresh rate. The new North N200 5G Raises the panel level, as the N100 includes an HD + display.

Today it has been leaked that the device will be presented on the day June, 15 in India. It is possible that it will end up arriving in Spain in the near future and that its price will be set around the 200 euros / dollars. This is the figure that OnePlus set for the N100, so this OnePlus Nord N200 5G could you repeat.