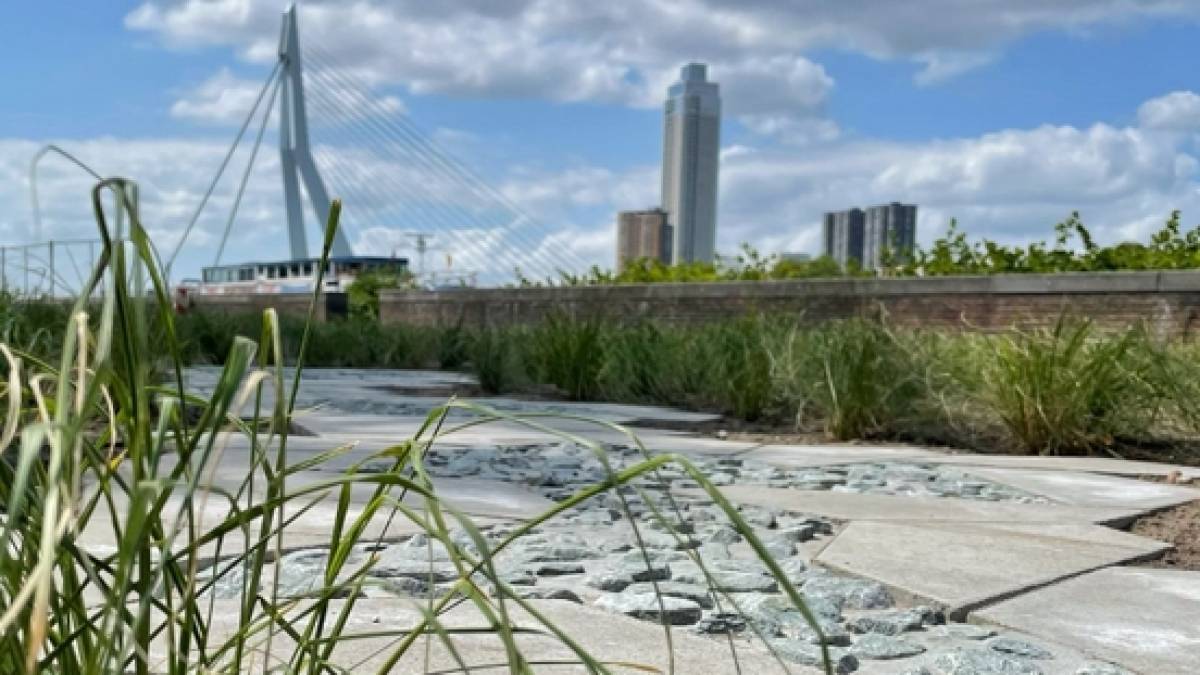 Exactly eighty years after the first Jews were deported from Rotterdam, there is a new monument. Ten thousand stones have been laid by hand on the quay on the Maas where the Jews had to report during the Second World War by the German occupier. These symbolize the approximately ten thousand Jews from the region who were deported via Westerbork to the concentration and extermination camps.

Various types of ornamental grass have also been planted on the quay in South Rotterdam, not far from the Erasmus Bridge. “They wave back and forth and symbolize our living memory of the Jewish inhabitants of Rotterdam who died,” says one of the initiators, Frank van Gelderen at Rijnmond.

“Not the entire quay has been planted. The unplanted parts represent the void that remained. Between the ornamental grass are walkways with ten thousand stones, which therefore represent the ten thousand Rotterdam Jews who did not return.”

In the night of 30 to 31 July 1942, the first transport was from the quay on the Maas, now called the Eva Cohen-Hartogkade. At the time, this was a windy port area with a shed, where Jews from Rotterdam and the islands of South Holland had to report. Eventually seven more would follow after that first transport. Only a very small part of the people who were then taken away returned.

The Jewish Children’s Monument has already been unveiled near the quay. It lists the names of all 686 children up to and including 12 years of age who were deported from that location.

For the new monument, stones were used that were used in 2020 for the art project Levenslicht of the National Committee 4 and 5 May. Artist Daan Roosegaarde then collected a total of 104,000 stones that symbolized the 104,000 Dutch victims of the Shoah. The monument, in which the stones gave light, was always in a different place in the Netherlands and was on display in its entirety in Rotterdam for one day.

When the project was finished, Van Gelderen managed to ‘arrange’ ten thousand bricks. They are now located in Rotterdam. “It is not a monument of names. The different size and shape of the stones symbolize the people, but you cannot see the names,” explains Van Gelderen. An olive tree has also been placed in a large planter along the quay. The olive tree represents peace and connection.

The new monument will be inaugurated tomorrow during the annual commemoration on the Eva Cohen-Hartogkade.