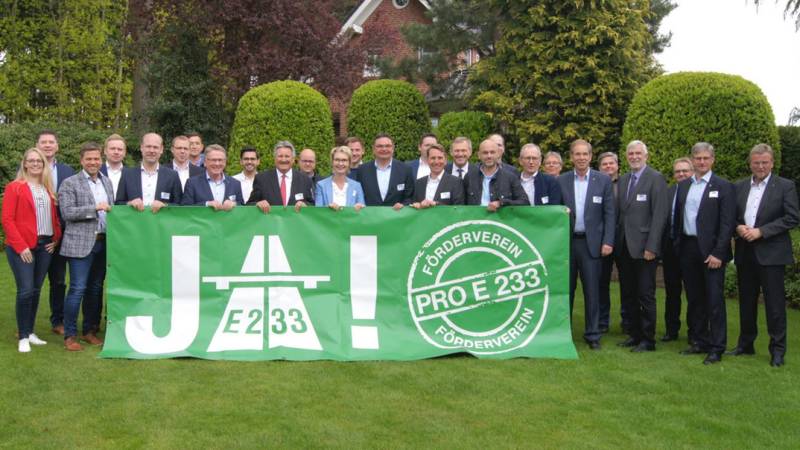 Germany is going to convert the current two-lane road from Emmen to Cloppenburg and the connection with the A1 towards Bremen into a highway. This was decided by the German traffic minister Volker Wissing.

“Hamburg and Bremen are suddenly three quarters of an hour closer. We can benefit from that as a region,” says Herman Iedema of Ondernemend Emmen at RTV Drenthe.

Because a car tunnel is also being built between Germany and Denmark at the same time, Iedema thinks that the travel time to Copenhagen and Malmö will be even two hours shorter.

There has been a highway from Emmen to the German border for some time. But with the E233 motorway that connects to it in Germany, it has so far been manageable. If you are behind a slow truck, you often cannot pass it safely. In Cloppenburg you have to drive through a number of suburbs.

Lobby of administrators and entrepreneurs

There has therefore been a lobby for some time by both Dutch and German drivers and entrepreneurs to double the motorway. In February, Minister Harbers of Infrastructure raised the subject with his German colleague Wissing.

Nevertheless, the positive decision by Minister Wissing is striking. Wissing belongs to the liberal FDP, but his foreign affairs colleague Baerbock (Greens) previously called for no more construction of new highways in Germany.

“Instead of building more highways every time, the focus should be on better public transport and strengthening cycling infrastructure,” the Greens said in October 2020. It was an important election topic at the time.

See also  LIVE | Lowest number of infections since July 5, Unmute Us: leaked measures slap in the face of the event industry