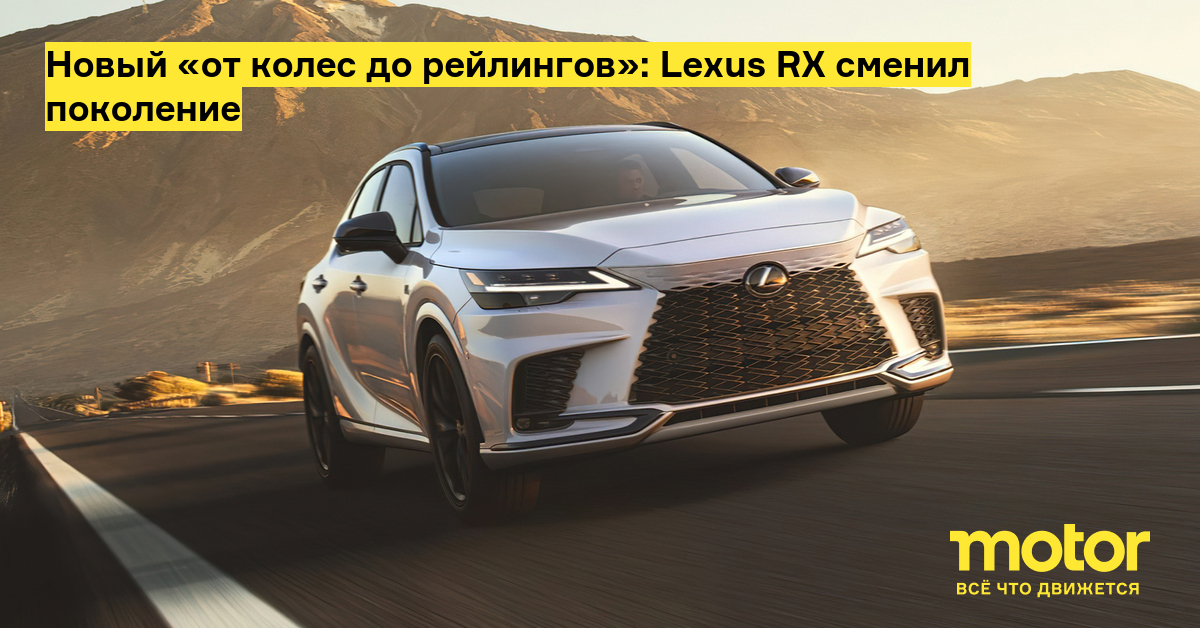 The fifth generation model will be presented in four versions: RX350, RX350h, RX450h + and RX500h, the last three being electrified. The base engine is a 2.4-liter turbo four with 279 horsepower and 430 Nm of torque. It works in tandem with an eight-band automatic, and the drive can be front or all-wheel drive. The all-wheel drive RX350 accelerates from zero to 100 kilometers per hour in 7.1 seconds, a full second faster than the previous RX with a 299-horsepower six-cylinder engine.

The RX350h is a “parallel hybrid”: a 2.5-liter naturally aspirated petrol engine works with an electric motor and an electromechanical variator. The total power is 249 horsepower and the torque is 316 Nm. Drive – front or full (in the second case, an additional electric motor is installed on the rear axle – the E-Four system). All-wheel drive hybrid is gaining “hundred” in eight seconds.

The RX450h+ version appeared for the first time. This is a plug-in hybrid with E-Four all-wheel drive and more powerful electric motors: the total output is 306 horsepower. Such a crossover is equipped with a lithium-ion battery with a capacity of 18.1 kilowatt-hours, which provides it with a 65-kilometer range on electricity alone. Such a hybrid accelerates from standstill to “hundreds” in seven seconds and can be charged from a wall outlet.

The RX500h is another “parallel hybrid” but with a Direct4 system. It has a 2.4-liter petrol engine, a six-speed automatic and a separate electric motor on the rear axle. The peak output of the hybrid system is 371 horsepower and 550 Nm of torque. This RX will only be available in F Sport Performance, with a full-steering chassis and six-piston brakes. It is also the most dynamic in the range – it takes only six seconds to accelerate to 100 kilometers per hour, but recharging from an outlet is not provided for the RX500h.