Volkswagen has finalized its multi-billion dollar plans to set up its own battery cell factories and is teaming up with a large supplier from the People’s Republic of China at the Salzgitter location. The works council also sees good opportunities for the possible construction of another cell plant in Germany.

As the company announced on Tuesday at the presentation of the new corporate strategy, the Chinese cell manufacturer Gotion High-Tech is to participate as a “technology partner” at the headquarters of the previous engine plant in Lower Saxony. For its part, VW is already involved with the company. Both sides had signed an agreement on Salzgitter at the beginning of the week, it was said in Wolfsburg. The year 2025 is targeted as the start of production.

Volkswagen is setting up its own production facility in Salzgitter for the often scarce battery cells, also in order to become less dependent on external suppliers. There is already a pilot line here.

The employee representatives have been campaigning for another “gigafactory” in Germany for a long time. The works council declared that the goal was now “a decisive step closer”. There has not yet been a specific decision. But the board of directors is therefore “basically ready to set up another cell factory in Germany as part of its battery strategy.

For an appropriate decision on such an investment, the necessary economic efficiency and political support from a future federal government are crucial. “The management will” sound out appropriate possibilities for a German location. “A total of five more cell factories will be built in the coming years. In Sweden, for example The partner Northvolt was there. When selecting further locations, the group decided on Spain – the home of its Seat brand. The country is said to be “a strategic pillar in the electrical strategy.” A strategic partner is still being sought.

That’s what VW shares do

In a mixed industry environment, the VW share also had to give up on Tuesday afternoon: the Volkswagen advantages -1,88% recently fell by around one percent to EUR 216.60. Since the beginning of the year, however, there has been an increase of around 46 percent. 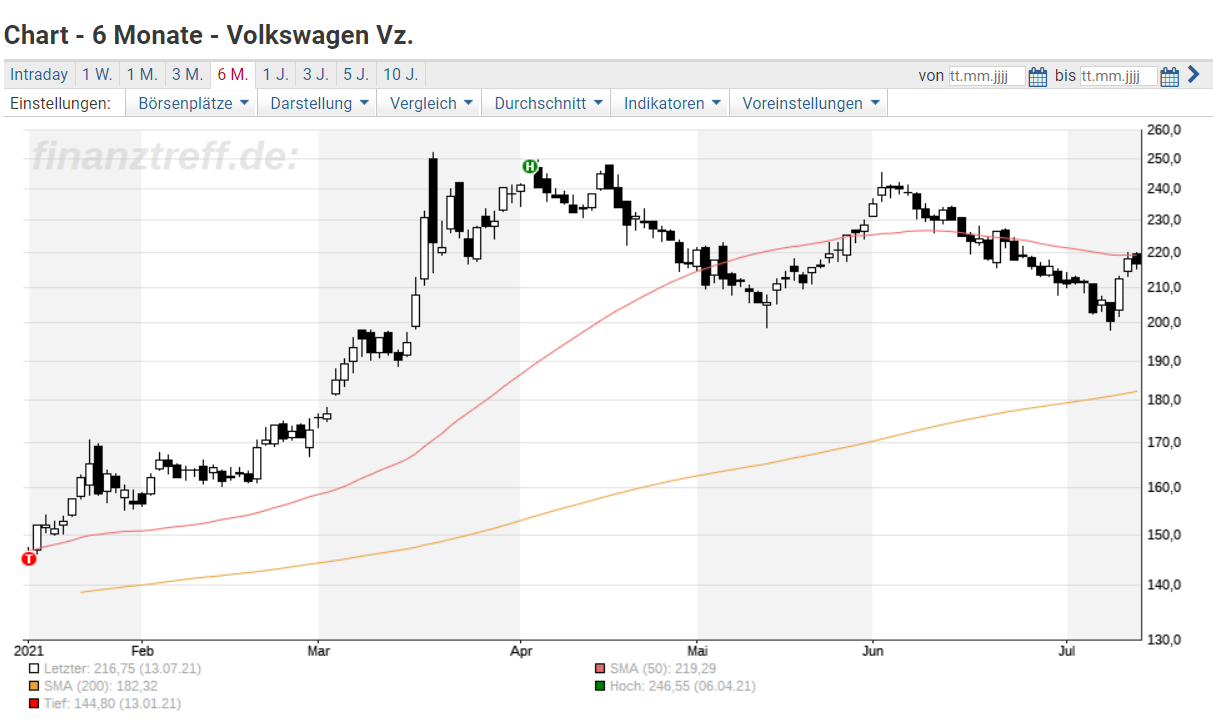 With material from dpa-AFX.