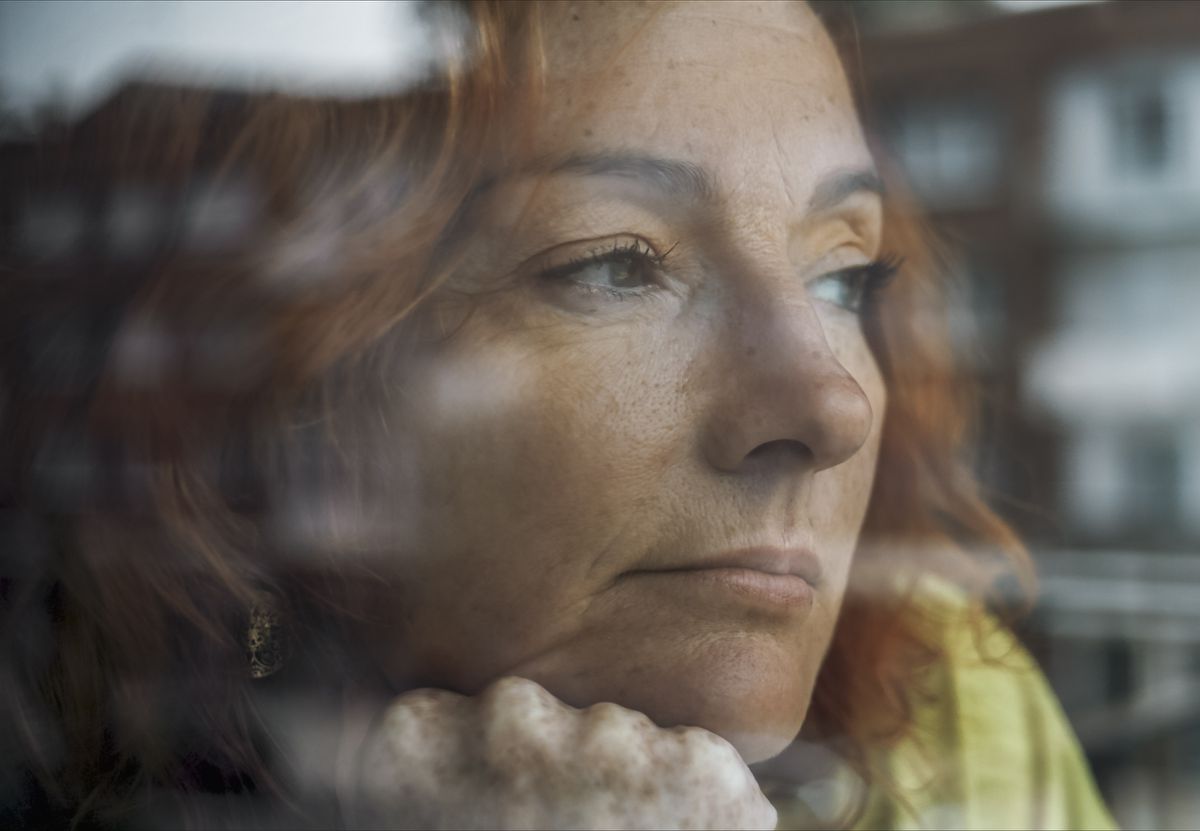 Netflix series: All the demons of the ‘Florence Cassez case’

Few court cases have revealed the darkest cracks not only in the Mexican justice system, but also in political power. That of Florence Cassez and Israel Vallarta, accused of kidnapping in 2005, uncovered the criminal practices of two governments, of Presidents Vicente Fox (from 2000 to 2006) and Felipe Calderón (2006-2012), and some institutions coordinated in destroying any possibility to know the truth. Netflix documentary series The Cassez-Vallarta Affair: A Crime Novel, whose trailer previews EL PAÍS exclusively and the streaming platform premieres on August 25, rescues how what remains in the collective memory as the great production of the century was conceived. And in a meticulous presentation of the facts and its main protagonists, the viewer attends horrified with the full awareness that something like this can happen to anyone.

It all started long before, explains the documentary, inspired by the book by the Mexican writer and co-producer of the series, Jorge Volpi, a crime novel, Alfaguara novel prize 2018. In the year 2000 the wave of kidnappings kept the country in check. The victims had gone from being wealthy people, children of businessmen and famous singers, to working-class families. The exorbitant rewards ended up being reduced by the impossibility of raising so much money. Severed ears, fingers. The real horror in Mexico was not El Chapo Guzmán, were some guys who could be his neighbors.

And the government of Vicente Fox, of the conservative PAN, which had just unseated the legendary PRI —which had governed the country for more than 70 years— and started a legislature unknown to anyone, which promised change, order, security, undertook a crusade with fanfare against kidnappers. General psychosis did the rest.

Stopping a gang of kidnappers in the early 2000s was the biggest blow against crime. The bad thing is that among the leaders of that crusade were characters as shady as the head of the Federal Investigation Agency, the elite of the police at the time, Genaro García Luna — awaiting trial in the United States accused of collaborating with the Sinaloa cartel—and his right-hand man, agent Luis Cárdenas Palomino, in prison for a year for torturing his detainees. Both rose in those years. García Luna became, during the Calderón government, his Secretary of Security.

On December 9, 2005, when it had not yet dawned, the cameras of the main television networks were ready and ready to broadcast live a major operation against a gang of kidnappers. The ultimate hook. The scene seemed perfect: policemen advancing towards the entrance of a ranch with military synchronization, a door that surprisingly someone opens, and inside, everything, kidnappers, victims —including a child—, weapons, photographs, even a monster mask. A seamless blow if it weren’t for the fact that it was all a lie. The great farce, a montage that some journalists, like the driver Carlos Loret de Mola, will not be able to shake in their career years.

There was Florence Cassez, French, partner of Israel Vallarta, identified as the main leader of a gang that consisted of the two of them. Vallarta, who has been in prison for 17 years without a sentence, is even beaten live so that he confesses before millions of viewers to having kidnapped three people, but also three or eight more years before. And on the other side of the screen, a content citizenry, eager to see the wicked in jail.

Years later, the farce was dismantled. Cassez and Vallarta were arrested a day earlier, “kidnapped,” said Cassez, who entered a television program by phone to confront García Luna when he presumed the coup. And transferred to that ranch to complete the scene fabricated by the authorities. The case escalated into an international conflict, an almost personal matter between two presidents, Calderón and Nicolas Sarkozy, who talk about what happened in the Netflix series. In 2013, a Supreme Court ruling freed Cassez and returned to France. Vallarta remains in prison without having been sentenced yet. But in the collective imagination only that media montage remained. Not the amount of irregularities, police abuse, fabrication of evidence, manipulation of testimonies of the victims, which occurred later.

The series goes back to the kidnapping cases that caused the urgent need to find a culprit. He travels through Mexico and France and speaks with almost everyone who was involved in this story: from the relatives of the kidnapped victims, to the Vallarta family —persecuted years later and some of his brothers accused of being part of the Zodiac gang, also kidnappers , later released—, Cassez’s parents, Cassez herself narrates her version of the story, her brother and his confrontation with a powerful Jewish businessman, Eduardo Margolis, who seems key in the case, the journalists who from day one suspected the plot, some, like Loret de Mola, who regret what happened. There is even a short conversation with Vallarta from jail. They interviewed the presidents of that time, Mexican and French, and the magistrates of the Supreme Court who concluded that everything possible had been done in the file so that nothing would ever be known about what happened. “The corrupting effect”, they concluded.

“It is a case that became exceptional due to Florence’s French nationality and that is why it escalates into an international conflict and acquires an unprecedented dimension. But what is described in it: the police abuses, the set-ups, the lack of an adequate justice system in Mexico, the impossibility of reaching the truth, the creation of witnesses, the planting of evidence, the torture… They have been a constant in the history of Mexico. In reality, like Vallarta, there are many people in Mexico suffering from these irregularities,” says Volpi in an interview for this newspaper.

The current president, Andrés Manuel López Obrador, often resorts to the case to insist on the criminal practices of previous governments. A week ago, during a morning conference, he showed the famous Vallarta interview on that ranch that night. Another of the producers of the series, Alejandro Gerber, points out about this: “It is a resounding absurdity, because the case is shown as an example of what was done before, but Vallarta is still in prison, the file is still contaminated, those responsible They have not even offered explanations, let alone, that have been required by justice. In that sense, it continues to be a clear example of the systemic dysfunction of Mexican justice.” “Especially because it doesn’t change. This is the present. The night has never been darker”, concludes Pablo Cruz, also a producer. 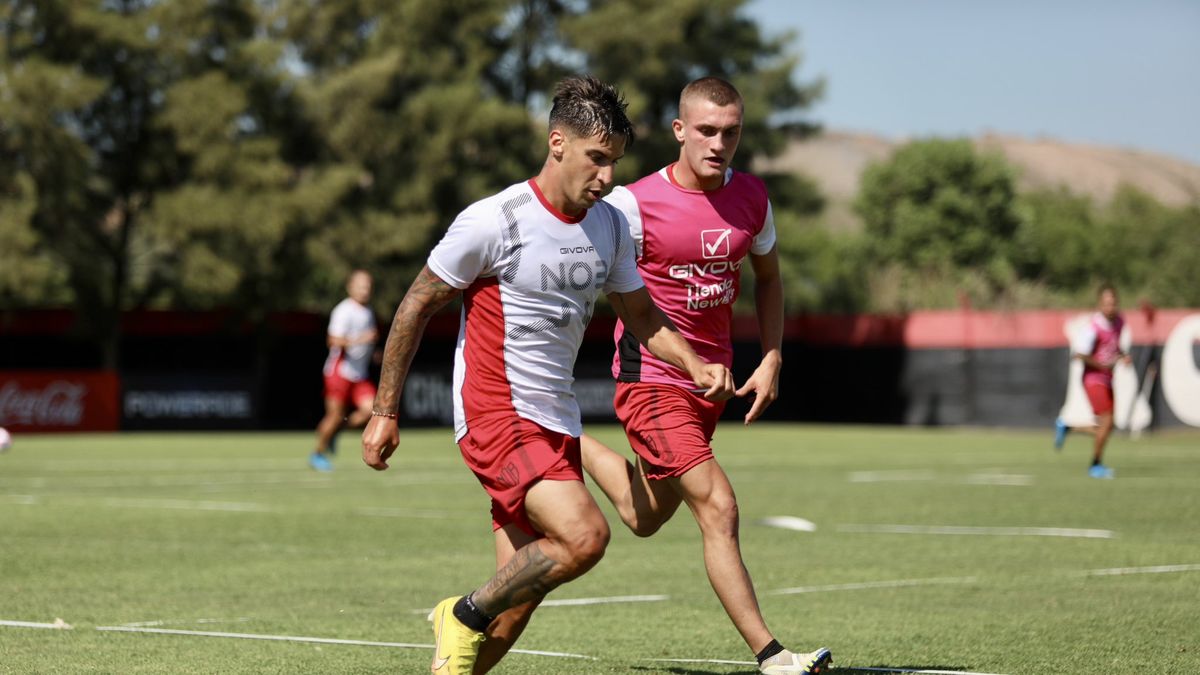 Menéndez and Martino, more than alternatives at Newell's The government will continue to buy back debt and bonds bounce 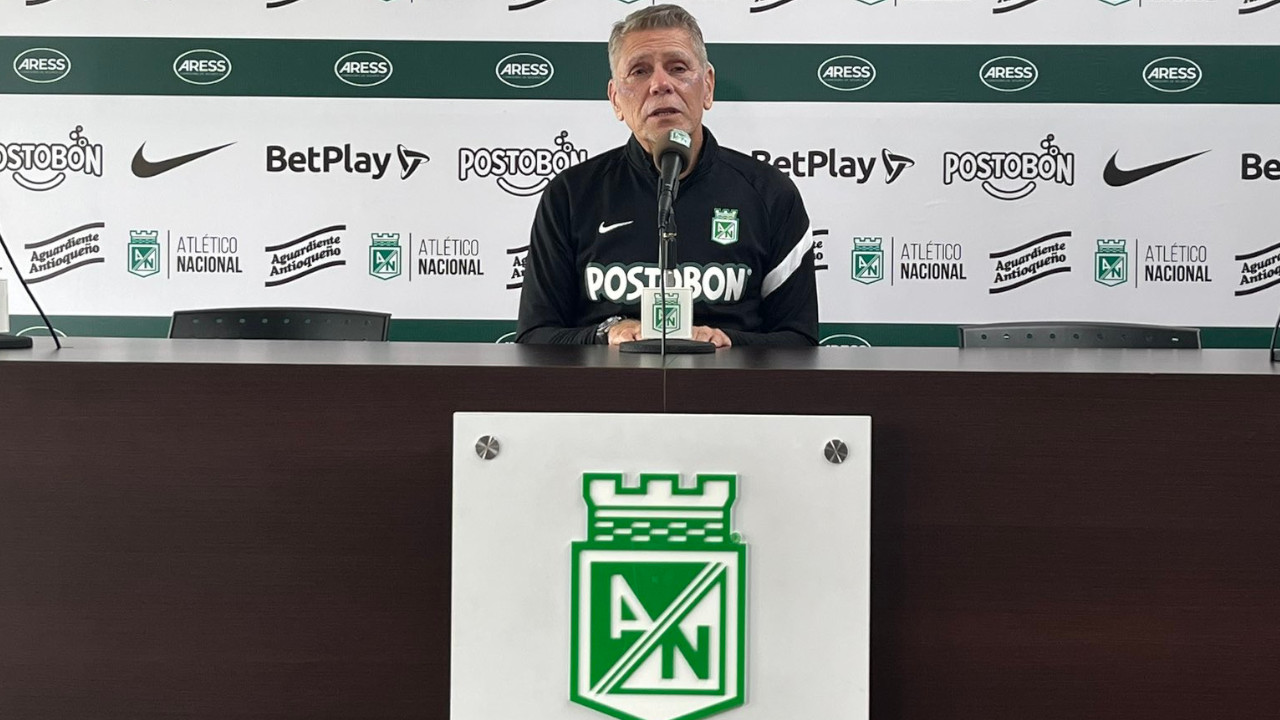 Nacional brought “half a title” from Pereira 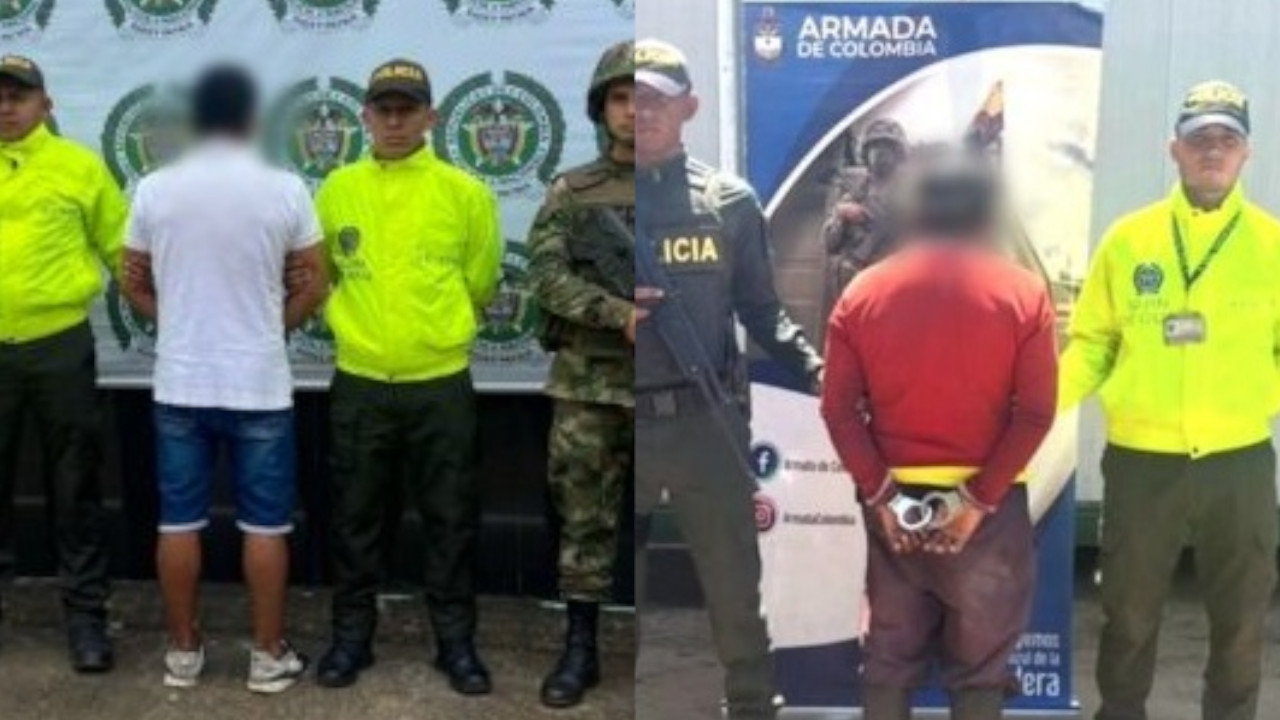 [VIDEO] An uncle and a stepfather go to jail for raping two girls, one of them got pregnant 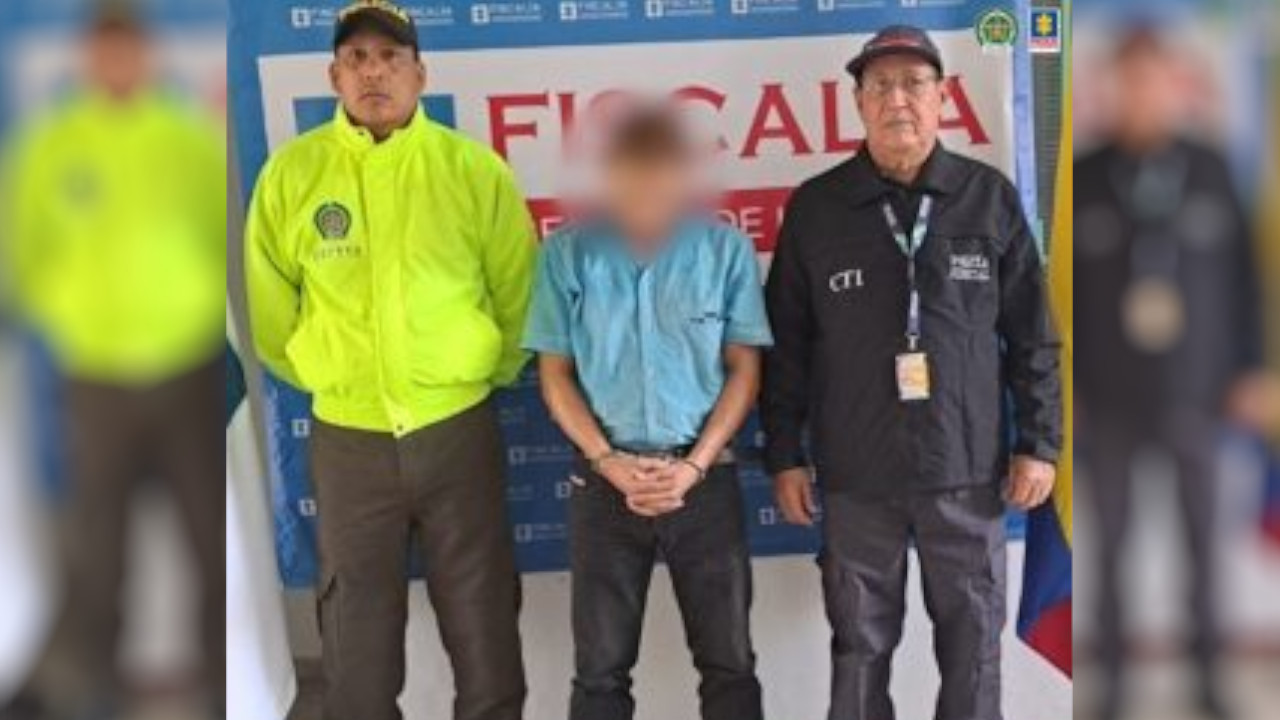 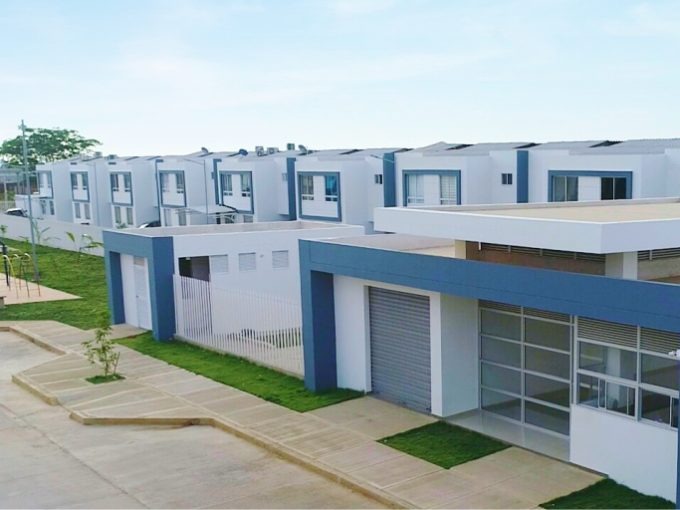 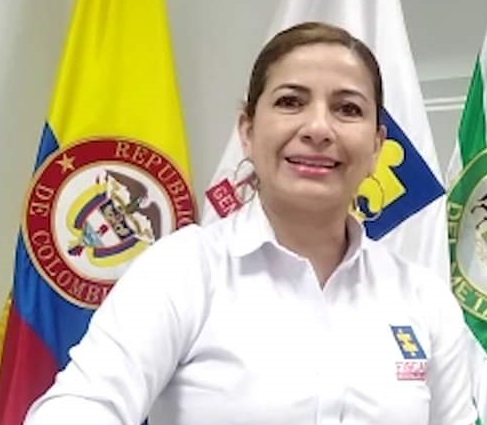 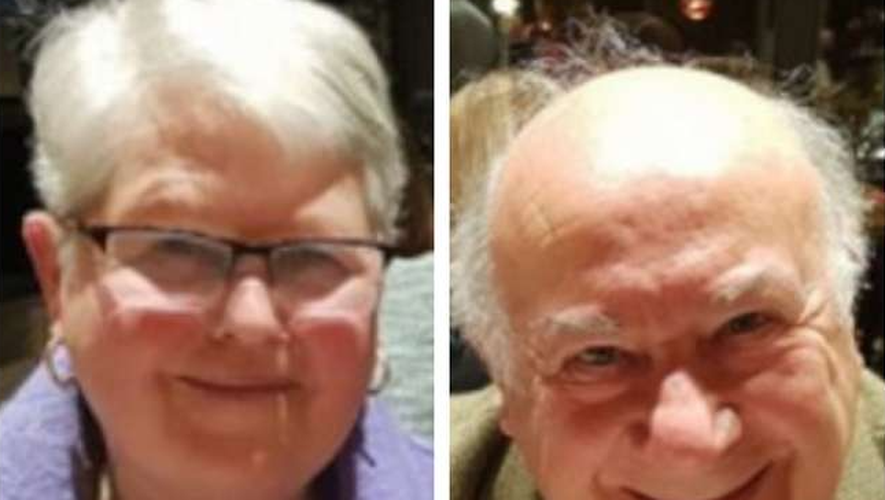 Disappearance of Marie-France and Richard in the North: the pensioners' car and a body found in a canal

Marie-France Dumortier, 79, and Richard Di Gennaro, 83, disappeared on January 1, 2023. This Wednesday, February 8, their car was found in a canal in