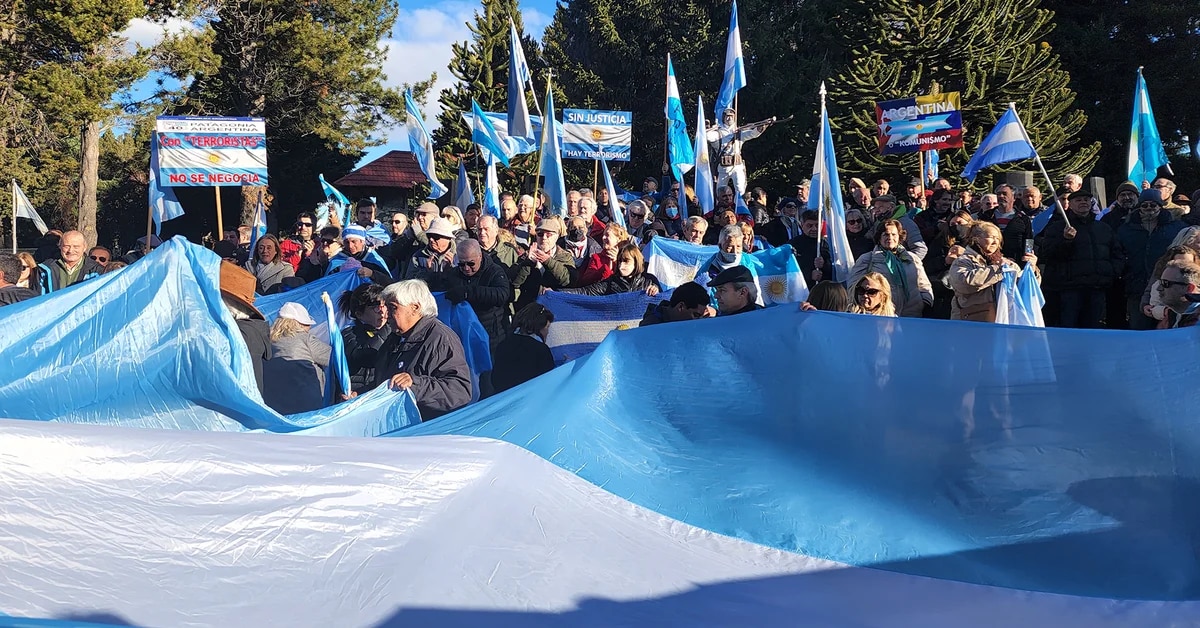 Protesters gathered this Sunday in front of to the facilities of the Argentine Army in Bariloche, within the framework of the anniversary of the military institutionto defend the state lands that the substitute federal judge Silvina Domínguez decided to grant to a Mapuche community.

Former Malvinas combatants, civic-military groups, provincial leaders of Together for Change and neighbors embraced the Mountain Military School – located 9 kilometers from the center of Bariloche- and expressed their discomfort at the judicial decision, which is not yet final due to an extraordinary appeal filed by the Army before the Supreme Court of Justice to try to stop this transfer.

Protesters They “embraced” the Army premises and did not hide their discomfort, not only with the magistrate who ordered the delivery of the community property title to the Lof Millalonco Ranquehue, but also with the National State – which unsuccessfully appealed the judge’s decision- and promotes the transfer “of public lands to Mapuche communities, in the figure of the National Institute of Indigenous Affairs (INAI)”.

A Malvinas veteran called for giving one’s life in defense of this land and stressed that “the people are sovereign, they defend the Flag without political distinction, we are united, not by a political party but for a single flag that is Argentina”. 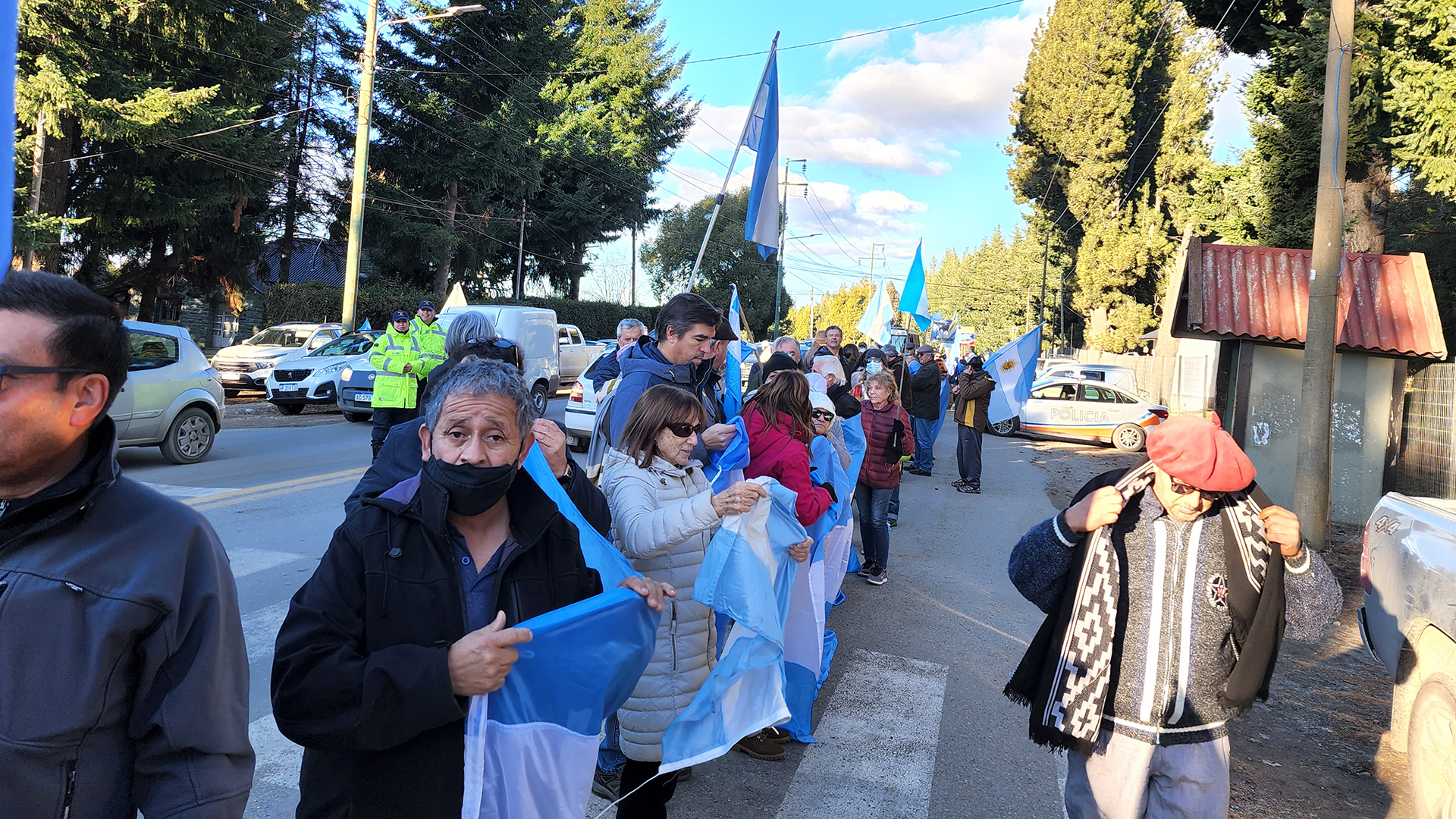 “Enough of terrorism, we must put an end to the abuses. Today they claim 180 hectares and give it to them, in two months they are going to claim rights over Lake Nahuel Huapi and the judges are going to heed that request,” they claimed.

The organizers prepared a document in which highlighted the project presented by Governor Arabela Carreras in 2014, during her term as a provincial legislator, through which she proposed the creation of a Central Park.

The objective of this initiative is to value this space and transform it into a green lung, as a tourist and recreational attraction. The lands that the federal judge intends to cede to the Mapuche community are included in the provincial president’s project.

“Delivering State lands that are of enormous landscape wealth, without having carried out a study to determine the damage that private individuals may cause, Far from protecting them, they are in danger of being transformed into an urban area. That should concern us all” they mentioned in the text that was read during the “hug”. 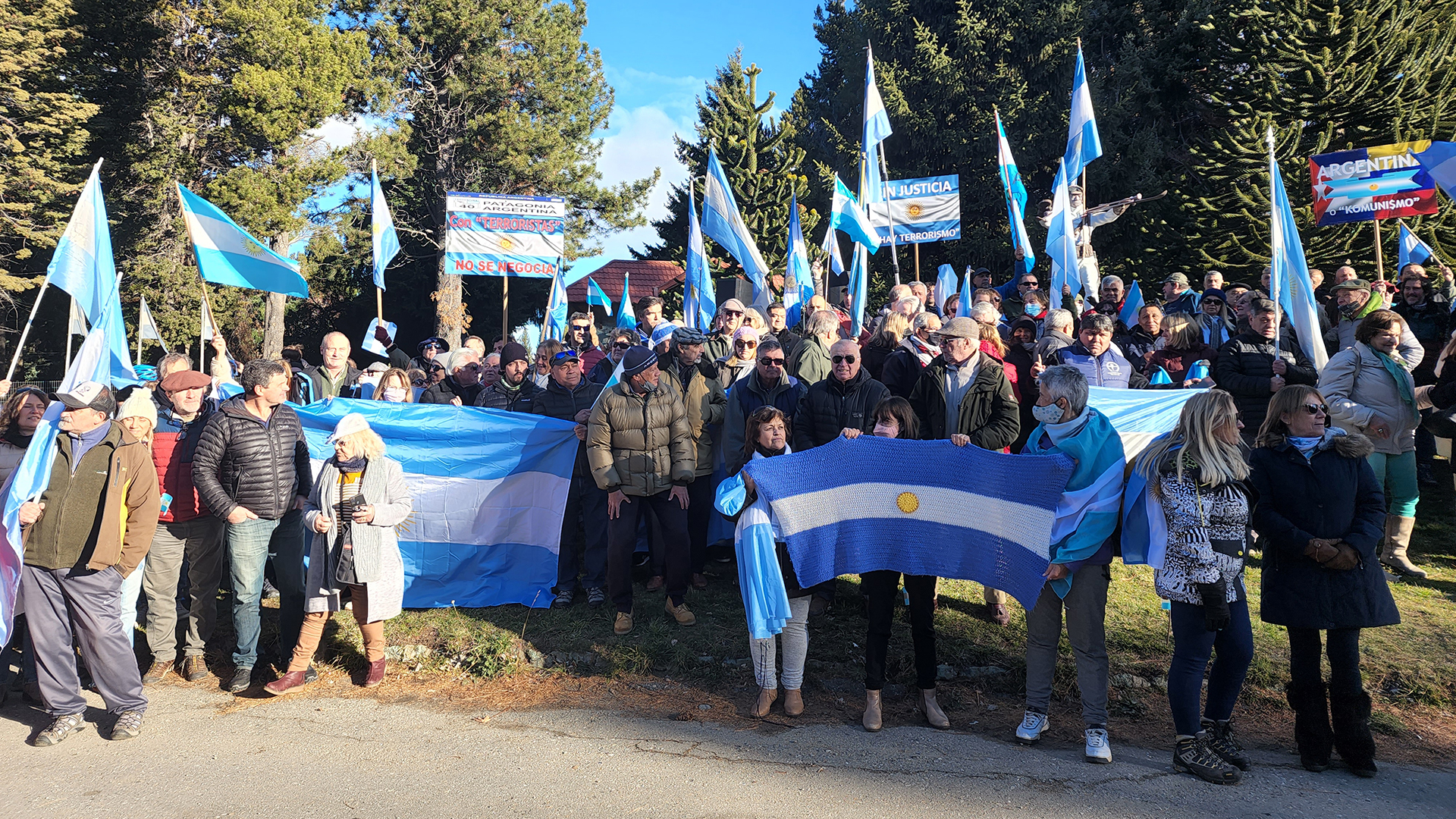 They also said that “we are living in moments in which our natural resources are easy prey for seizures and occupations. There is no justice or law that sets limits or order, as is the case with Villa Mascardi, Cerro Ventana, Cuesta del Ternero and Mirador del Azúl, in El Bolsón” referring to different conflicts over illegal settlements perpetrated by self-styled Mapuche groups, which are still No Resolution.

“Let’s not fool ourselves, behind these abuses we know that there are political, financial and foreign interestswe are witnessing the destruction of the natural and cultural heritage of our Patagonia” they denounced.

At least three Mapuche communities – among which is the Millalonco Ranquehue – expressed their rejection of the Central Park project since it covers part of the territories they occupy. On the occasion they mentioned the right to prior, free and informed consultation, enshrined in the National Constitution and Convention 169 of the International Labor Organization (ILO), which mentions, among other aspects, that “the interested peoples must be recognized the right of ownership and possession over the lands they traditionally occupy.”

The same argument was used by Neuquén Mapuche communities when the President of the Nation, Alberto Fernández, announced the start of construction of the Néstor Kirchner gas pipeline. “If there is no consultation with the communities of the region, there is no gas pipeline”, they threatened. 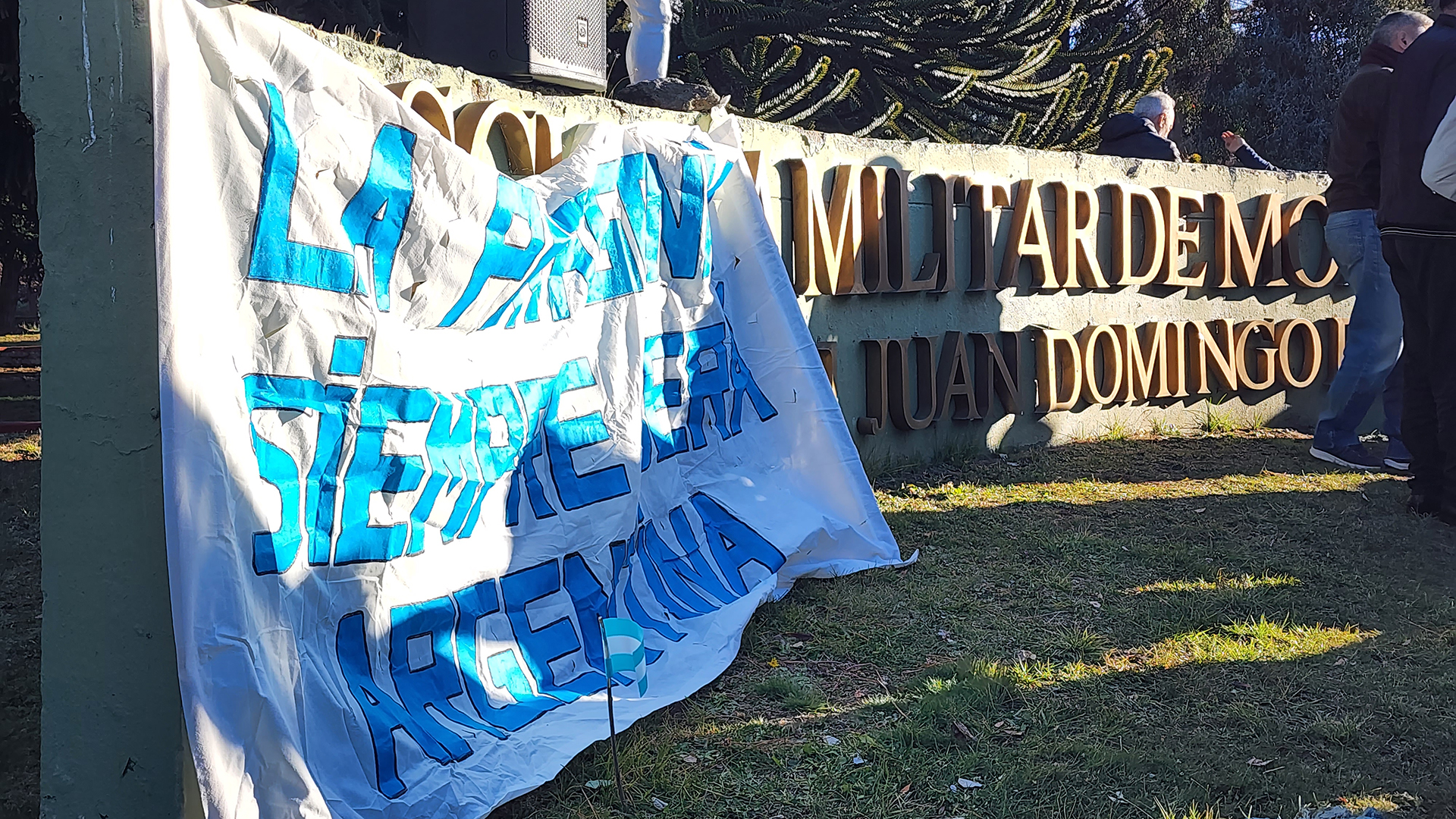 In the same opposing sense, Mapuche and Tehuelche communities of Río Negro announced that they will converge on June 10 in Viedma, capital of Río Negro, to express their rejection of the projects that the provincial government drives to promote mining and green hydrogen exploitation in territory occupied by communities. Also, to denounce the disregard of indigenous law by the judges of the Superior Court of Justice.

The provincial legislator of Together for Change, Juan Martín, was one of the representatives of that political sector that participated in the embrace of the Military School. “The government decided to abandon sovereignty and public goods, that is why we are here, to defend them, there are many of us who want to live in peace, within the law and with a government that defends order”.

Armed or inoperable? Doubts about the actions of the State in the case of handing over land from the Army to the Mapuche in Bariloche
Criticisms are added against the ruling that orders the delivery of State lands to a Mapuche community in Bariloche