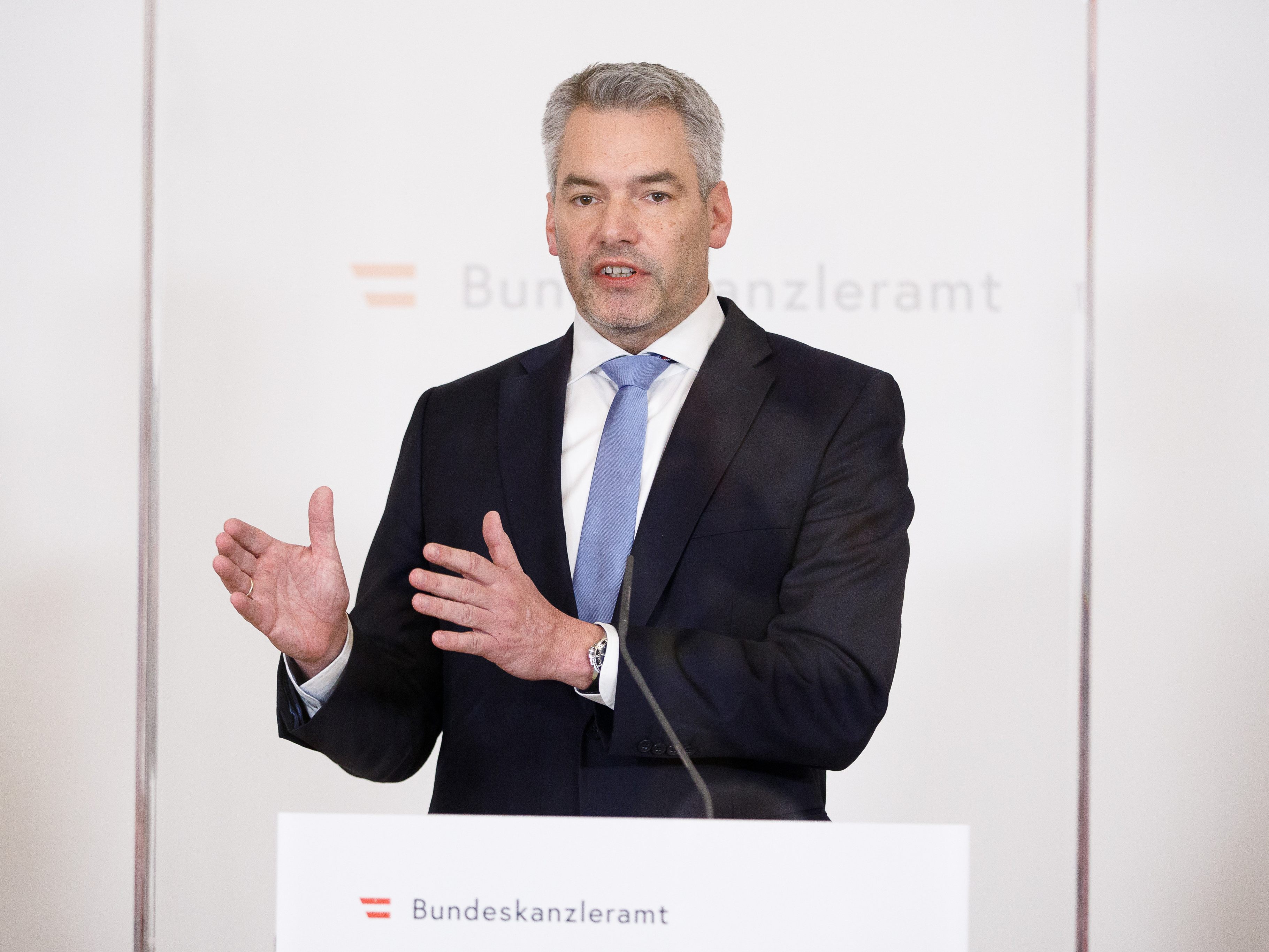 Prior to his trip to Lebanon, Chancellor Karl Nehammer (ÖVP) sharply criticized the non-functioning of the European asylum system. Austria is confronted with increasing migration pressure, Nehammer complained on Monday. Around 31,000 asylum applications had been registered by the end of June. This is an increase of 185 percent compared to the same period last year.

Nehammer: Austria took in around 80,000 displaced persons from Ukraine

In an EU comparison, Austria bears the second largest burden per capita after Cyprus and is ahead of Malta, Greece and Germany. Around 80 percent of asylum seekers would come to Europe via smugglers. The Ukraine war fueled this business further. So far, Austria has taken in around 80,000 displaced persons from Ukraine.

Nehammer also wants to address the tense situation during his visit to Cyprus in the next few days, as he announced in a broadcast. With a massive per capita burden, Cyprus has just as much to cope with. In particular, he called for an effective and capable mandate for the EU border protection agency Frontex. The increase in staff alone does not solve any problems.

“The only real solution lies at European level,” said Nehammer. “We finally need a new asylum system across Europe. It cannot and must not go on as it has been up to now. It is unacceptable for economic migration and flight to be mixed up.” The threat of famine in Africa could further fuel the situation. Criminals would also mingle with the irregular migrants.

Nehammer is leaving for visits to Israel, Cyprus and Lebanon on Monday. Lebanon has taken in the most refugees in the world.

No agreement on asylum system reform

The EU states have not been able to agree on a reform of the European asylum system for years. Several Eastern European countries and Austria strictly reject the distribution of refugees within the EU.

Great Britain as a role model?

Interior Minister Gerhard Karner (ÖVP) wants to discuss the deportation of illegal immigrants to non-EU countries based on the example of Great Britain. One should look at how Great Britain is doing or how Denmark is planning, Karner said on Monday at a meeting of EU interior ministers in Prague. “The situation with illegal migration is indeed dramatic,” said the interior minister.

An agreement between Great Britain and Rwanda stipulates that people who have entered the country illegally will be denied access to an asylum procedure. Instead, the migrants – regardless of their nationality – should be sent to Rwanda and apply for asylum there. A return is not planned. However, the European Court of Human Rights had stopped a first flight with asylum seekers in mid-June with a temporary injunction. Denmark has announced similar plans.

“I know it’s not legally possible yet, but we should discuss it and talk about it,” said Karner. Initially, it is not about specific countries, but about whether it would be possible in principle.

Karner: The economic situation is driving people to flee

Not only Austria, but all of Europe is affected. On the one hand, the smugglers are becoming more and more brazen about Europe being open because of the displaced people from Ukraine. On the other hand, the economic situation in many countries is driving people to flee.

See also  In Brazil, Bolsonaro's image tarnished by scandals over the purchase of Covid-19 vaccines

“But we also have to say clearly: That’s not what the asylum system is for,” says Karner. Austria is taking national measures through increased border controls. Karner also called for measures at European level “that we create regulations in the asylum system that do not result in what we have now”.

Austria is the second most heavily burdened by illegal migration of all European countries, although it is a landlocked country, said Karner. In particular, Karner wants to address the issues of external border protection and procedures in third countries in Prague.

In the shadow of the Russian war of aggression in Ukraine, Karner also sees increasing arms smuggling. According to the Minister of the Interior, organized crime is trying to organize its business here. Karner thanked the Czech EU Council Presidency for putting the topic on the agenda in order to be able to prevent smuggling through controls and police cooperation.

The FPÖ called for a comprehensive asylum stop package. “Talking at EU level also means years of standstill. In view of the dramatic number of illegal immigrants being apprehended in Austria, there has long been no time,” criticized the liberal security spokesman Hannes Amesbauer in a broadcast.

See also  "Why would I go anywhere?" I don't see how to live anymore