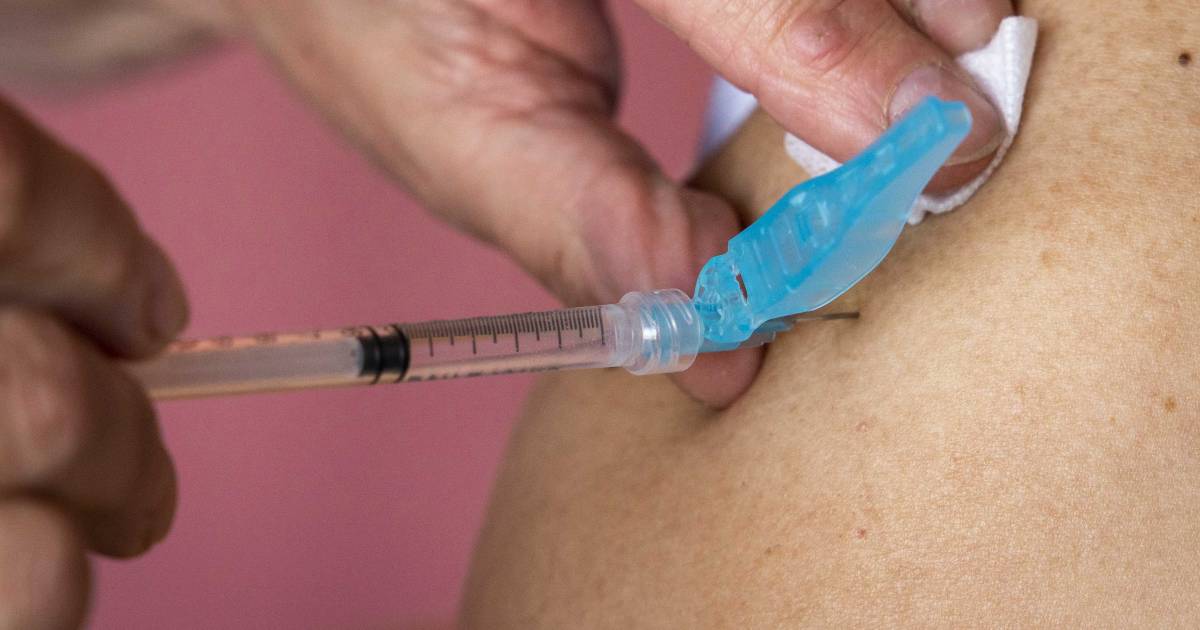 VIDEOHospitals are investigating whether vulnerable patients need more shots to be well protected against the corona virus. They occasionally see patients with weak immune systems admitted while they are vaccinated.

Several hospitals have found that people become so ill after two vaccinations that they have to be admitted. “But those are not people who are otherwise perfectly healthy,” said Bram Goorhuis, coordinator of the corona departments of Amsterdam UMC and internist. It concerns patients with a weak immune system, for example due to a disease such as leukemia or because they take medicines that shut down the immune system, such as after a kidney transplant. Those patients do not build up sufficient protection against corona with two injections.

Doctors and scientists are now investigating which people react poorly to a vaccination and whether those patients need more than two shots. “We would prefer to protect those patients as well. It can work if we offer more injections”, says Goorhuis.

Ideally, we also want to protect those vulnerable patients well. It may work if we offer more shots

The hospitals conduct research into various groups. For example, the immune response of about eight hundred people, including more than five hundred patients who are receiving chemotherapy or immunotherapy for a solid tumor (originated in an organ or tissue), is measured 28 days after the second vaccination. “Then we hope to see which patients do not have a good response. This may depend on age, type of cancer and therapy. We don’t know,” said Liesbeth de Vries, professor of medical oncology at UMC Groningen.

France has already decided to give vulnerable people with a bad immune system a third shot. Research has shown that only 17 percent of these patients are sufficiently protected against corona after a first injection, after a second injection this applies to 45 percent. That is why the French find it necessary to give these people a third vaccination after four weeks.

Maastricht UMC examines all infected patients who enter after vaccination to ensure that the disease is not caused by a variant of the coronavirus. So far, however, that does not appear to be the case. “We were able to establish that it happened due to an insufficient immune response in patients with other disorders,” explains internist Coen Stehouwer. The hospital warns that it is therefore still important to comply with the measures.

This picture fits within the ‘margin of error’ of vaccination studies, where there is no 100 percent coverage, but a much smaller chance of admission

Although the hospitals note that the vaccinations do work well for most people. The number of admissions is falling sharply. Hospitals occasionally see patients become seriously ill who have (only just) received their first injection and are not yet sufficiently protected. “This picture fits within the ‘margin of error’ of vaccination studies, where there is no 100 percent coverage, but there is a much smaller chance of admission,” says Annemarie Buntsma, spokesperson for the Flevoziekenhuis.

There are also a few vulnerable elderly people in Maastricht UMC who have already received their vaccinations. “They are over 85 and often have underlying conditions, such as heart and lung disease. The elderly generally have a reduced response to the vaccination”, according to internist-infectiologist Astrid Oude Lashof.

Nevertheless, according to the hospitals, the signals are mainly positive. “We are investigating corona breakthroughs in nursing homes and among our staff. There are, but those people have had mild complaints to date”, explains Corine Geurts van Kessel, medical microbiologist at Erasmus MC in Rotterdam.

Watch our videos about the corona vaccine below.