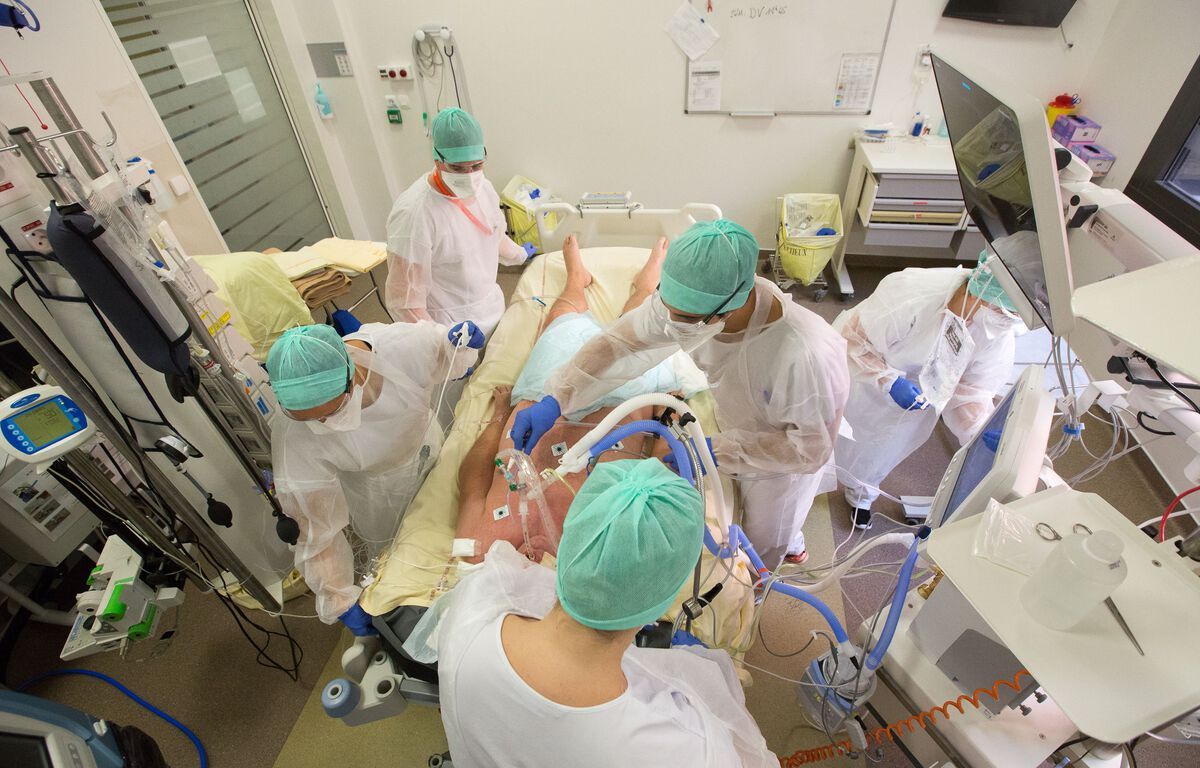 With the Covid-19 crisis, hospital resuscitation services have been in high demand. Over the reports, the French were able to discover the care of the most serious patients, oxygen therapy or the need to position some of them on their stomachs when they were in acute respiratory distress syndrome. Necessary treatments but which are not without consequences for those who experience them. More than half of them developed a post-resuscitation syndrome according to a study conducted by the Toulouse University Hospital on a cohort of patients who went through the Rangueil resuscitation during the first and second waves, between March and October 2020.

“We wanted to look at the quality of life of patients in the first and second waves between three and six months after their passage in intensive care. We therefore recontacted 52 patients by telephone, others by teleconsultation. We asked them if they had any psychological or muscular problems, pain, mobility or nutritional problems,” explains the doctor Fanny Bounes​, anesthetist-resuscitator at Rangueil Hospital who supervised Alizée Assad’s thesis on the subject.

Six months later, “more than 70% had a long Covid”, continues the practitioner, also secretary of the resuscitation committee of the French Society of Anesthesia and Resuscitation. Some of these patients had trouble standing up, others had trouble sleeping or found themselves out of breath on the slightest effort. Whether they were 19 or 80, the vast majority therefore had an alteration in their quality of life. “Seven out of ten also showed signs of depression. One of the patients who stayed in intensive care for a long time indicated that he had nightmares months after being released. Nearly 40% also have pain that did not exist before, often due to positioning in intensive care, ”continues the practitioner.

The prone position, if it allows the patient to breathe better, can thus cause lesions when the nerve endings of the shoulders are compressed. Cases of lesions of the corneas of the eyes are also reported, as well as joint disorders linked to deconditioning. Not to mention the consequences of tracheotomies. So many disorders that are not always followed.

To improve screening for post-resuscitation syndrome, and better manage them in the future, the Rangueil multi-purpose intensive care unit has integrated a larger study called Algo-Réa led by the Nantes University Hospital. With the objective of including all patients released from intensive care and learning more about these chronic pains by making a diagnosis three to six months later.

“Until now, these patients were not particularly monitored. We are now going to set up a multidisciplinary consultation in day hospitalization, to work on the various disorders. This will also allow us to better detect the signs of post-resuscitation syndrome but also to improve our practices, to also question gestures that are sometimes poorly explained. The follow-up of intensive care patients, Covid or not, makes you humble, ”concludes Fanny Bounes.