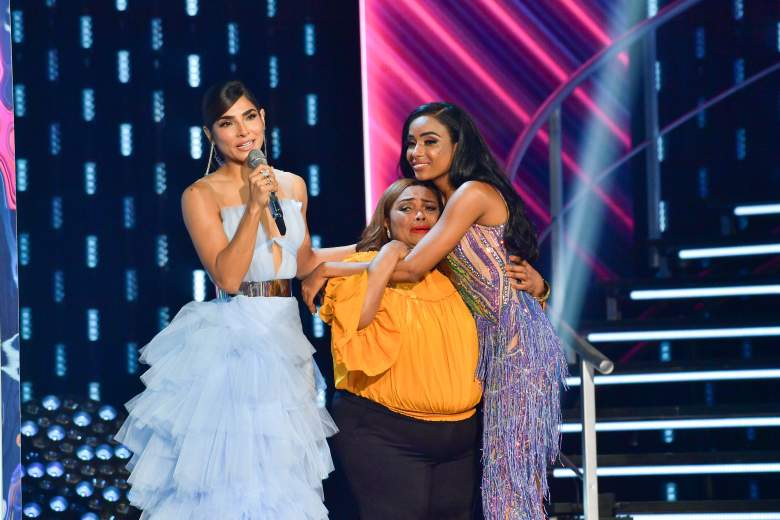 Génesis Suero and her mother meet again on the stage of Nuestra Belleza Latina 2021.

Génesis Suero starred in an emotional reunion with her mother during the sixth gala of the twelfth season of Nuestra Belleza Latina.

The young Dominican did not expect that the NBL production would surprise her with the appearance of her beloved mother after her challenge of the week in the sixth gala of the reality show.

Before reuniting with her mother, the NBL 2021 semifinalist participated in an activity with Daniella Álvarez, a member of the judging panel, who was visiting the participants at the “Mansion of Beauty”.

In the activity, Génesis Suero said that she grew up in a humble town in the south of the Dominican Republic, a place where she experienced the most difficult moments of her childhood after the separation of her parents, which caused her mother to drown in alcoholism as consequence of a deep depression.

“My mom and dad got divorced. My mother had some very hard years, where she fell into depression and that depression caused her to fall into alcohol ”, Suero confessed, referring to how difficult it was for her to separate from her parents.

“I remember my mom and dad fighting for me in court. She was not in my life when I graduated from high school or when I had surgery for appendicitis. I wanted to have my mother, I felt that life was being unfair to me because it did not give me a mother who was next to me. I spent eight years without seeing my mother and I focused on helping her and understanding why my mother was doing that, ”the Dominican model pointed out, emphasizing how hard her childhood was without having her mother with her.

When addressing the issue of her mother on the stage of Nuestra Belleza Latina 2021, the Dominican woman residing in New York burst into tears and was consoled by Alejandra Espinoza, who applauded her courage for revealing everything she experienced after the separation of her parents during his childhood.

“You are a warrior, as I mentioned earlier, you did not give up, you fought for your mother, you helped her and you supported her. It is true that your mother was not in many important moments of your life, but she is supporting you in Nuestra Belleza Latina, she is supporting you so much that she is here. We are going to welcome your mother ”, were Espinoza’s emotional words before introducing Génesis Suero’s mother on the stage of the sixth gala of NBL 2021.

“I love you my queen. Forgive me for all those difficult times that I put you through. I very much ask for your forgiveness, my love. Forgive me, my queen ”, were the words of Doña Agustina as she cried inconsolably with her daughter in the emotional reunion that aroused endless emotions, both in the talents of Nuestra Belleza Latina and in the rest of the semifinalists of the twelfth season.

Suero confessed to Alejandra Espinoza that she worked very hard to help her mother recover from alcoholism and in this way, bring her to the United States to live with her after several years apart as a result of the bittersweet experience that they both lived in. a turning point in their lives.

“The priority of my life was to help my mother and bring her to the United States. If I did not help my mother, I felt that life was not going to reward me, and that is why I am here today. I know that God gave me this because I gave everything for my mother and I am very grateful that they brought me my mother, ”said the Dominican with tears in her eyes to thank the NBL production for the pleasant surprise. 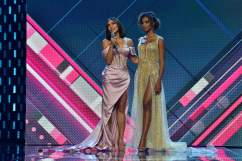