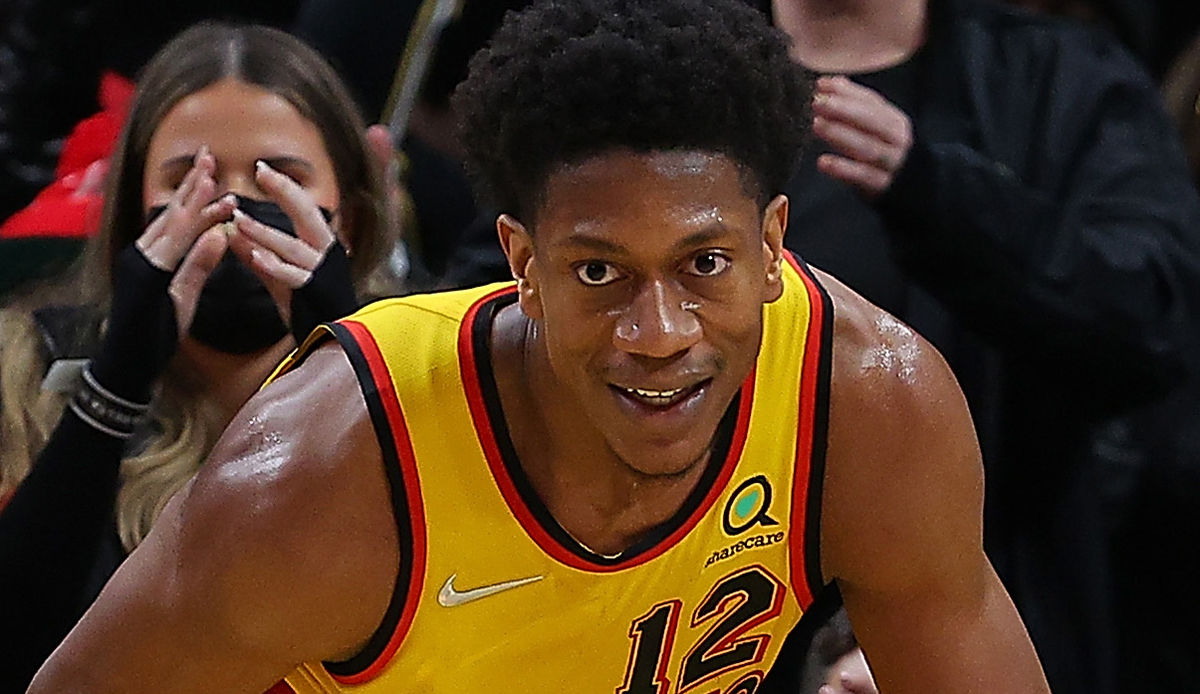 At the last minute, the Atlanta Hawks and De’Andre Hunter agreed to an early contract extension. The forward will stay with the Falcons until 2027.

The Falcons announced in an official statement that Hunter will receive $95 million over four years beginning in 2023. According to Michael Scotto (HoopsHype) 90 of the 95 million is guaranteed, no options are built into the contract. In 2023/24, the No.4 pick of 2019 will pocket around $20.1 million.

Hunter is considered Atlanta’s best option on the wing and will mostly defend the best forward opponent. There is also hope that the 24-year-old will also appear as more of a playmaker in the upcoming season, thereby relieving guards Trae Young and Dejounte Murray somewhat.

Nevertheless, there are also some question marks at the forward. In the past two years, Hunter has missed a whopping 78 games due to injuries, last year the wing played in 53 games in which he averaged 13.4 points on 44.2 percent shooting from the field and 38 percent from the three-point line.

Hunter wasn’t the only player in the 2019 class to receive a rookie extension on Monday. The Houston Rockets signed Kevin Porter Jr. extended, the contract is very peculiar for the former no. 30-choice. The Portland Trail Blazers have come to terms with Nassir Little. The forward gets $28 million for four years.

As a result, eleven players from the 2019 rookie class received a rookie extension, which is a new record. In addition to the three players mentioned above, since July 1 Zion Williamson (Pelicans), Ja Morant (Grizzlies), RJ Barrett (Knicks), Darius Garland (Cavs), Tyler Herro (Heat), Brandon Clarke (Grizzlies), Jordan Poole (Warriors ) and Keldon Johnson (Spurs) have agreed to terms with their teams on extensions.

NBA: All Rookie Expansions at a Glance

Others, on the other hand, left empty-handed, including Grant Williams of the Boston Celtics, who the Celtics were reportedly looking to extend early. Here’s an overview of which players in the Class of 2019 will enter Restricted Free Agency next summer:

NBA: These players are headed to restricted free agency