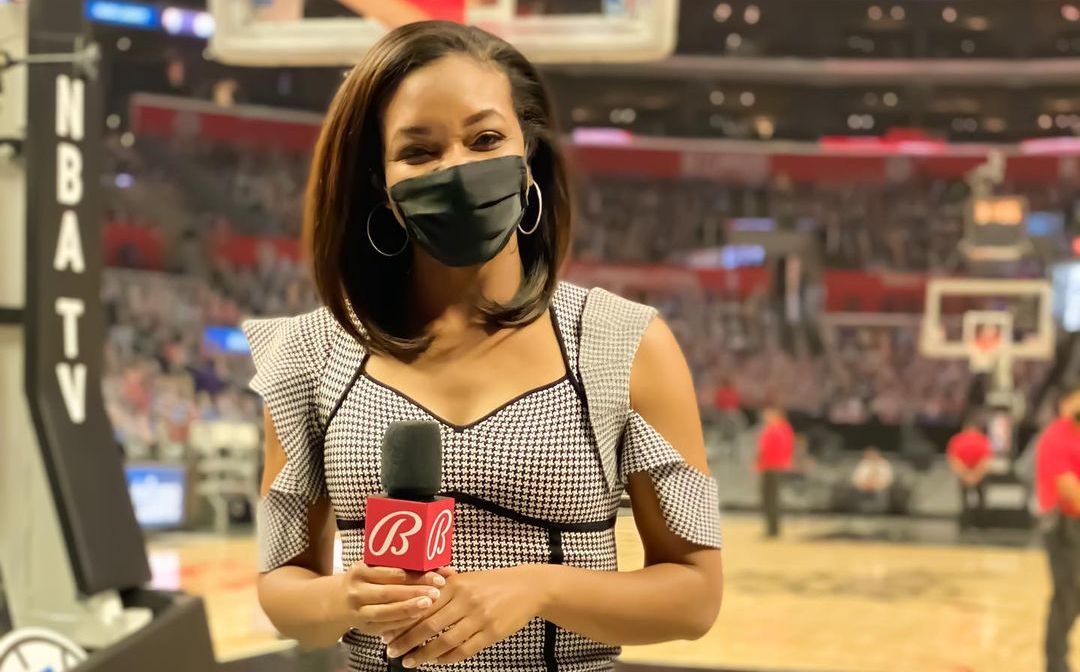 The NBA and NFL reporter Kristina Pink experienced an awkward moment while doing her job on the most important basketball courts in the world, Well, he suffered a spectacular fall after interviewing a Los Angeles Clippers player.

When the communicator finished interviewing Amir Coffey, she slipped on some water that was on the floor of the Crypto.com Arena, after the Clippers and Atlanta Hawks duel last Sunday, January 9 and the moment was recorded, so it went viral on social networks.

In the video it is clearly seen how Pink falls directly to the floor face down, which is why part of his face hit the ground, leaving a worrying image. After the incident, Coffey, other teammates and people close to her helped her to stand up, while the broadcast showed images of the game.

After her accident, of which she also saw the funny side and laughed at herself, The American football reporter also informed her followers on Twitter that she was fine despite the spectacular fall.

“Thank you all for asking, there was water on the floor, I appreciate all your messages“Pink wrote on social media.

For everyone asking, I’m ok ❤️ There was water on the court… Appreciate all the messages.

Who is reporter Kristina Pink?

Kristina Pink is an American journalist born in Miami, where he attended high school in Pembroke Pines, in addition to studying and graduating with a degree in Telecommunications at the University of Florida.

He began his journalistic and television career during his university years doing reports on campus athletics, in addition to being a radio and TV sports commentator.

He is currently part of Fox Sports, where he covers the NFL and NBA, a job he began doing in 2012. when he entered the network’s ranks, and is now a part of Thursday Night Football’s FOX Sports.