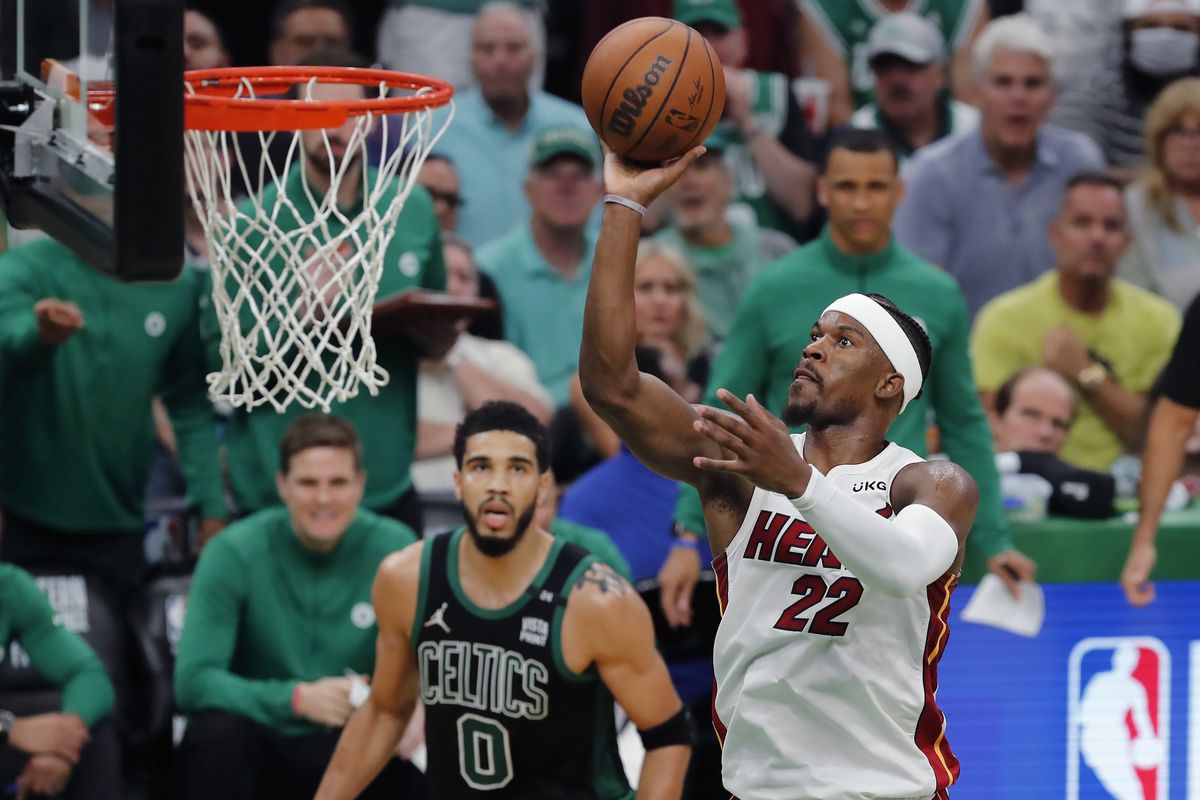 At the end of the match, Udonis Haslem, legendary forty-year-old from the Miami Heat, approached the microphones of American television and, still wearing the match kit, thanked Draymond Green. The Golden State Warriors power forward wasn’t at Boston’s TD Garden, not even in Massachusetts. But Haslem had his motives. A few hours earlier, after certifying his pass to the NBA finals against the Dallas Mavericks, Green had assumed that his team, the Warriors, would face the Boston Celtics in the fight for the NBA title. . Jimmy Butler did not think the same, who, on a night of atonement, shattered Green’s prediction into a thousand pieces and forced Game 7 of the Eastern Conference finals (103-111) with an unprecedented display (47 points, maximum scoring of his career in the playoffs).

It was the only chance for the Heat, who arrived in Boston with a bad feeling, on the brink of elimination —forced to win— and without Tyler Herro, he was out for the third consecutive game due to a sore groin. The Celtics, very favorites in the bets, had left Erik Spoelstra’s men under 82 points in the last two games. However, nothing foreshadowed that, faced with a green tide of 19,000 souls, Jimmy Butler would do the impossible.

In the only matchup of the tie tied from start to finish, the Heat forward became the player with the most games of 40 points in these playoffs (four), ahead of Luka Doncic and Giannis Antetokounmpo (three). Accompanied by the success of his teammates’ shots (43% in the triple), Butler prevailed over all the predictions, which, based on the last two games of the series, pointed to a comfortable victory for the Celtics to reach their goals. first NBA Finals since 2010.

It was not so. Although Jayson Tatum did his best. The Celtics forward, far from his best level in Boston’s previous defeats in the series, sealed a magnificent night individually (30 points), improving his percentages in all sections of the game: 75% shooting from the field, 57% on the triple and 100% on free throws, where he scored all eight shots he attempted.

It was not enough before the frenzy of Butler, who put the team on his back in a game that reached the last two minutes with a tie on the scoreboard. There, with the Boston fans raising the noise to unsuspected decibels, the ’23’ of the Heat, yesterday in white, looked at the scoreboard and, given the urgency of the shot clock, entered the basket like an exhalation to force a 2+ 1 against Al Horford’s useless defense. Bam Adebayo, who was already waiting under the hoop, angrily celebrated the action of his teammate. Pat Riley and Alonzo Mourning, in suits, did the same from the stands.

Soon after, with 46 seconds to go, the Heat had a kickoff with just two seconds of possession remaining. All eyes, of course, pointed to the same. Defended by a tough Marcus Smart, Butler took Max Strus’ lob pass and, after a fake reverse, scrambled up to the Boston dugout and made the basket at the buzzer. Six ahead for the Heat. Silence.

The Celtics pulled one back in the ensuing action and, with 15 seconds to go, enjoyed an attack to serve up a finish not for the faint of heart. Determined, Jaylen Brown went straight to the basket, but he did not count on Victor Oladipo’s roguery, who petrified under the rim to, through review, cause an attacking foul that would be final. Glory to Jimmy Butler and victory, one more, for the Heat, who will host the Celtics in Florida to decide who advances to the NBA finals. However, the feeling is that the real winner of the night is the team that awaits them there: the Golden State Warriors.