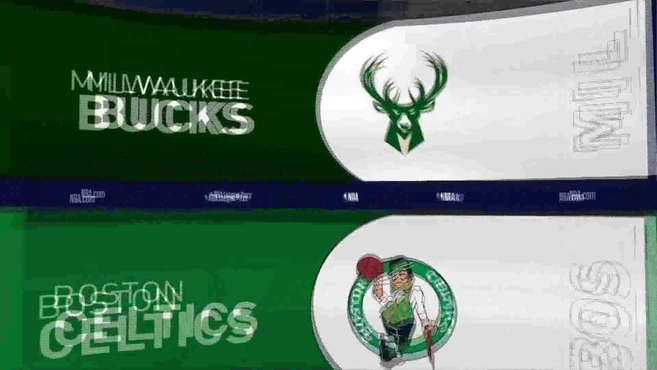 NBA PlayOffs 2022: Antetokounmpo and Holiday silence Boston and put the Bucks one game away from the Eastern finals

Cwhen andThe Boston TD Garden shouted louder, Jrue Holiday took it upon himself to silence him with an anthological cap that gave the Milwaukee Bucks victory against the Celtics (107-110) after a great game that left the defending NBA champions just one step away from the Eastern final (2-3).

In a memorable duel with all the emotion and intensity of the playoffsthe Bucks turned around a 14-point losing game early in the fourth quarter thanks to two key plays in the final 15 seconds: A huge jumper after an offensive rebound by Bobby Portis and a shot by Jrue Holiday off Marcus Smart as the Celtics looked for a game-winner.

The point guard not only kept the ball after blocking Smart, which gave the Bucks two free throws to get +3, but also stole the ball back from Smart on the last play of the party.

Stunned were the Celtics, who had been very balanced throughout the night but who will have to recover against the clock from this huge moral blow and win sos on Friday in Milwaukee to avoid going on vacation.

The historical statistics of the NBA are not on their side: after a 2-2, the team that wins the fifth game ends up qualifying 82% of the time. Giannis Antetokounmpo, who in the last quarter ended up bleeding in the eyelid after a fortuitous blow, was the leader of the Bucks with 40 points and 11 rebounds while Jrue Holiday was not only a marvel in defense but also stood out in attack with 24 points, 8 rebounds and 8 assists.

With three straight 3-pointers early on and brave contributions from Holiday and Portis throughout the first quarter, Milwaukee went ahead in the second quarter (26-28) with the feeling that Antetokounmpo was not alone to conquer Boston. Tatum and Antetokounmpo met in an attractive duel of figures early in the second quarter, but the Celtics picked up the pace and scared the Bucks to death with White leading the charge in transition.

With a voracious defense and bordering on perfection, Boston aggressively hit the Bucks zone and went on an 11-0 run with a fantastic Brown’s alley-oop for Tatum (51-38 with 3.46 at halftime).

Antetokounmpo came to the rescue of the Bucks, scoring 15 points in the second quarter and leaving the score within a manageable margin (54-47). Turnovers were the differential factor in the first half: the Celtics only racked up 2 but the Bucks bled to death with 9.

The champions come back

Two triples by Holiday and Matthews lit up the reaction of the Bucks who dominated the offensive rebound after the break (60-59 with 7.36). But Smart gritted his teeth, with three triples in the third quarter, so that the Celtics did not lose control in a stretch of the match that gave no respite.

In any case, the star that shone brightest in that third quarter it was Brown, totally inspired with 16 points in that quarter and that led Boston to the outcome with a clear boost (86-77).

Everything was on wheels for the Celtics, whether it was with Pritchard making a lucky basket when time was running out or with Tatum destroying the rim with a sensational mate (95-82 with 9.27 to go).

Milwaukee urgently needed someone to show up in attack, aside from Antetokounmpo and Holiday, and it was Connaughton who stood up with two triples (98-92 with 7.02 to go). A huge mate from Horford after a rebound in attack seemed to make the comeback efforts of Antetokounmpo and Holiday useless. But with 6 points down and 2.12 to go, the Bucks showed their pride as champions.

A triple by Antetokounmpo and another by Holiday tied the match, Portis caught a providential rebound and gave the Bucks the lead with just 11 seconds remaining, and Holiday capped off his impressive performance with a block to remember.