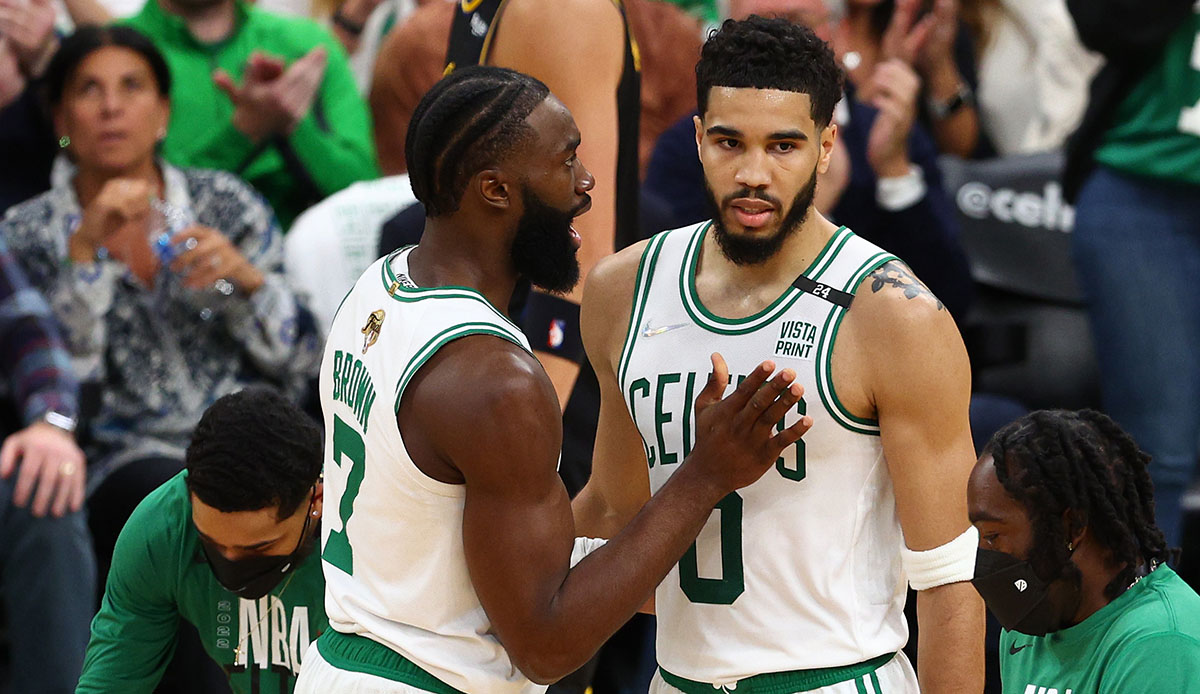 NBA Finals – 5 questions about the defeat of the Boston Celtics: The biggest construction site is getting really expensive

The Boston Celtics lost the NBA Finals to the Golden State Warriors, not least because of their own mistakes. What’s next for the team – and what went wrong in the end, especially with Jayson Tatum?

Why wasn’t it enough for the title?

First of all: The Warriors had a lot to do with it. Golden State proved to be the more experienced, smarter, overall better team across the series. The dubs had the best players, they sensed every phase of weakness in their opponents and exploited them fairly consistently. They played an impressive series, especially defensively, and towards the end they deservedly became champions.

Still, it’s appropriate after this series to pay attention to the other side’s mistakes, as Boston played its part in helping the Warriors win all of the last three games of the series. The Celtics were far less consistent in taking their chances, and they kept shooting themselves in the foot.

Their feared defense could also be seen in the finals – in the half field it was always difficult for Golden State to get points, the dubs were far below their usual offensive level. While Stephen Curry was usually able to create something, the rest of the team usually had a hard time with it, although there were exceptions.

Golden State just wasn’t dependent on its halffield offense. Again and again, turnovers by the Celtics provided transition opportunities for the other side, and Draymond Green in particular pushed the pace at every opportunity as the series progressed. And there were plenty of opportunities. 15, 18 and 23 turnovers have been produced by Boston over the last three games, just too many at this level.

In addition, the Celtics were prone to offensive rebounds (again 15 in Game 6) and too often forgot to move the ball cleanly up front. Again and again they lapsed into more statistical iso-basketball, and throughout the series they hit incredibly badly from the two-man area.

Boston lost twice despite leading in the last quarter

Defense carried Boston far in many games, but offense wasn’t enough to finish games. This was particularly striking in Game 4, where Boston could have taken a 3-1 lead, but only scored 6 points over the last 7:32 minutes. It wasn’t the only example, but probably the most important.

Head coach Ime Udoka addressed the biggest difference when he mused about the Warriors: “They are a very consistent group. They are a team that will not beat themselves. They put a lot of pressure on you because you score consistently have to to keep up with them.” In the end, Boston couldn’t do that.