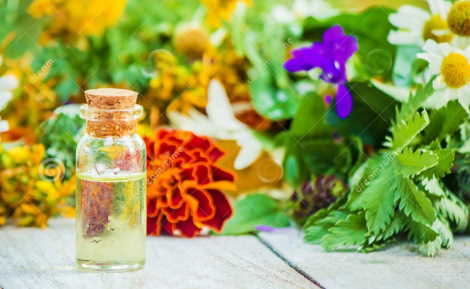 by Stefano Montanari – Man (written with a capital U) is the lord of the Universe. And, if he says so …
Without entering into discussion, accepting the claim that that tiny blue ball that is the Earth is the Universe, we must evaluate how much that lordship affects the laws of Nature, that is to say how much Nature adapts to the wishes of Man.

Wanting to be objective, the answer to that assessment is that Nature, however polite it may be, doesn’t give a damn about Man. In short, she does what she likes, and what she likes is established, perhaps undemocratically, in the universal order, that is, in a perfectly harmonious set of laws concerning the behavior of everything that exists, from galaxies as a whole down to to subatomic particles. And those laws, whether simple, complicated or unknown to us, do not admit exceptions.

A section of those laws necessarily includes the physiology of all living beings, Man evidently among them, and, in certain circumstances, physiology may not be pleasing to the living being who, then, calls that occasional condition ” disease”.

Nature and its harmony

All living beings, from the simplest cells up to Homo sapiens, have a sort of vision of themselves that is indispensable to maintain the state we call health or, having lost it, to tend to regain it. Homeostasis is the name given to the situation.
Remaining confined to Man (but the discourse, appropriately adapted, is valid for any living being), we are part of Nature and its harmony, and it is through Nature that we can tune our instrument again as if we were musicians part of a ‘orchestra.

See also  How to Find a Therapist

Thus, with the experience of thousands of centuries, just as cats do when, as carnivores that they are, they go to look for grass and eat it, we have learned to take advantage of what Nature offers us for bring us back to a health situation or, better still, not to lose it. We learned it and then, unwisely, we forgot about it. Indeed, we have done worse: between ingenuity and presumption, we have believed we can do better and we have invented a myriad of drugs synthesized in laboratories starting a few centuries ago.

We abandoned some of those because the troubles it caused were too obvious. We have added many, not a few of them at least equally deleterious, and the list of reprobates, many still on the loose, would take away many dozen dense pages.

If we had the patience and, perhaps, the modesty to compare what we are capable of doing in the laboratory with what Nature does, we would be faced with more than one surprise and some embarrassment. Even only from a technological point of view, the comparison does not even arise.

Let’s take, just by way of one of the many possible examples, the chemistry that any green plant applies in what is called chlorophyll photosynthesis. Well: what happens in the modest silence of the leaflet is something that no laboratory in the world would be able to reproduce.

Again by way of example, let us take that category of highly heterogeneous substances that we call vitamins. Once the molecule has been identified, we are easily able to reproduce it chemically and, therefore, why bother to collect what Nature contains it when we can manufacture it at will? Well, one answer is that there is nothing natural that contains a vitamin by itself. In fact, any vitamin exists always and only accompanied by a large variety of other products, often in trace amounts, which multiply the effectiveness of that molecule. Thus, a natural vitamin taken with all its “impurities” outclasses the “pure” molecule itself.

Another example is that offered by colostrum (click and choose Robur) that is the first milk with which every mammal nourishes its puppies, including us, just after birth. It is a composition that, had it been invented by someone, would have earned him a more than deserved Nobel Prize.

If the reader’s patience were not abused, it would be easy to fill entire volumes simply by describing possible examples.
This is how, taking a bath of objectivity, if we want to take care of our health, we would do well to turn to Nature in the first instance, and there would be very few cases in which this did not respond to us and did it with great advantage over our naive presumption.