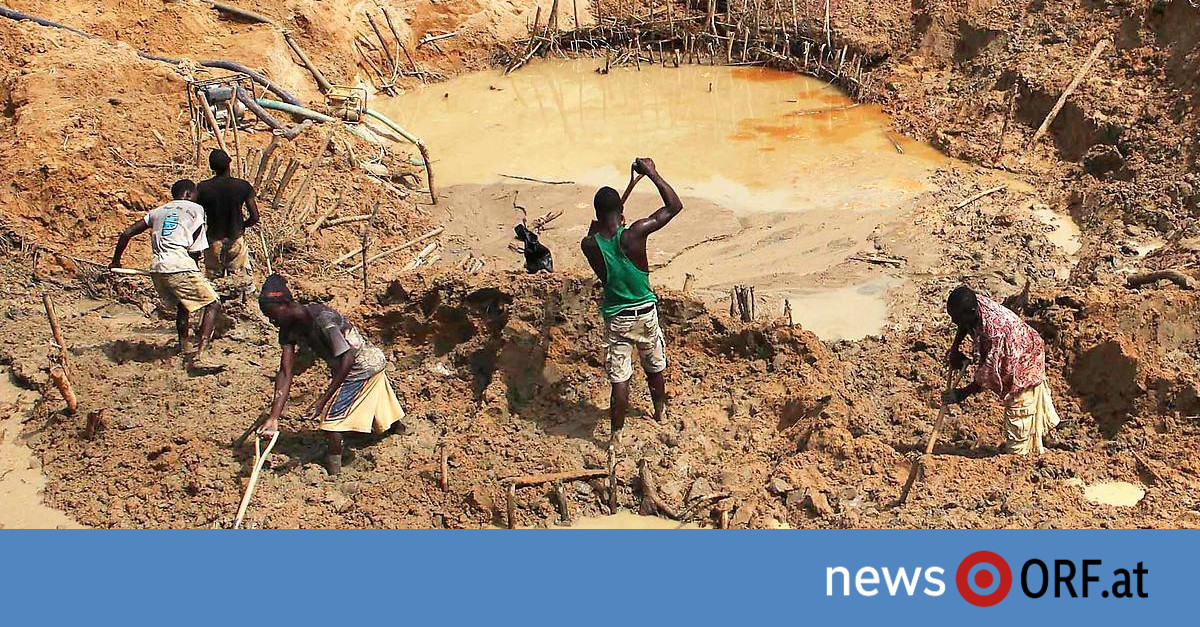 Recently passed legislation requires companies operating in Sierra Leone to obtain the express consent of local communities before starting operations. The population in the region may object to the project if they are affected by it – if the worst comes to the worst, they should also receive financial help from the government.

With the right to free, informed and prior consent, conflicts between local and foreign corporations, which have also ended fatally in the past, should be avoided. Recently, large companies clearing large areas for palm oil and sugar cane plantations have repeatedly caused trouble. The population complained about environmental damage, the loss of their livelihood and the unfair compensation for their land.

Under the previous rules, landowners received an annual rent set by the state for the use of land and area. According to observers, companies seeking to mine gold, titanium or diamonds, or cultivate palm oil, often bypassed local people through agreements with government officials.

At 71,740 square kilometers, Sierra Leone is slightly smaller than Austria. The country of almost eight million inhabitants mainly exports diamonds, metals and cocoa, but has to import industrial goods and food. But while Sierra Leone is rich in natural resources, it is one of the poorest in the world. Child mortality is extremely high, clean water and electricity are scarce.

Especially the civil war in the 1990s drove the country into the abyss. The parties to the conflict controlled the sale of diamonds and used the proceeds to buy new weapons – therefore the precious stones were also called “blood diamonds”. Then as now, the most important source of income, next to small-scale mining, is agriculture – precisely for this reason, experts say, the new rule is a milestone in terms of land rights and environmental protection.

The two new laws, the Usufructuary Land Rights Act and the National Land Commission Act, allow landowners to negotiate the value of their land with investors and prevent it from being rented out without their express consent. In addition, the protection of communities against mining activities will be strengthened. A law also repealed an old rule that prohibited descendants of freed slaves from owning land outside the capital, Freetown.

Of course, the subject of prior approval for larger projects that affect the local population in everyday life is not limited to Sierra Leone. NGOs and international organizations have long argued that governments and companies should seek the consent of local people before embarking on large-scale projects.

Liberia passed a corresponding law almost four years ago. The Reuters news agency described the move as “groundbreaking”. According to media reports, the implementation was anything but easy. Unlike in Sierra Leone, the government can also bypass the population to allow large-scale projects.

In Ecuador, the indigenous people A’i Cofan celebrated a great success at the beginning of the year. Ecuador’s Supreme Court has upheld a ruling suspending dozens of gold mining concessions. The reason given was that the local community was not properly consulted before the projects started. Indigenous communities will have to give their consent to any major projects planned in their areas or other projects that may affect their way of life.

The government wants to prevent discrimination

According to many experts, the laws in Sierra Leone have gone the farthest so far. “To our knowledge, nowhere in the world is there a legal system that gives disadvantaged communities such strong rights,” says Sonkita Conteh, who provides legal training to local communities on behalf of the non-profit organization Namati. The legal expert points to another reason for the new laws. Until now, families could easily have been robbed of their land, he says.

This is mainly because many parts of the country are subject to common law. Unwritten rules and oral traditions would determine who could own, use or transfer land, often to the detriment of certain ethnic groups and women. If there is little or no written proof of ownership, companies could easily acquire land through intermediaries.

The new laws transfer power from intermediaries such as community leaders to those who directly own or use the land – the local population. It is also stipulated that women should have equal land rights. Until now, women have often faced obstacles when it comes to property.

The legal action has also caused resistance in the economy in the past few weeks. Businesses have warned that the new laws will hamper any new land development. The director of SOCFIN, the largest agribusiness in Sierra Leone, said: “It will definitely block any investment.” The Luxembourg-based company has invested more than $150 million in palm oil cultivation in Sierra Leone. This often led to conflicts with sections of the local population.

An investor announced to the “New York Times” that he is not planning any new projects in Sierra Leone. Other companies, on the other hand, said that the population and local communities should be better informed about projects that affect their livelihoods.