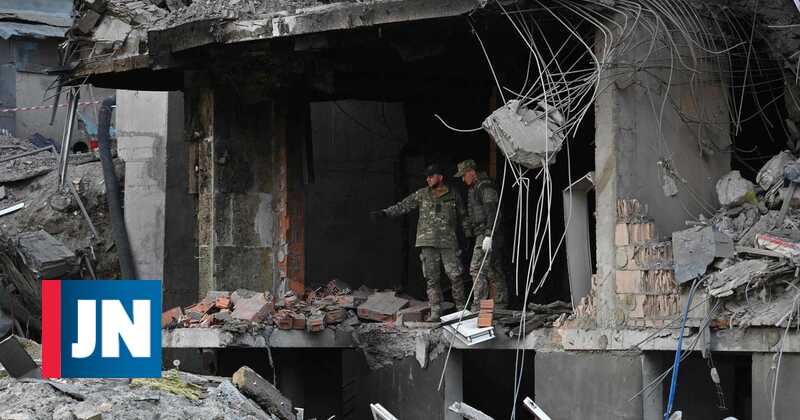 NATO will send tens of thousands of troops for military exercises across Europe. The measure was announced this Friday, at a time when Western countries seek to deter Russian aggression in Ukraine. A day after the bombings in Kiev, António Guterres assured that he did not see the Russian attack as a disrespect for him or for the UN. Here are the key points of the 65th day of the war.

– Tens of thousands of troops from NATO and the Joint Expeditionary Force will participate in the coming weeks in military exercises in Finland, Poland, North Macedonia and along the Estonian-Latvian border, and will be supported by planes, tanks, artillery and armored assault vehicles, according to information provided by the Associated Press (AP). The UK announced today that around 8,000 British troops will participate in military exercises in Eastern Europe this summer alongside NATO troops, in a “demonstration of solidarity and strength” as Russia’s invasion of Ukraine continues.

Key Points . Attack on Odessa, Good News from Mariupol and a Hollywood Presence

She is 65. ‘Brilliant’ journalist killed in Kiev attack, NATO exercises in Europe

– United Nations Secretary-General António Guterres did not see Thursday’s Russian attacks on Kiev as disrespect for him or the UN, but rather for the Ukrainian people, his spokesman said today. “The Secretary General (…) made it clear that he saw this [os ataques] as one more reason why the war should be stopped. He really took this as a sign, not of disrespect for him, but for the people of Kiev.

– Russia confirmed this Thursday that it had carried out an attack with “high-precision” weapons against Kiev the previous day, causing the death of a journalist and producer of Liberty radio. Ten more people were injured in the bombings.

– A Ukrainian presidential adviser, Oleksiy Arestovych, acknowledged that the country’s army suffered heavy losses when Moscow forces, which failed to take the capital, redoubled efforts to fully capture the eastern region of Donbass. But he indicated that the casualties in the Russian army were even worse: “We have serious losses, but the losses of the Russians are much, much greater… They have colossal losses.” The UK Ministry of Defense assured this Friday that Russian forces continue to focus efforts on the breakaway regions of Donetsk and Lugansk.

– Two Britons who worked as volunteers in humanitarian aid in Ukraine were captured by Russian soldiers, the British organization Presidium Network advanced this Friday.

– Russia denounced this Friday a Ukrainian mortar attack on a border post located in the Kursk region, in the southwest of the country, without causing casualties or material damage.

– The non-governmental organization “Human Rights Watch” warned this Friday that Ukrainian refugees in Poland, especially women and children, face a greater risk of gender-based violence, human trafficking and other forms of exploitation. The Latvian Government announced today that it is willing to invest €116 million to house, feed and support the 25,600 Ukrainian refugees registered to date in the country.

– The International Organization for Migration (IOM) appealed this Friday for the donation of around 485 million euros to support its response to the humanitarian needs of people affected by the war in Ukraine and neighboring countries. Since the beginning of the conflict, more than 7.7 million people have had to flee their homes. According to IOM data, more than 5.3 million refugees and at least 233,000 third-country nationals left for neighboring countries.